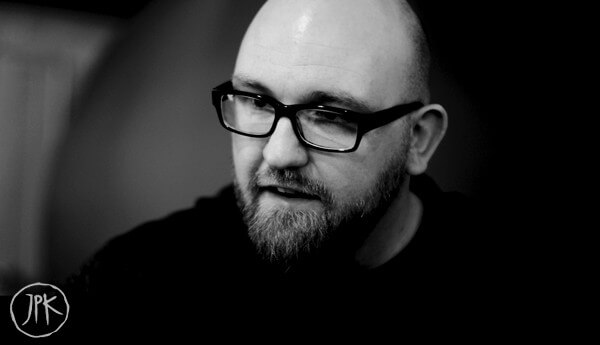 Welcome along to what is (hopefully) the first of many artist interviews we at TTC can bring you.

So let’s go on and jump right into it with arguably the UK’s biggest export in the toy scene right now.
With not one but two 8″ Dunny’s released at SDCC to go with the two 3″ versions in the “side show” Dunny series, along with killing pretty much every toy platform, we welcome along JPK!!

So…Introduce yourself, what’s your name (other than your artist/business name)?

Are you an artist from the get go, or developed through time and being in the hobby?

As soon as I realised I couldn’t be Indiana Jones ( I was 4) I wanted to be an artist. It’s changed and developed throughout the years, but looking back every step I took seems to have lead me where I am now. Through Porl or Porlzilla; we had a mutual friend who brought him around to an Xbox night round at mine years back. He was a designer and into the same kind of things that I was, we talked about toys and he recommended that I check out the making of MuttPop’s “El Panda” figure on VinylPulse. I was instantly hooked.

Who/what is your biggest influence? When you sit to create, can you describe your ideal setting? For example: do you have music playing, if so what kind/artist, what kind of drink do you have next to you and what are the tools that are a must for you to have on your desk?

Ha! My ideal setting isn’t what I have.. My ideal setting would be a massive desk full of my work, sitting in a clearing in a forest on top of a hill, with assistants bringing me drinks. More realistically it’s drawing on the sofa with a film on in the background or painting/designing at the desk with a mix of music playing.
My desk is a bit of a mess, loads of different sized paint-brushes (even though I generally only use three; small, REALLY small and large) black paints, glass paper and odds and ends of cut-up figures.

Do you have a favourite piece of art, that you created, that you cannot part with?

Not really; I’ve always been wary of being owned by my possessions. A lot of the time I think if I wanted something that I had sold I could always re-create it.

Is there anything you’re working on that you can tell us about?

I’m working on some prints at the moment, one of them ready for a Christmas release on my store. Other than customs I’m developing some toy designs for a few different companies which we’re working together on for release in 2014/15. I’m also putting together a solid set of ideas for a show for next year… I think there’s some very strong work coming through, great new artists establishing themselves and it’s becoming more mainstream without losing it’s edge. However though there does seem to be a lot of quick, cashing-in resin bootlegs that use other people’s work and steal Sucklord’s ideas that I believe is watering down the scene with very poor product. Have you got any shows coming up within the next year?

Other that group shows I’m hoping to have a couple of solo shows next year; one based around a produced toy, the other around a storyline I have…

Use social media wisely, be very critical of yourself, don’t steal ideas and keep practising.