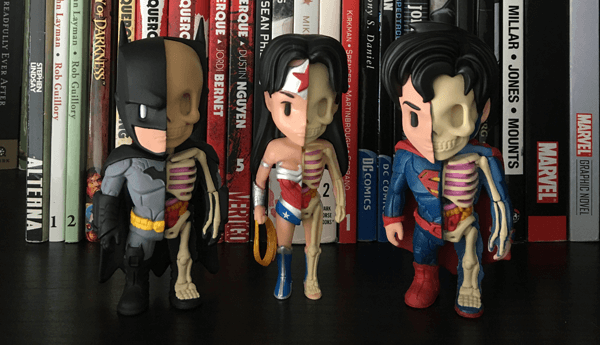 I think it is fair to say that Twenty Sixteen has so far been the year of the dissected, and that is in no way a bad thing. Mighty Jaxx have been working closely with Jason Freeny to bring us a number of Dissected series – from Balloon Dog anatomy to the Micro Schematic Femina released last month. Although today we’re all about the fairly new XXRAY series first revealed towards the end of 2015. Based in Singapore, XXRAY builds on your imagination and shows you what your favourite character looks like on the inside. Balancing good design and unique licenses, Mighty Jaxx & Mr Freeny have been working their way through the DC Justice League, and doing a damn fine job of it too. Mighty Jaxx kindly sent The Toy Chronicle the first three entries to the XXRAY Justice League collection – Batman, Wonder Woman and Superman. So lets get stuck in, shall we….

Batman is up first, basically because the Caped Crusader is by far one of our favourite super heroes. Standing at just short of 4inches, XXRAY Batman is No.1 in this XXRAY series – rightly so too – being the most recognisable member of the DC Justice League. The sculpting on this piece is outstanding. The dissected aspect certainly stands out well. The skull under the cowl is wonderfully smooth and is our favourite part of the figure. For such a smallish figure, the detail is impressive. Batman’s gauntlet gloves additional claws look great.. The figure is perfectly weighted, so no issues with standing up on its own. The one small weakness that we’ve found is the paintwork could be slightly better, nothing that is noticeable from a distance – there is a lot of small fiddly parts to this production figure, so it is understandable that some of the paint may not be as on point as you’d expect. 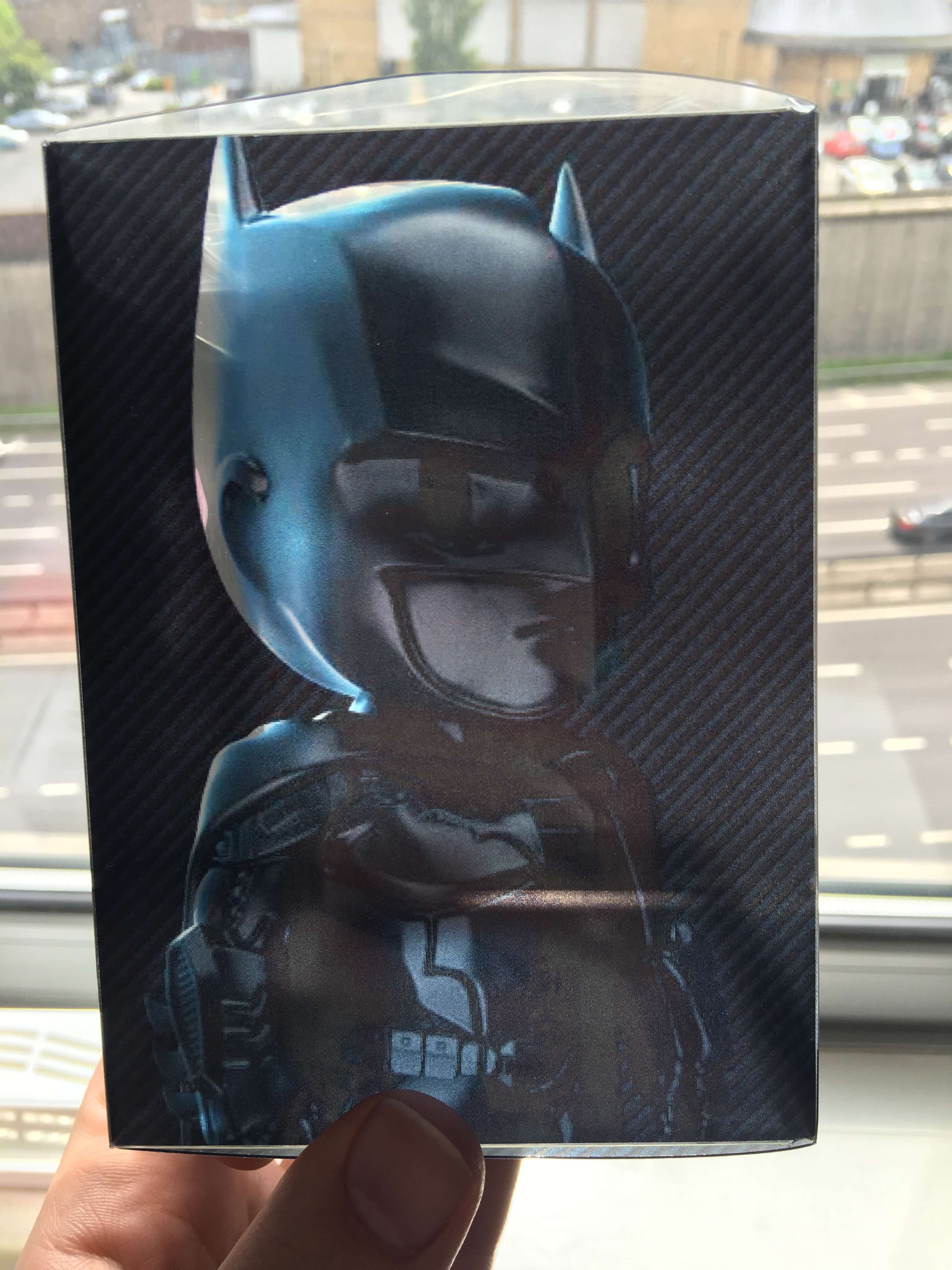 The packaging for the XXRAY DC Series is pretty nice too, although you do need some good light to fully appreciate the almost hidden print down the side of the plastic box.

Want to read our thoughts on the Wonder Woman XXRay figure, of course you do! We’ve split this review in to three parts so if you want to find out just how good XXRAY Wonder Woman stands on the next page, click on the No.2 icon below…