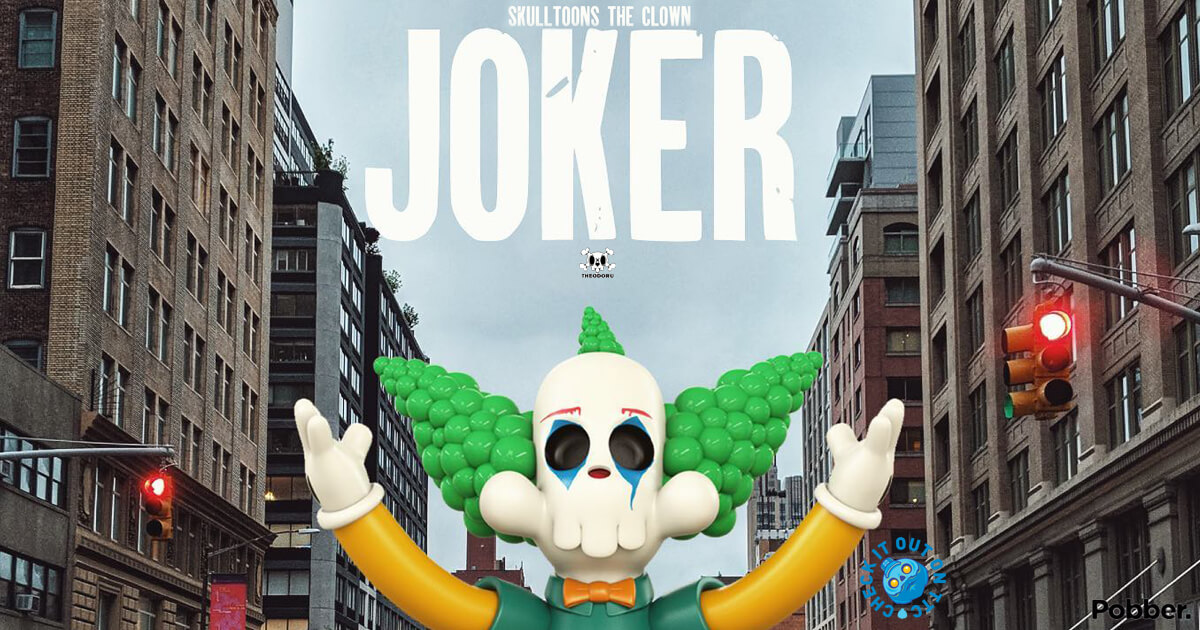 Can we get a drumroll please……. theodoru x POBBER link up for the first time to introduce to you the next Skulltoons! theodoru x POBBER presents The Clown – Joker edition.  Theo paying his tribute to the designers of classic cartoon characters, Theo Doru using his unique interpretation, giving his signature skull mask/face from his to his illustrations and designs now coming in vinyl!

Designed by theodoru, Joker is in Vinyl, measures 10 inch in height and drops Oct 27th 10pm SG / 10am NY time at https://pobber.bigcartel.com/