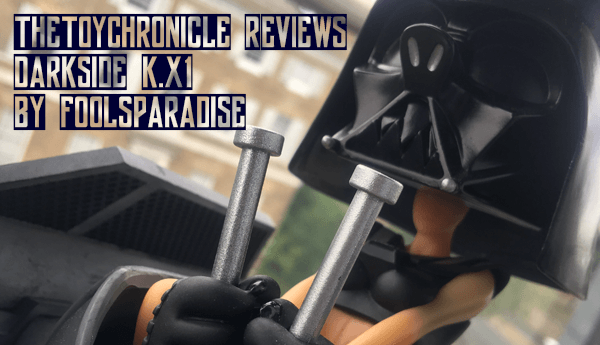 Back in May we brought you news of the release of the third Coin Rides Game by Fools Paradise – Darkside K.X1. The guys over at Fools Paradise were kind enough to send over one to The Toy Chronicle HQ for us to review. Thanks guys! So where to begin, well, when we first opened the shipping box we were presented with a beautiful presentation box. Loving the colours used. 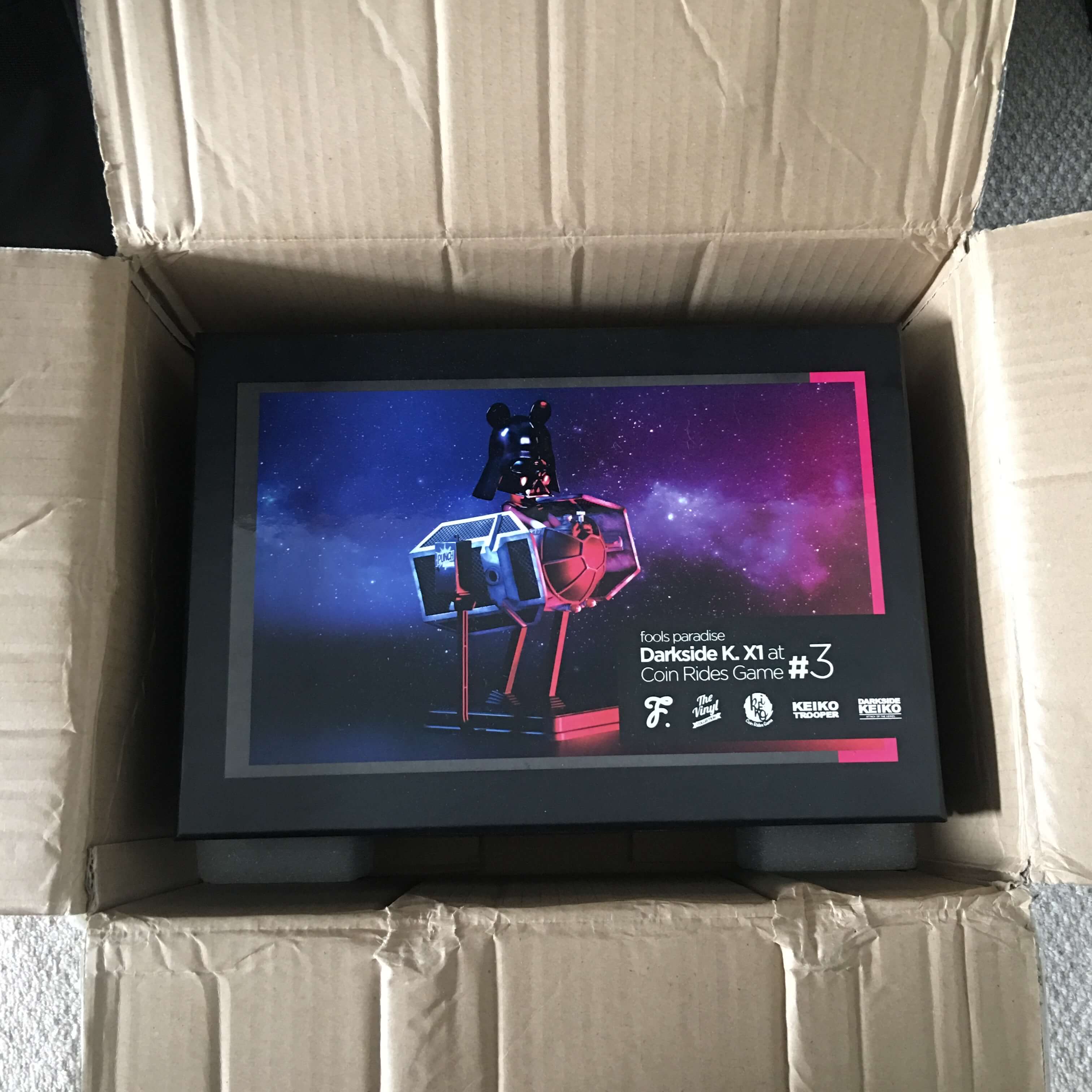 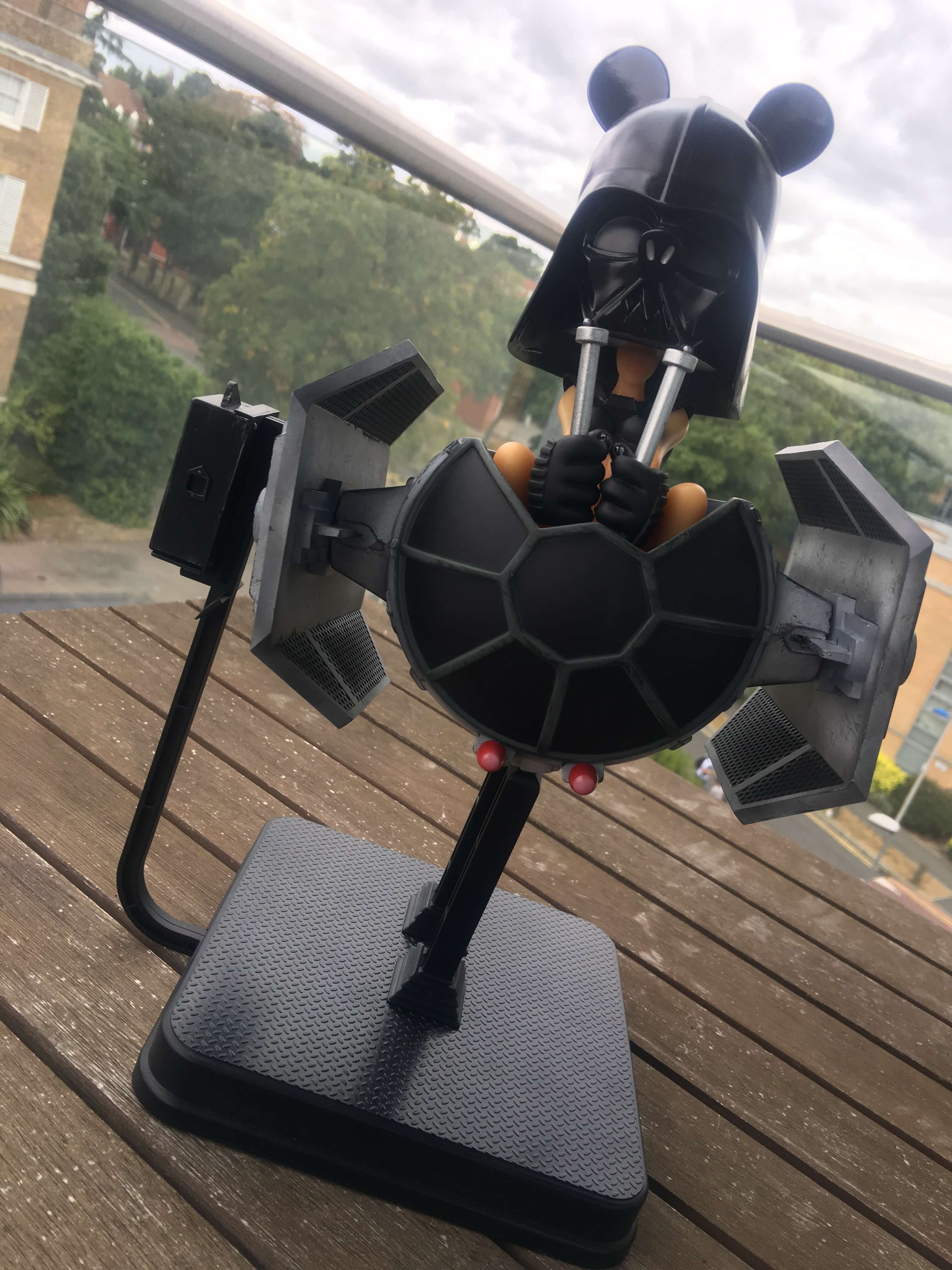 Previous incarnations of Darth Vader Keiko have seen the unmasking of Darth Vader to reveal a fleshy Winnie the Pooh head (read HERE). There was also the Darkside Keiko, pictured below. 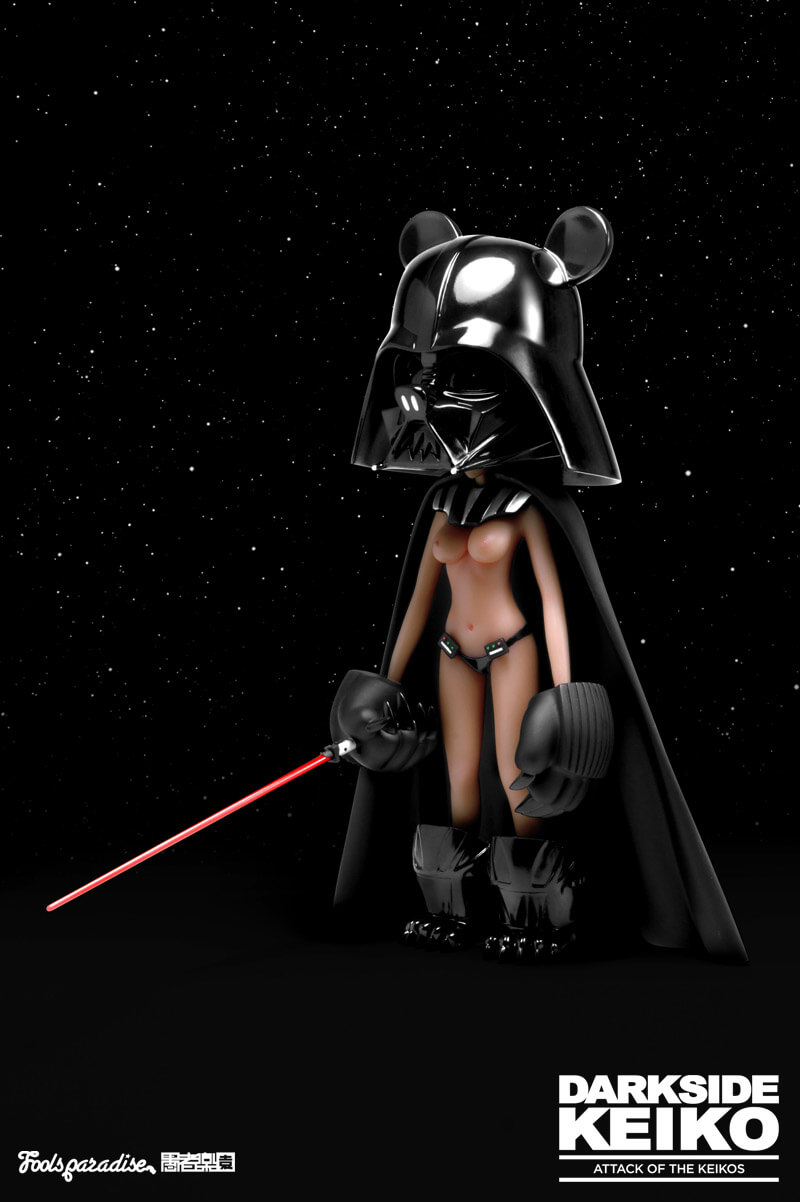 Anyways back to the Darkside K.X1 release. Keiko sits inside the TIE fighter, which has taken on the form of those coin ride games outside stores around the world. You know the ones, right? You pop in 50p and get a 30 second ride of going back & forth, side to side etc. The K.X1 also allows you to move the TIE fighter as you would expect with the ride – with their rubber ball joints. Not that you’d want to be moving it a lot, but the fact that feature exists is a great addition. 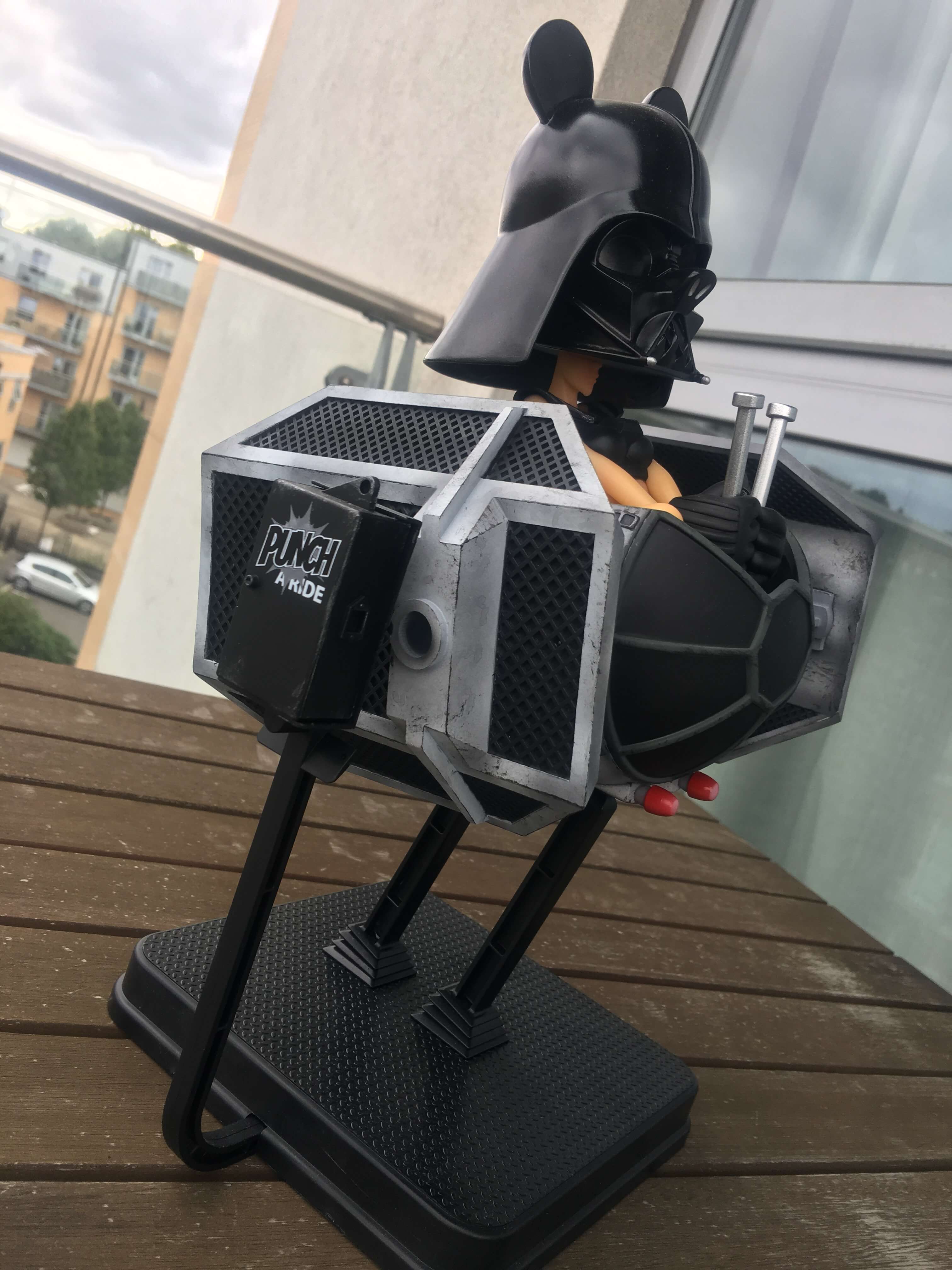 As I mentioned in my Facebook LIVE video last month, the Darkside K.X1 was a little difficult to assemble. This is more than likely down to my fat fingers. There was a comment from one of our viewers, that mentioned the K.X1 likely comes in multiple parts due to the fragile nature & potential breakages in shipping. A very fair point well made. I was constantly worried that’d snap the couple of plastic pieces that make up the base of this figure. 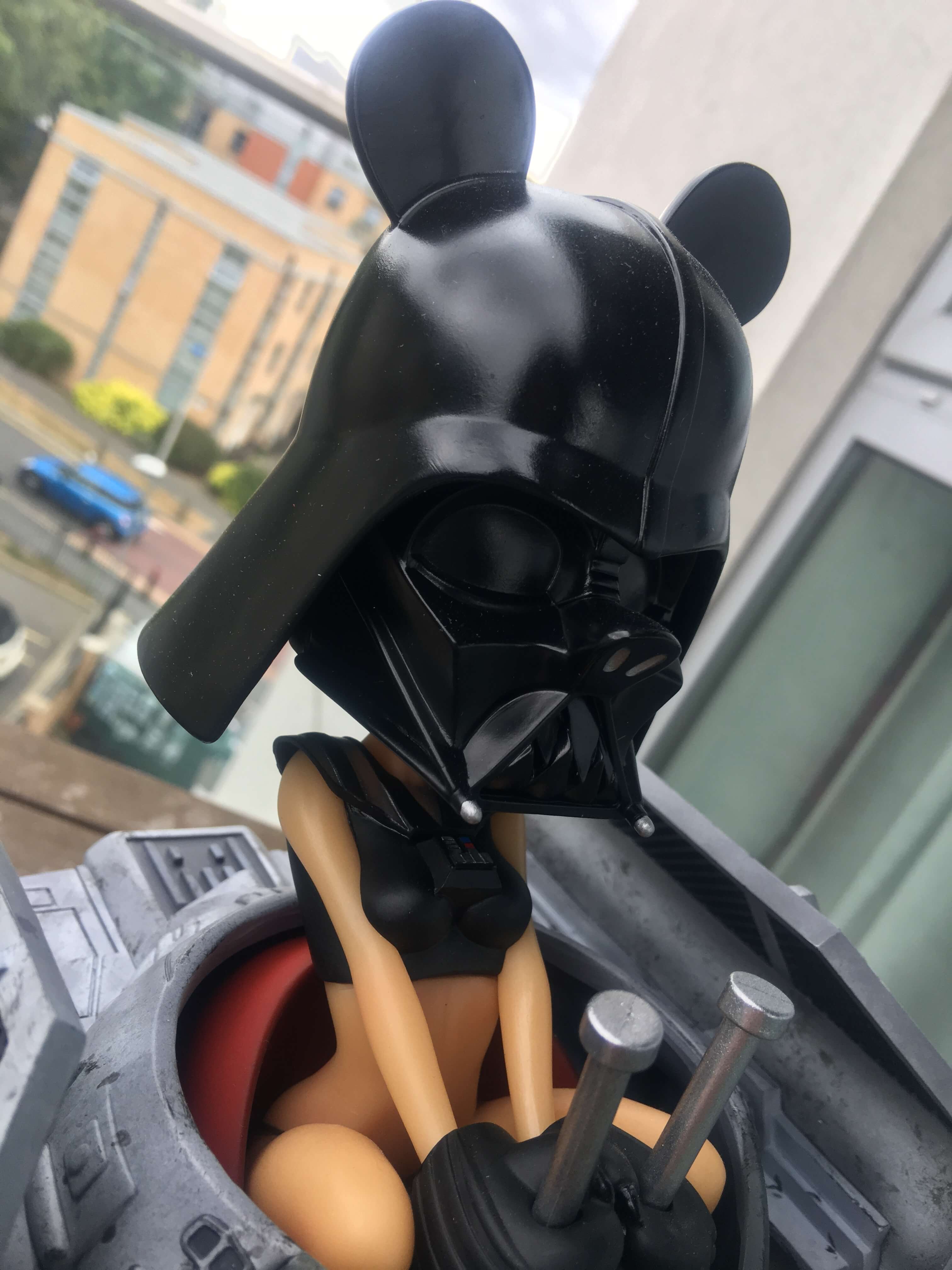 There is some real weight to the Keiko figure & TIE fighter, which we really like. Beautifully sculpted, which we’ve come to expect from the Fools Paradise team. The paintwork is on point, always great to see. 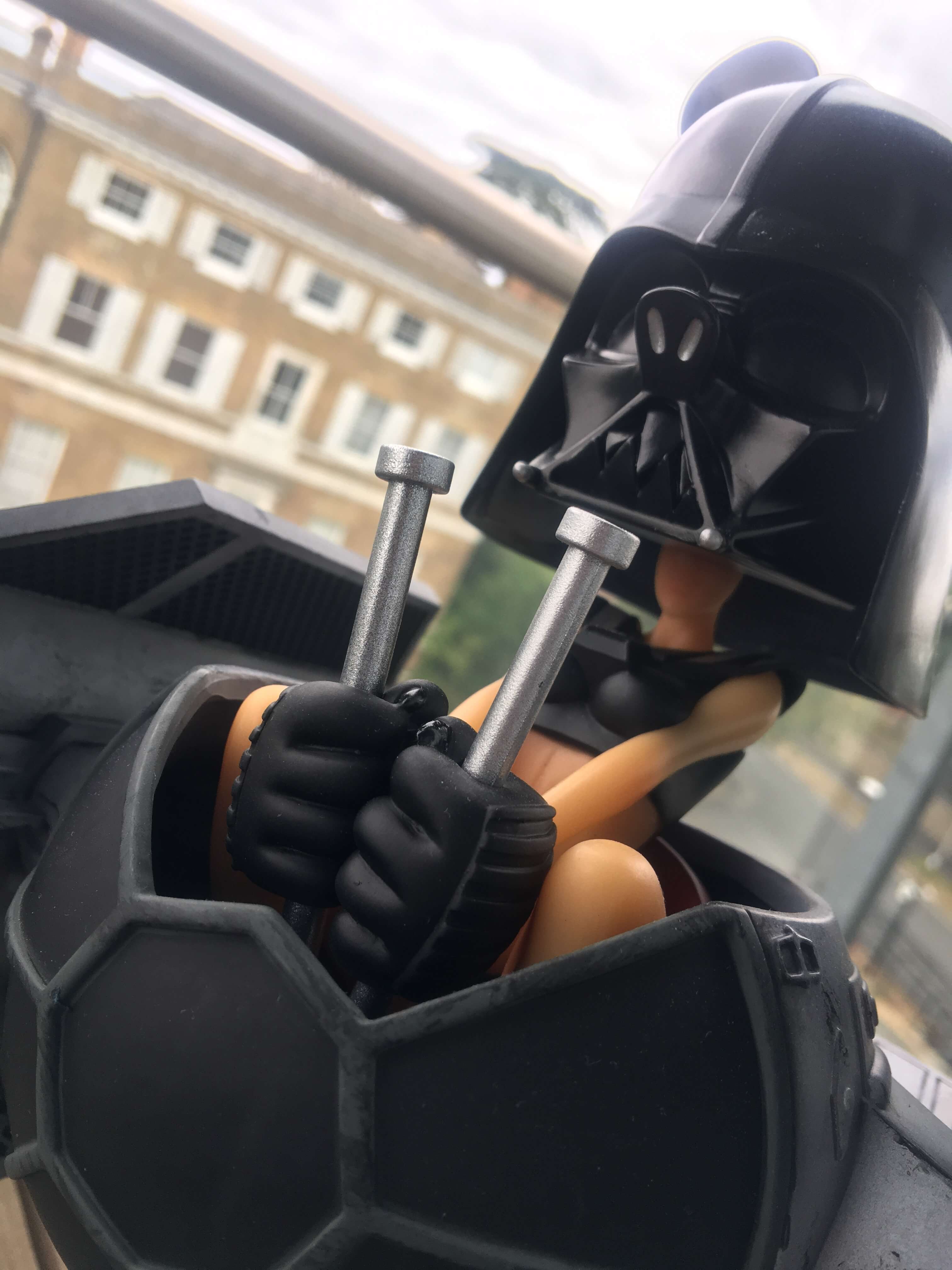 Darkside K.X1 retailed at around £200 at the time of sale, it was limited to 500 pieces per the Pre-order period. K.X1 is no longer available to purchase. 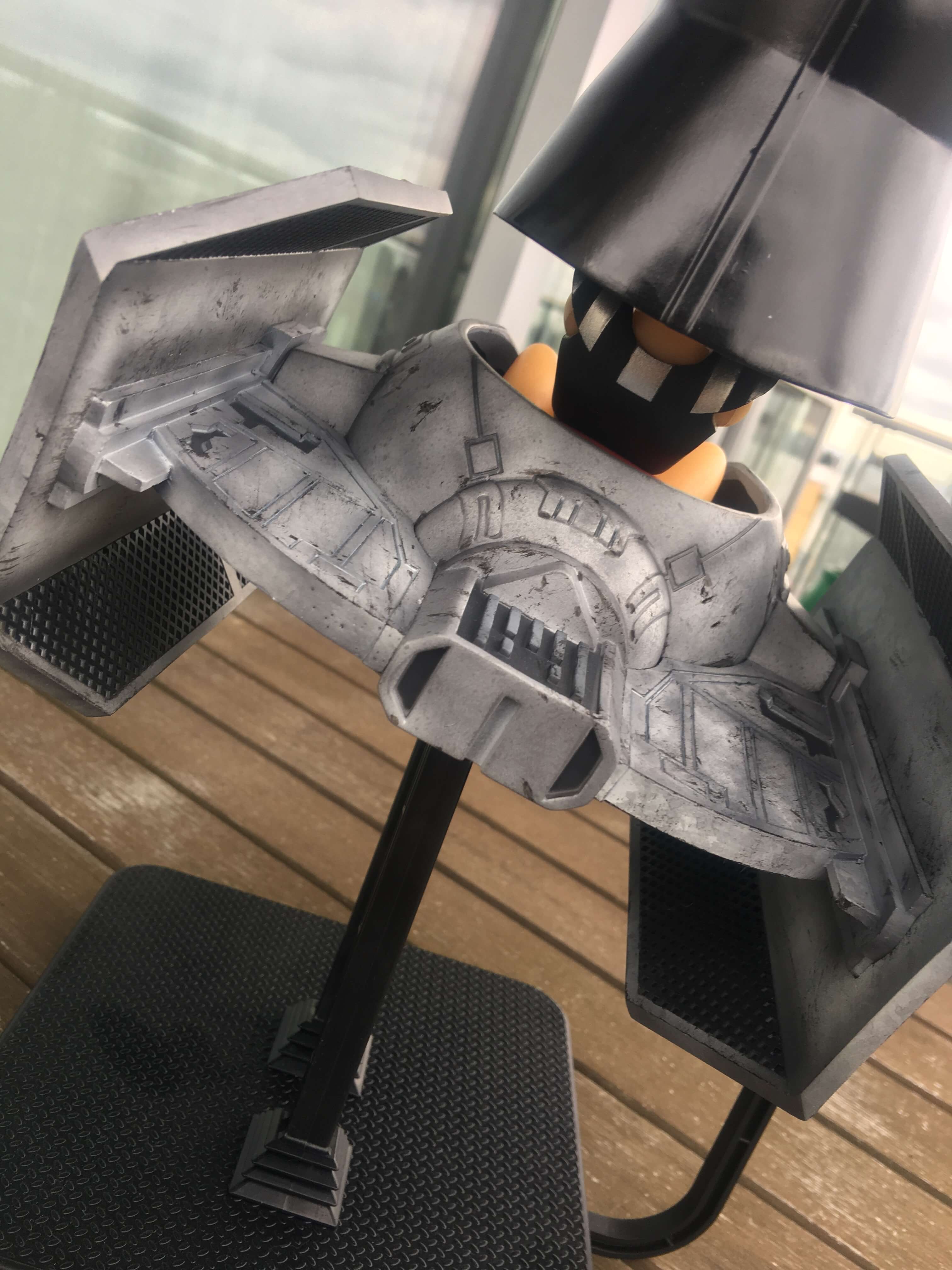 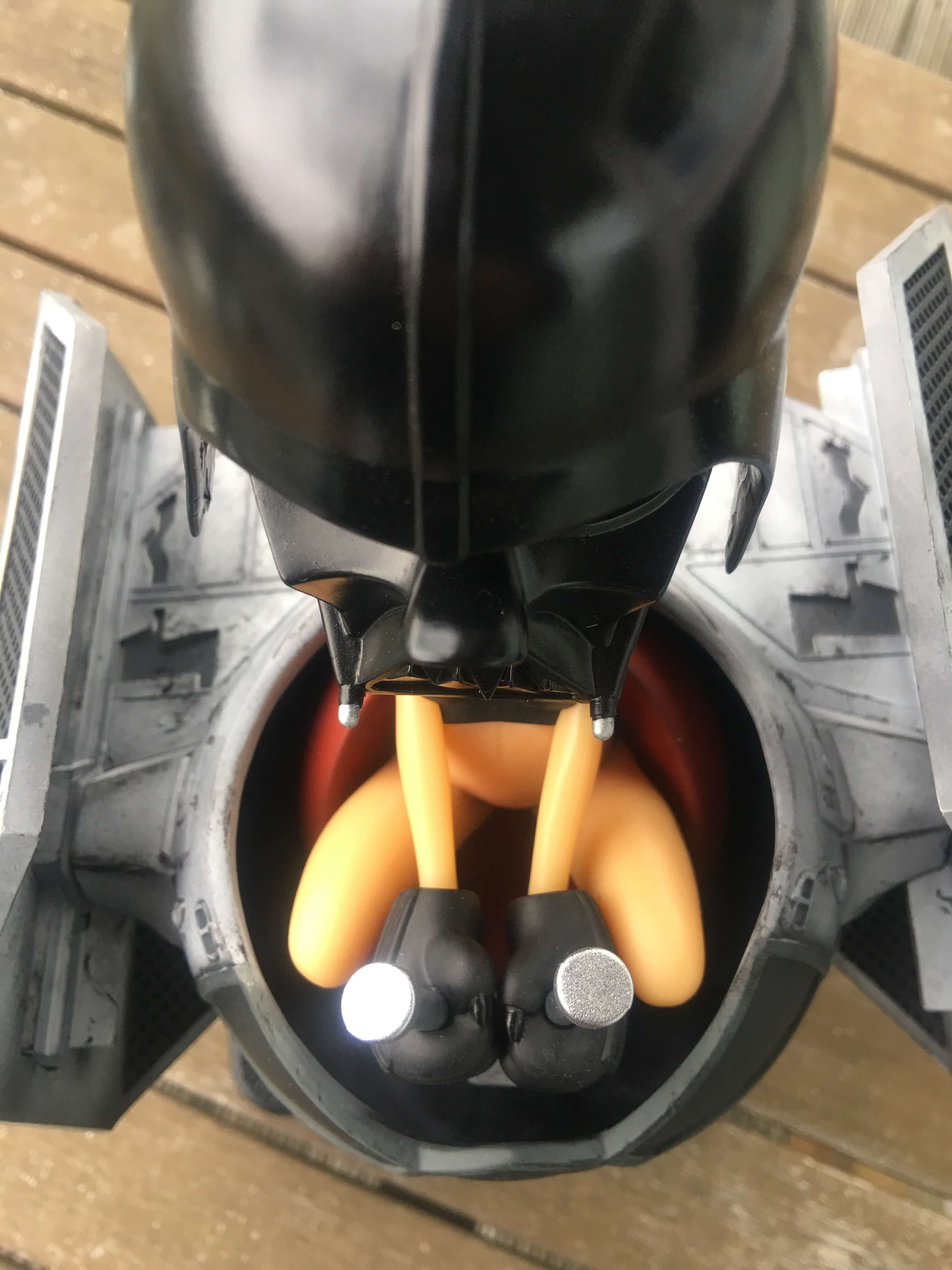 Also don’t forget to go check out Fools Paradise on Facebook, Instagram and their Blog HERE to keep up-to-date with all their releases.