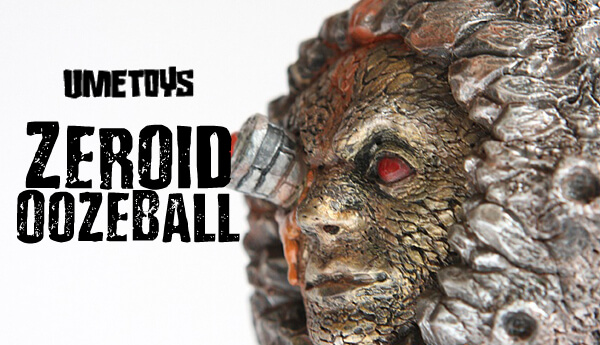 Sunday, what better way to spend it than to look at awesome custom toys with a bit of nostalgia? Well, the answer is, whatever floats your boat! But still, Richard Page, the man at UMEToys, caught us by surprise with this release, he took on the OozeBall in a tribute to 1980’s science fiction puppet show the Gerry Anderson & Christopher Burr’s  TerraHawks and that made our Sunday better.

What a great idea, using the Oozeball to recreate the spherical robots known as Zeroids, back in the day those were the real deal! It’s so nice to be reminded of that show, thanks Richard! 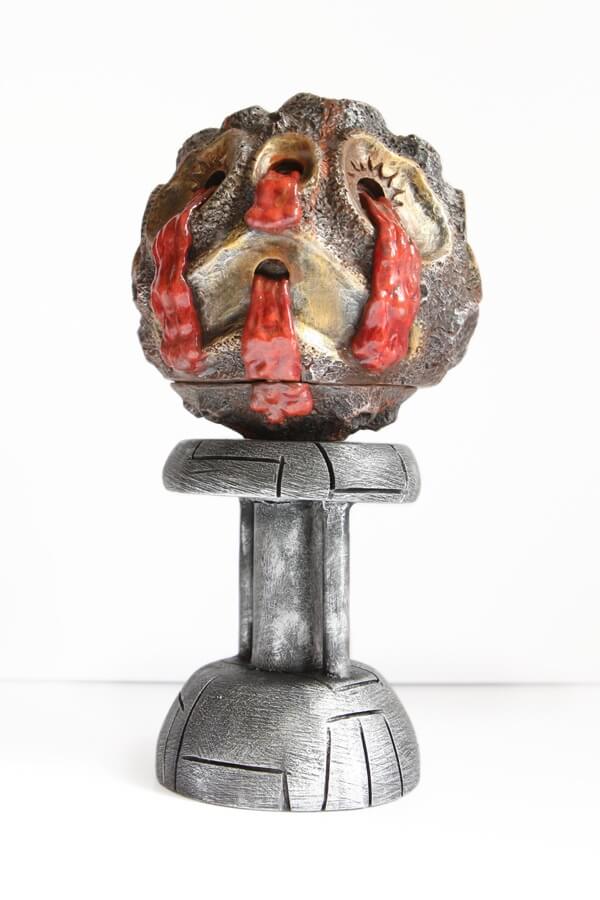 “The triple pillar stand is fabricated out of resin and metal complete with a top mounting peg to hold the Oozeball in place and is signed and dated on the base.” 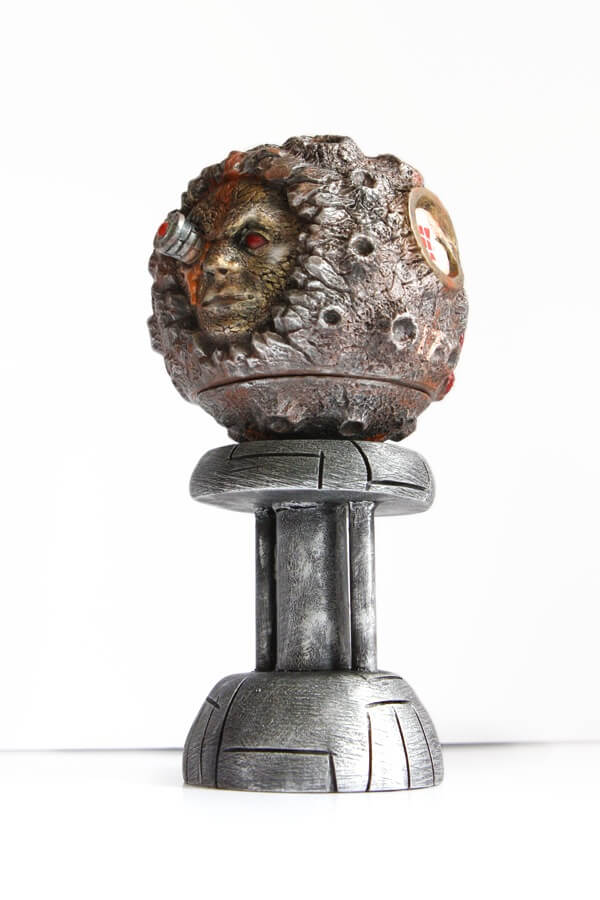 Take a look at the paint details on the Oozeball face, the figure is painted with a platinated aluminium and bronze finish; 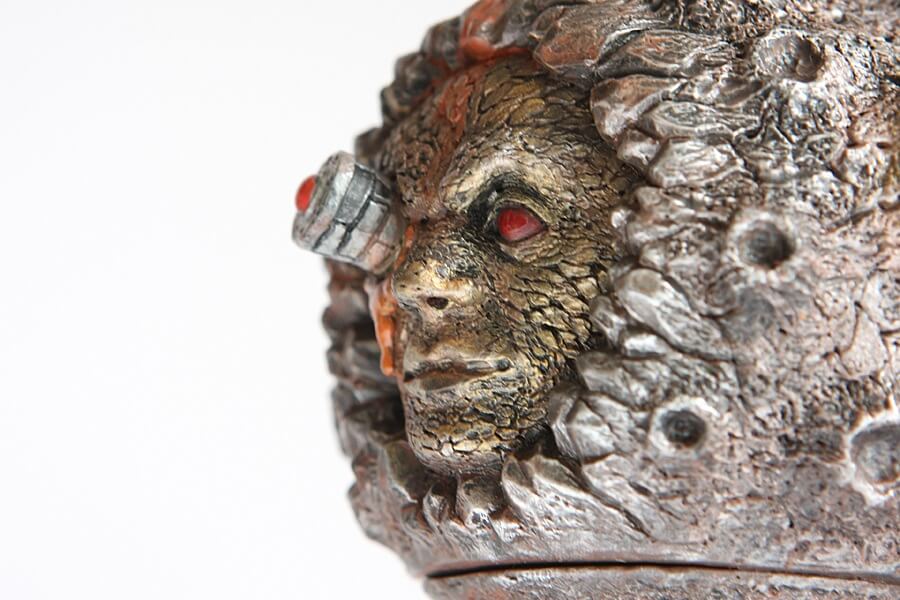 Unfortunately the Zeroid OozeBall is already sold out at UMEToys webstore. But maybe there’s more like this coming, we would defo like to see more of this Richard’s side!

Have a nice Sunday!