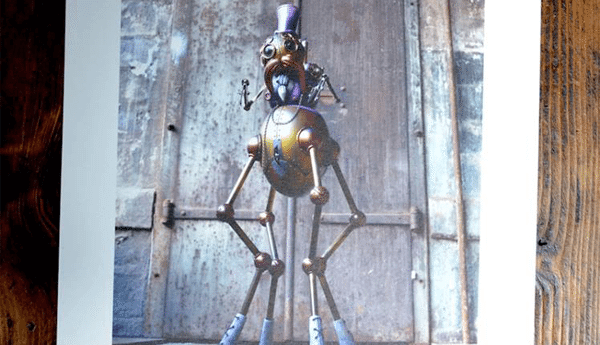 Here at The Toy Chronicle you know that we love us some Doktor A and Big Kev’s Geek Stuff has teamed up with Doktor A for New York Comic Con taking place between October 9th – 12th. This 6”x8”exclusive print of “Harry K. Nidd”, an arachno-robotic denizen of Retropolis , will be on sale for $15 and is a limited edition run of 25 signed and numbered pieces.  They will be on sale at the Geek Stuff Booth 127 during the run of the con.

Harry K. Nidd was 27.5″ tall when displayed on its base and was created for the “Postcard from New Yorkshire” solo show at My Plastic Heart in New York in october 2012. 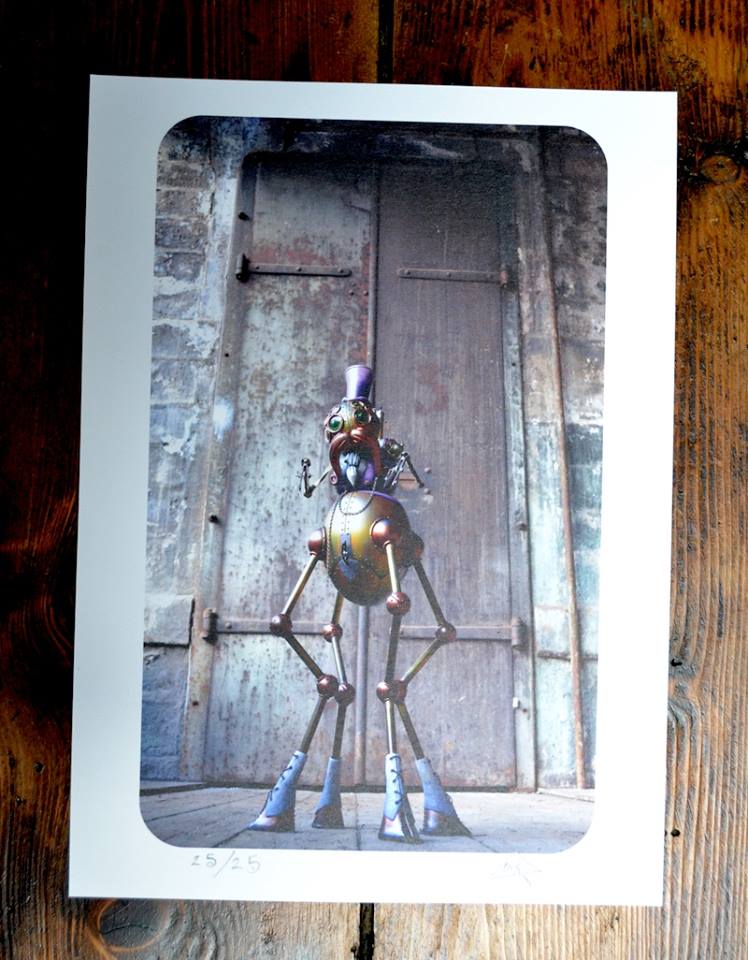 Other photos and more information on this figure including the backstory can be found HERE.