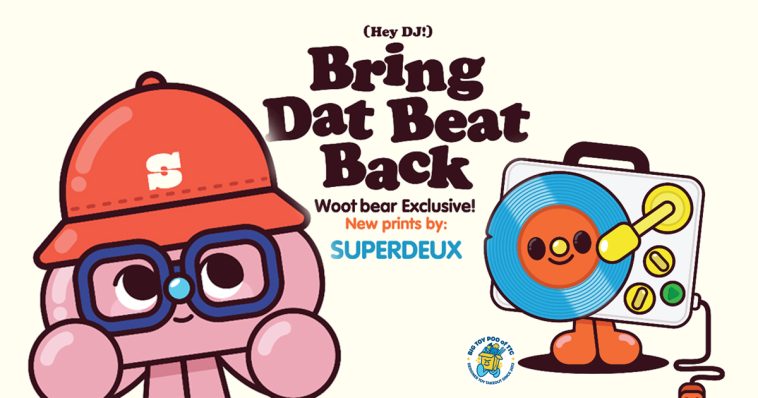 Sebastien Roux or the cool kids call him Superdeux is ready to brighten up your day with three banging Woot Bear Exclusive prints! We don’t usually cover art prints but these are too cool not to share the love, right? Plus we hope these will make the transition into art collectable figures in the near future *COUGH nudge nudge Superdeux if you are reading, HA. Superdeux the mastermind behind the lovable Mood Palmer and many more designer toys plus clients TED Global, MTV, Universal Picture, KidRobot, Namco/Bandai, EA Sports, Sony Playstation, Comedy
Central, Rockstar Games, 2k by Gingham, Nickelodeon, Audi, Samsung, Hugo Boss,
Adidas, Sesame Street, Corbis, Pepsi Cola, Channel 4… just to name a few presents the newest series of 3 prints by artist Superdeux titled “Bring Dat Beat Back” Enough rambling from us, here are Turntable, DJ Shikito and last but not least All Star.

Prints are signed by Superdeux 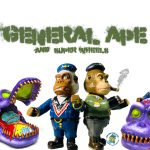 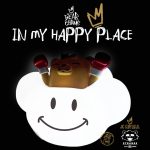