Andrea Kang returns to Woot Bear; this time she will bring John Bond for their joint show titled Tiny Universe. In June 2016, we hosted Andrea for her solo show, “I See Bears”. She also joined a group of the best female talent for “Feminamorphe II” in February 2017. ‘Tiny Universe’ sees John joining forces with Illustrator and Toy Designer, Andrea Kang. His new works delve playfully into concepts around inner thoughts, parallel dimensions and compatibility. Both Andrea Kang and John Bond will be in attendance at the opening reception.

Andrea is a Brooklyn based freelance illustrator, designer, and toy maker. She graduated with her Masters from the Rhode Island School of Design and since has created a dream-like world filled with creatures that evoke nostalgic reflections. Her minimalist approach challenges the viewer to investigate the subtle and complex narratives and emotions that underlie her seemingly cute characters. She has also taught, designed toys for Hasbro Inc., and participates in gallery exhibitions.

John Bond is an Illustrator, Author and Artist from the UK. His work is defined by its brevity and wit. His style is concise, his tone of voice irreverent and his concepts deceptively simple. He utilizes a cast of charming characters (most typically dogs) to explore endless ideas about our day-to-day existence, no matter how mundane or abstract. With a background in animation and digital media, John spent 7 years at award winning agency Kanoti, illustrating and art directing a multitude of projects for games, apps, broadcast and interactive content. Since 2014, John has worked independently as an illustrator producing work for editorial, merchandise, campaigns and exhibitions. Most recently his debut picture book, ‘Mini Rabbit

Not Lost’ has been published by HarperCollins; the first of three books written and illustrated by John. 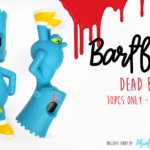 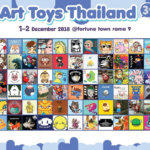