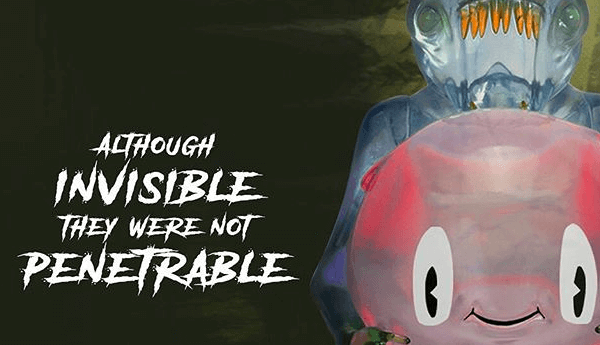 Rejoice! BACK & PACK are back again! Alex Pardee has once again teamed with Mighty Jaxx to bring you the latest incarnation of BACK & PACK’s The Invisible Backpack – Hidden Stash of The Bogman. 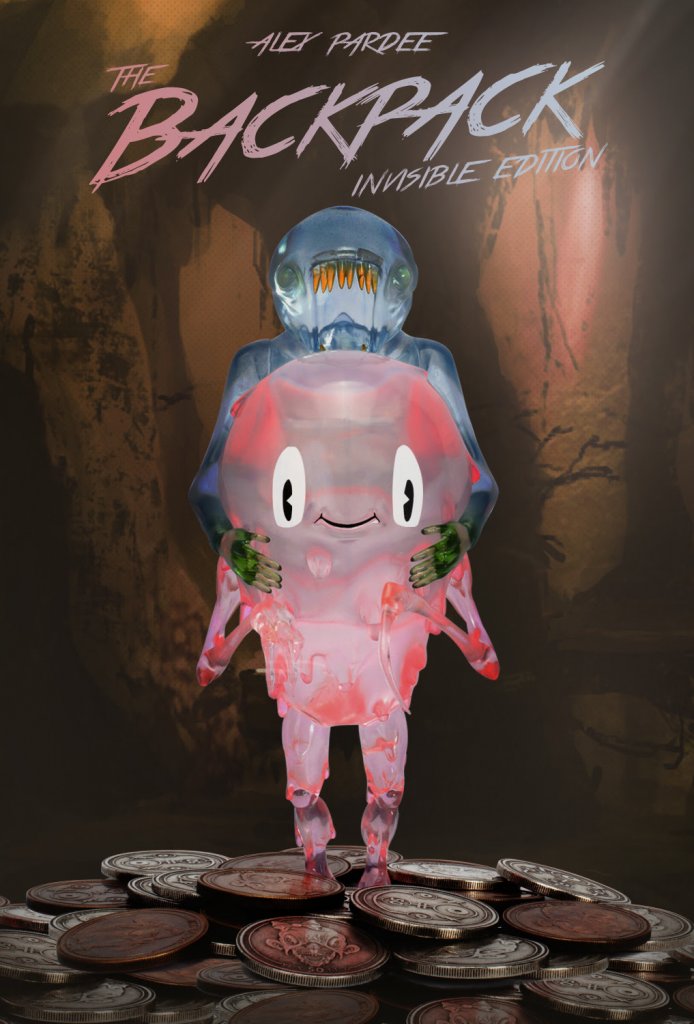 Every brawn needs a brain, and every brain needs a best friend!
“Two lonely treasure hunters, PACK & BACK, lived on opposite ends of the land of YUX, where they embarked separately on many quests in search of ancient artefacts scattered around the vibrant landscapes.
However, both PACK & BACK also had their share of limitations by adventuring alone. PACK was obsessed with dirt and studying the different types of soil, deducting where buried treasures may lie, but lacked the strength and skill to dig. BACK, on the other hand, was strong and LOVED digging for treasure. He was obsessed with the dirt, too, but that’s because he liked EATING it! One day, PACK & BACK crossed paths while scouring the shores of a poisonous bog, and unexpectedly became immediate friends after sharing their mutual love for dirt.
It was from that point on, that the new best friends shared their skills and abilities with each other, forming…THE BACKPACK, the greatest treasure hunters in the land of YUX.”

Dropping at 3pm London time on Saturday 25th February, the 8.5 inches of BACK & PACK will be available from the Mighty Jaxx store HERE. The original Backpack was sold for $120/£95 and limited to 200 pieces, so we imagine that The Invisible Backpack will be similar.

“Included here is a genuine coin from the very first buried treasure that Back & Pack discovered shortly after they became best friends. This special coin is part of the legendary ‘Hidden Stash Of The Bogmen‘, a famous treasure that is rumored to grant the finders of the treasure the power of invisibility! Some YUX historians believe the coins from this chest to be cursed, but so far, Back & Pack have had more amazing luck since their discovery. By passing this coin along to you, Back & Pack HOPE it brings you good luck as well, but be warned, it still COULD be cursed….”