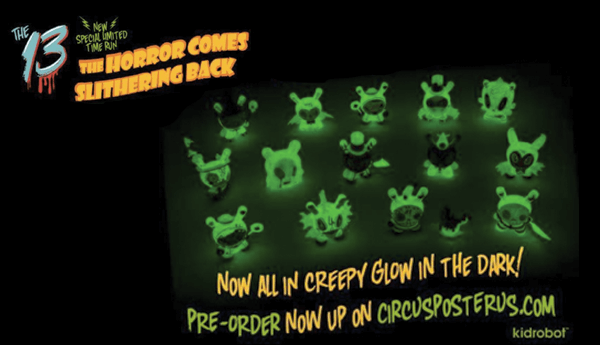 The 13 are back! This time in GLOW IN THE DARK!! Brandt Peters & Kidrobot have teamed up again to release a new special limited time run of The 13 Dunny Series – The Horror Comes Slithering Back! To say we are excited is an understatement! A Dunny series FULL of GID! Yes, please! 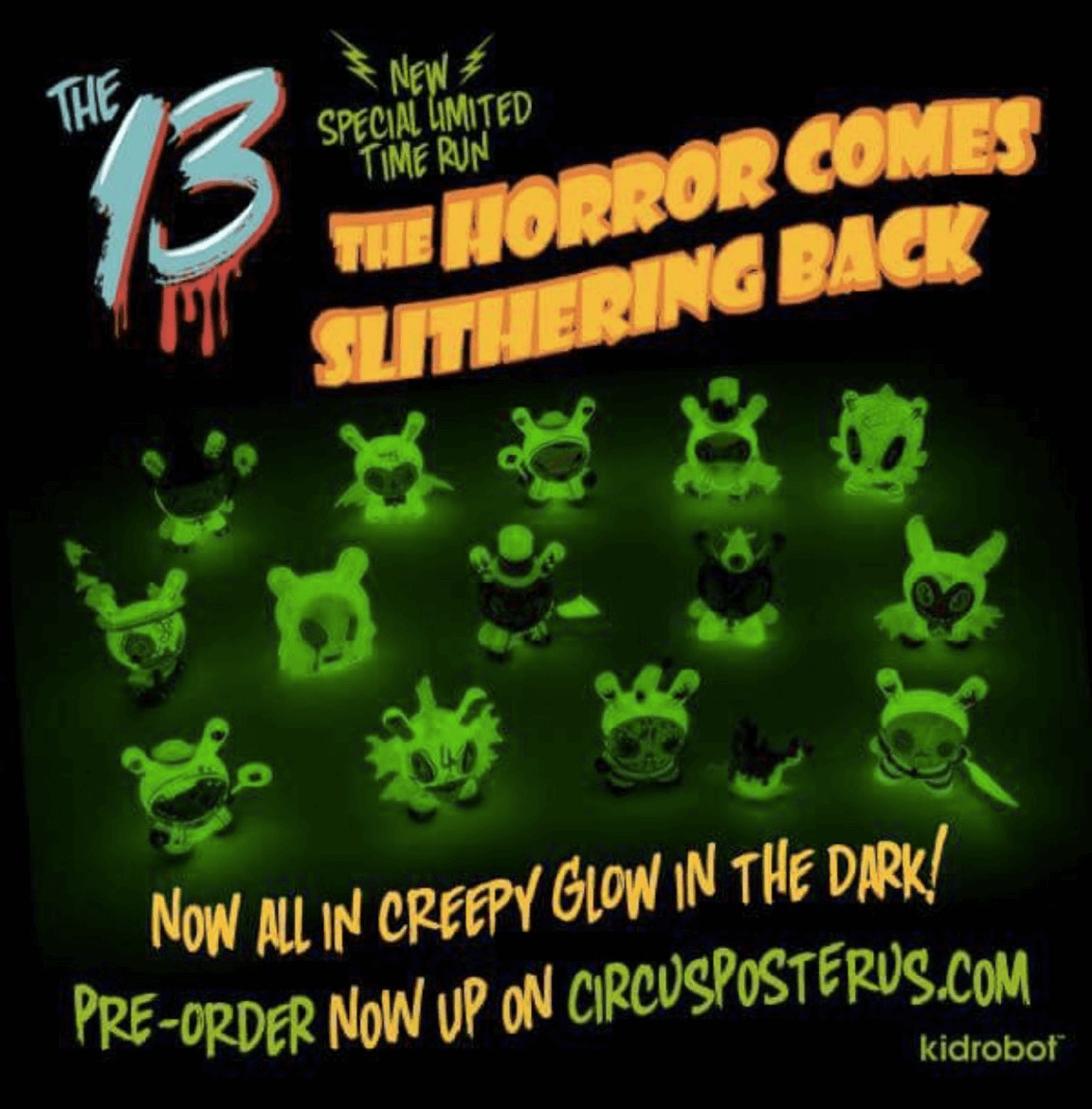 The 13 re-release is now available for pre-order on the Circus Posterus Store HERE. You can only pre-order the case at the minute, which is $240/£188 but you get 20 blind boxes in the case. We thought that this would be a Full Set purchase, but it appears that you may need to hunt down any remaining Dunny that you don’t find in your case blind boxes. We’ll keep you posted if this information changes, but with the below image showing the ratio for each Dunny design, our assumption about it being a Full set looks to be wrong. 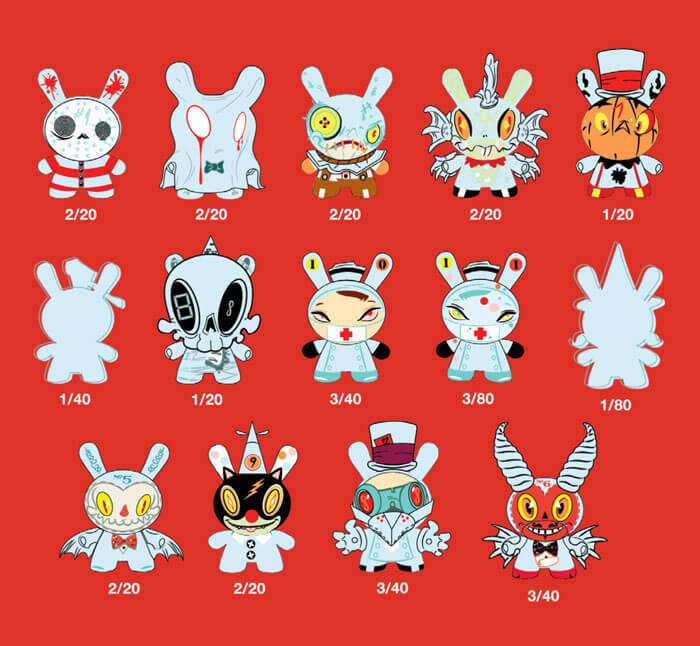 [quote cite=”The 13″]Legend has it that a shady eccentric by the name of Lord Strange opened up the 13th dimension one blood moon, and in so doing filled his 13-floor mansion, Infernal Manor, with beasts, creatures and monstrosities of every type. Lord Strange was never seen again… his lair abandoned and sealed from the public since that horrific evening. None brave enough to venture into Infernal Manor has ever returned to tell their tale. Do you dare seek The 13?[/quote]

The 13 GID series is tied in with the Brandt Peters’ Infernal Manor, which is also available for pre-order on the Circus Posterus Store HERE. This is a beautiful addition to the Dunny series. They’ll look fantastic together!