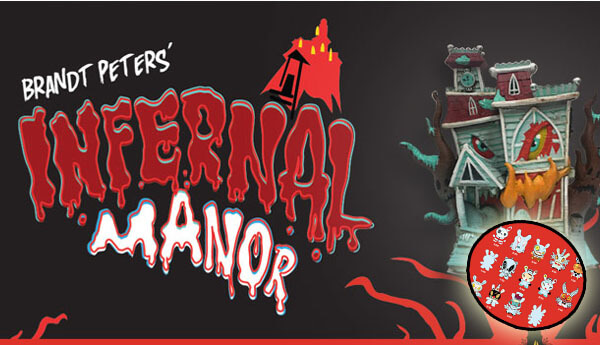 Brandt Peters and Kathie Olivas, the creators of the astounding “The 13 Dunny Series“ are back with a unexpected follow up to their unique world produced by Kidrobot. When Lord Strange was intrduced to the world (read HERE) nobody suspected that his side story held a greater meaning. We will refresh your mind;

“Meet Lord Strange… The shady eccentric responsible for opening the 13th Dimension that unleashed the creatures of The 13 series. After a long and mysterious disappearance, Lord Strange has returned to Infernal Manor as an 8? Dunny!!!”

So… “Lord Strange has returned to Infernal Manor”, and now it’s a really, THE INFERNAL MANOR IS REAL. sorry if we sound too excited, but it’s a big deal. 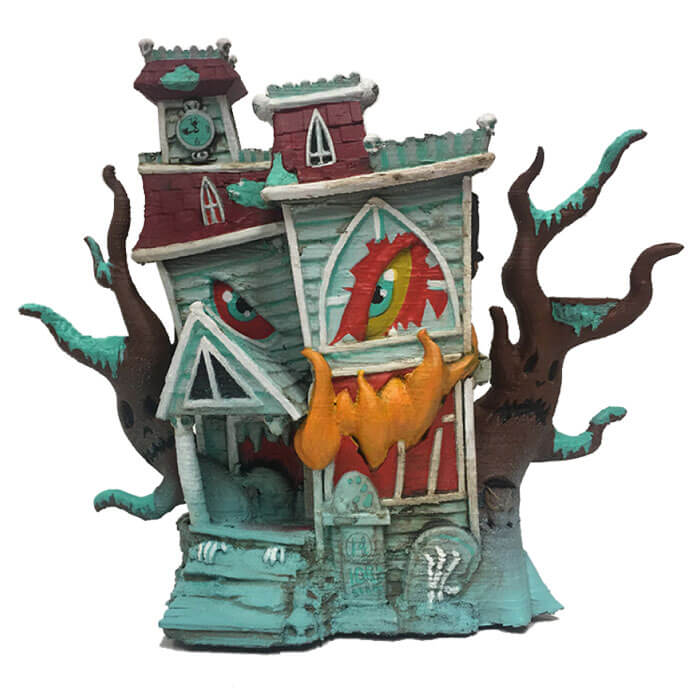 Produced with the legendary Klim Kozinevich from Big shot Toy Works, this vinyl (yes, vinyl)  masterpiece is play-set made to scale for Dunnys at 16″ tall (approx 40 cm tall)! 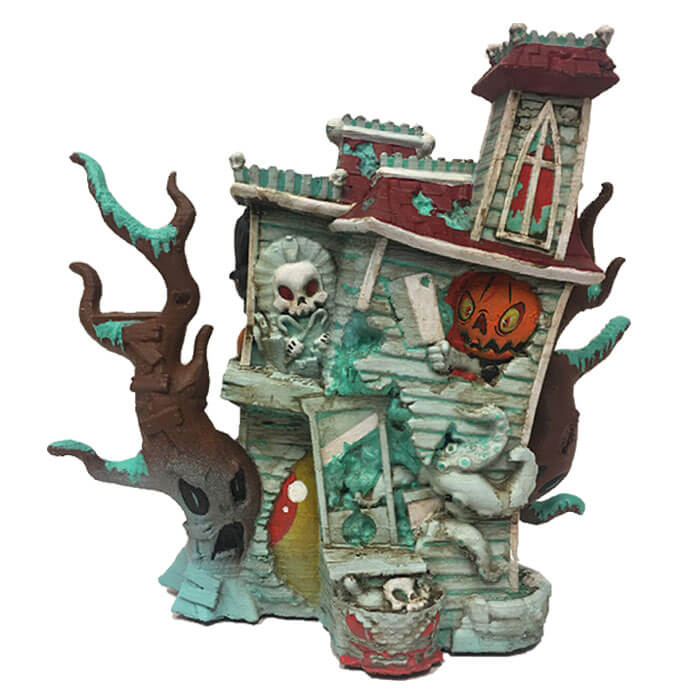 But that’s not all folks, as part of this special release, Kidrobot is releasing “The 13” Dunny mini series in classic green glow-in-the-dark. 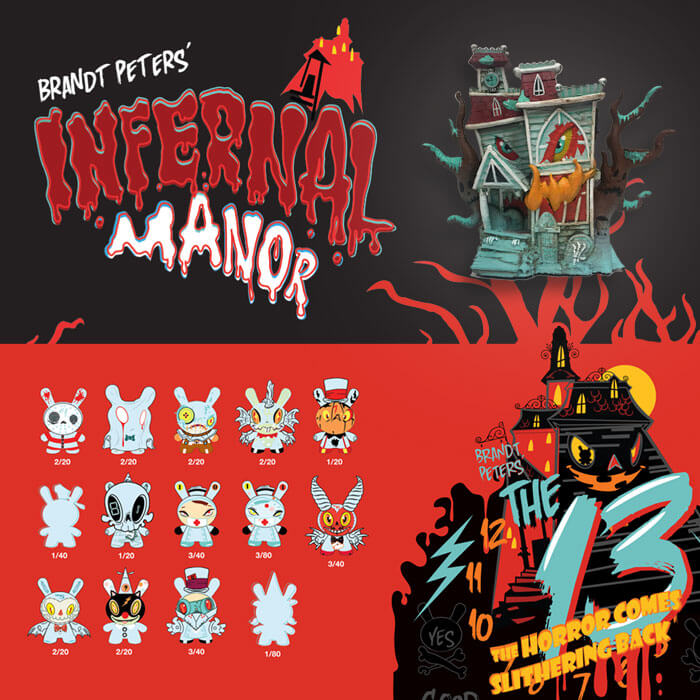 The 13 mini figure blind-boxed display cases (glow special release), and also a very limited amount of signed AP sets which includes a complete set of the bew  The 13 characters as well as Infernal Manor + an original The 13 (5″x7″) drawing is now available for pre-order at circusposterus.com.