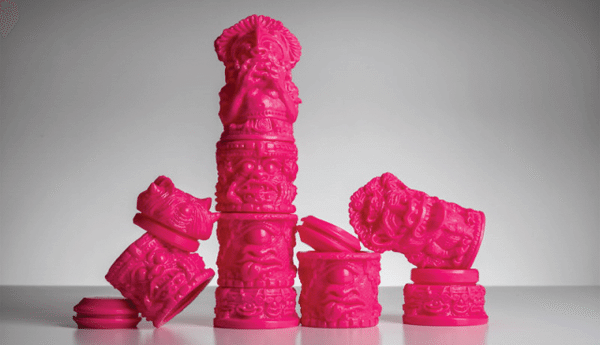 Toy Art Gallery is proud to present an exciting new project with legendary toy designer Tim Clarke; the TOTIMS! Once known as the King of Gross after co-creating Sectaurs (Coleco) and Boglins( Mattel) in the 1980s, Tim now joins forces with Toy Art Gallery to launch his new line of horrifying creations. 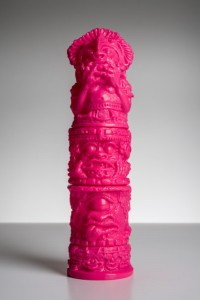 “I love creating my own mythology. The world is filled with modern day mythological creatures, you can find them in every nook and cranny of your bedroom closet.”

For millions of years the TOTIMS have lived around us in virtual obscurity. Many thought that they were idols of a long lost primitive society depicted in stone. Little did we know that they are living, breathing creatures and they are tired of living in the shadows. Beware the rise of the TOTIMS! The Totims are made up of a highly classified society, with Kings, Generals, soldiers, and underlings. Many have said that those who possess TOTIMS derive certain powers to change the world around them. All we know is those that do have an uncanny power over those who don’t. 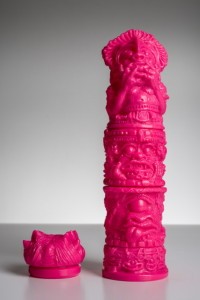 Each TOTIMS set consists of a total of 4 interchangeable parts which can be rearranged into multiple configurations: one top, two sectionals 1 bottom, plus two connectors and an extra top cap. Combined together the TOTIM towers at 12 inches tall, and each individual part has a 3 inch diameter base (individual heights vary). Each part is also double-sided, giving you even more options for arrangement. 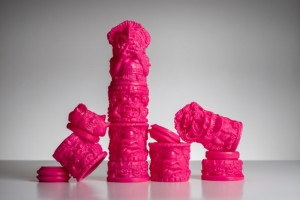 The debut TOTIMS release is cast in a brilliant pink soft vinyl. With future releases in new and exciting colours, the possibilities are endless! 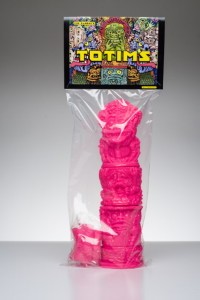 TOTIMS are produced by Toy Art Gallery and are made in Japan. The pink edition TOTIMS will be available HERE this Wednesday, December 4th at 12PM PST.