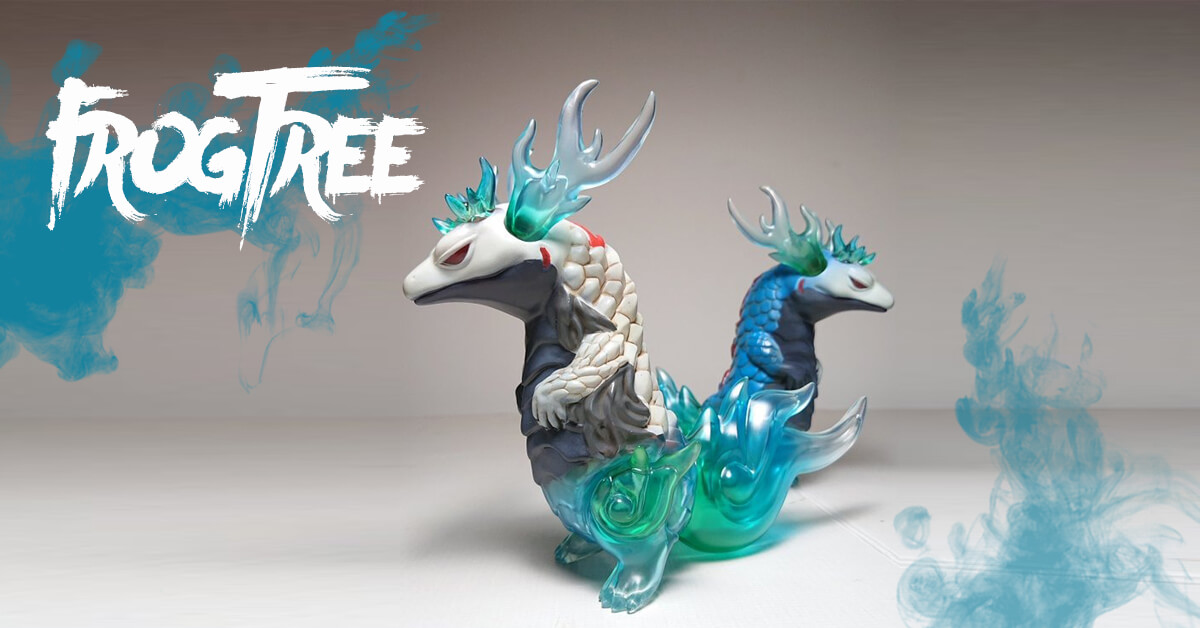 For the love of encrustation, reptiles and nature, a release that we’ve been keeping tabs on is FrogTree. One creation from the Japanese designer of the Japanese CORE collective “731mm88“. With WonderFestival only a stone throw away, photos have emerged and a couple of releases have announced for WF coming in a few variants. FrogTree for us is a must need as it features that mystical and folklore touch to it. Below are a few variants that have wow-ed us so far, especially the semi-transparent bodies that some feature.

For collectors who are in need of FrogTree like us, we have been working hard to find out when an international release will take place. For now hit up WonderFest [Summer] Booth 4-13-14.