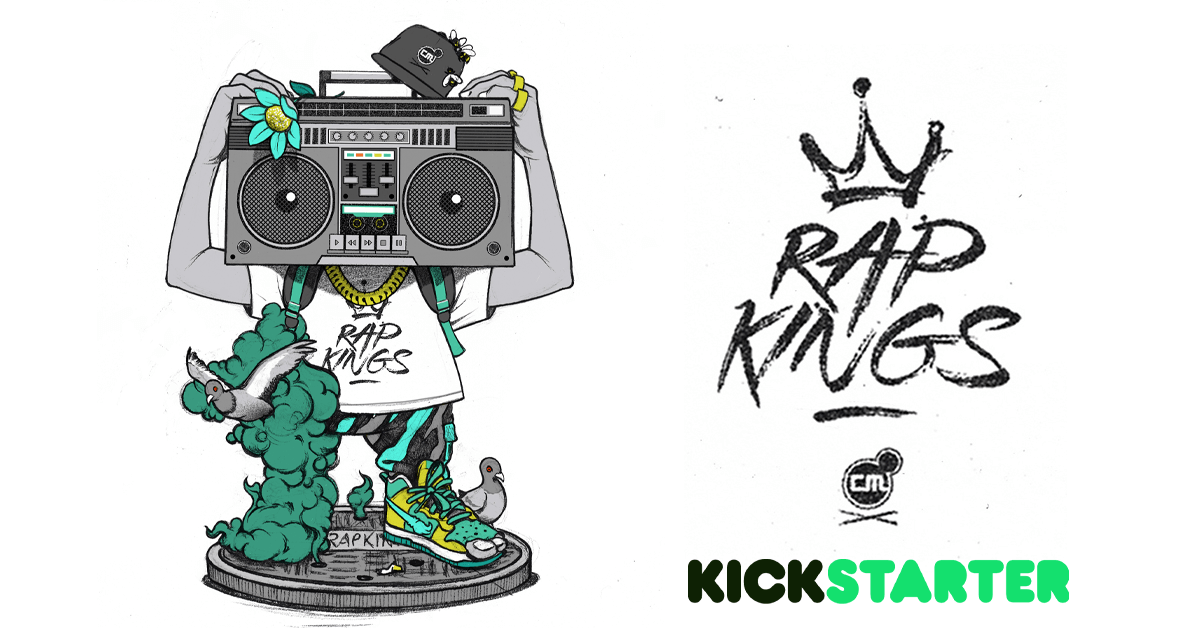 Dropping outta Philly earlier today was news that the RAP KINGS are ready to take the resin Designer Toy world by storm. Fresh outta the mind of Chris B. Murray is a new Kickstarter campaign all set to bring this 10inch RAP KINGS resin collectible figure.

The Kickstarter Campaign is currently in process and you can back it HERE. There are a number of reward levels which you can support ranging from $25 for a print, to $1000 which also includes an original painting and the 10inch RAP KINGS figure. The first level which includes the RAP KINGS figure is priced at $175 (£144). The concept of the RAP KINGS can be seen with the illustrations within this post, with the 3D model being currently worked on as we speak. More details to come on that as it’s available.

Back RAP KINGS on Kickstarter HERE

The RAP KINGS Kickstarter campaign runs through to October 4th, and remember folks if you back the campaign now you won’t pay ANY money now until Friday 4th Oct IF and only IF the RAP KINGS campaign hits its target of $11,500 goal.

I’ve been living / working in Philadelphia, PA as a freelance artist since 2008.  I started the RAP KINGS illustrated series in 2017 after deciding to put my love for art, hip-hop music and popular culture to good use.

Since then, I have gained a following and grown the series into something that I’m sincerely proud of.  For years I have been waiting for the right moment to release the first RAP KINGS toy and finally that time is here.

As the campaign carries out, I’ll be continuing to work on the toy itself including the 3D- sculpt, the packaging design / inserts and of course, a much needed name!  All of which I’ll be uploading to the campaign’s feed so that you will get updates at every step of the process.

The #RAPKINGS collectible toy #Kickstarter campaign is now live!! Link in bio, your support is greatly needed and appreciated 🙏 • Animation by @civilprod_rob 🧞‍♂️

You can check out some of Chris’ artwork below. Some serious talent, right?!