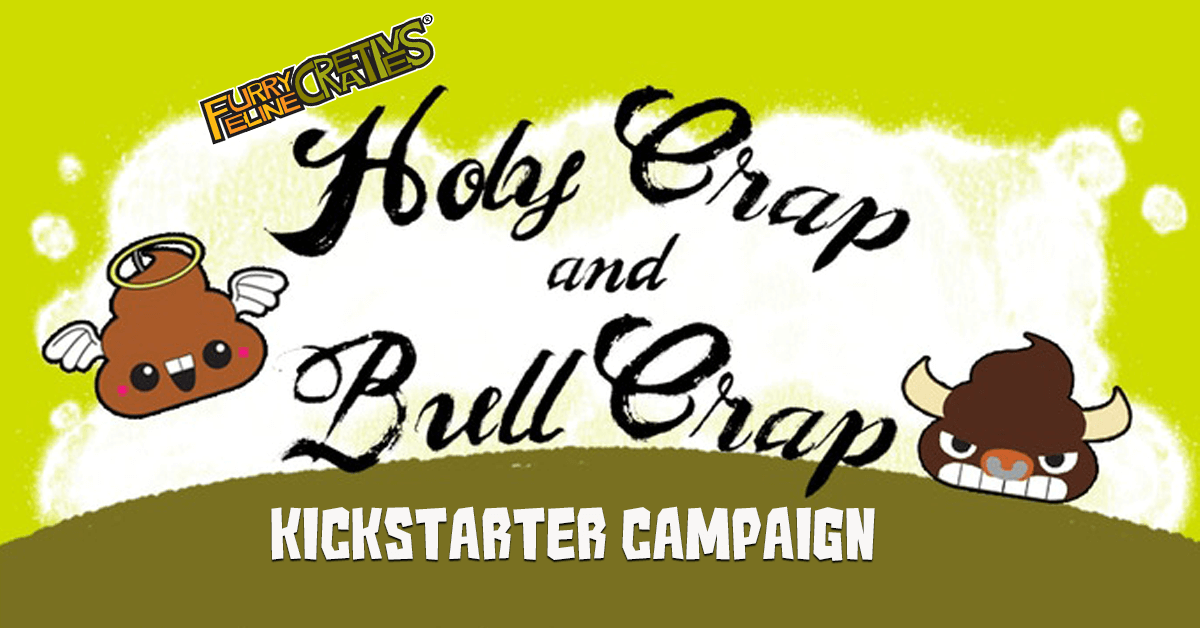 Holy poop, batman! Our pals at Furry Feline Creatives have launched their new Kickstarter campaign this week to bring their Holy Crap and Bull Crap plushies to life.

Known for their toilet-based humour, Furry Felines have been making TTC chuckle for the last however many years. Last year Furry Felines released The King of the Throne Toilet Plush & The Zombie Poop Plushies at the San Diego Comic Con 2018, and sold out within 3hrs on Preview Night. They’re adding Bull Crap (seen above) and Holy Crap (below) as two new characters which will be interchangeable with the King of the Throne Toilet Plush (based on magnets in their butts).

The Kickstarter launched earlier this week and has 35 days remaining, with a hope of reaching a $12,000 goal by 15th April. It can only get to that goal by the help of you guys. The Plush reward are priced at $15 (around £12) each, or you can get both for $25 (around £19). The Kickstarter can be found HERE.

Go forth & flush! You can also find Furry Felines on Instagram HERE.