Starting the year with a bang is KOSROBOT’s Cosmos Cold Dead Cosmonaut Dreary One! Starting the year on how 2019 ended with a batch of awesome colourways of his beloved Dead Cosmonaut Its been a pleasure to see Kos AKA Kosrobot first production resin figure Dreary One, back in 2015 and now see Kos grown his fanbase plus levelling up the finishing and overall package.

Thank goodness for Resin Toy Obsession FB group for the nudge of we would have missed the launch! 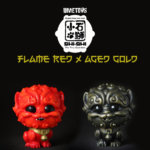 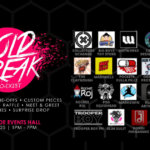