Kosrobot continues with the Cosmos Cold space terror series. Remember the Dreary One? Now a new character appears from deep space, meet the Blaming One. 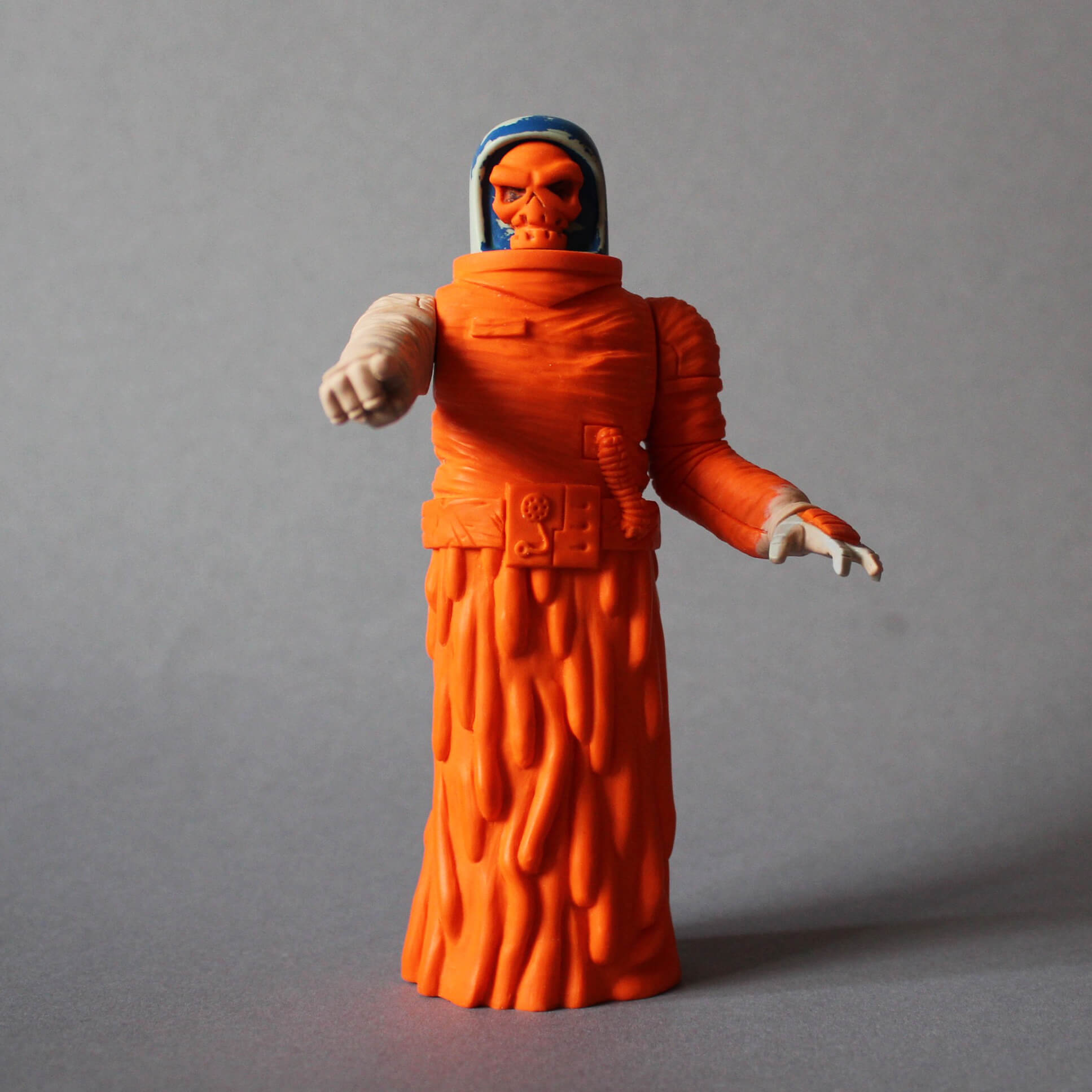 “The Blaming One was the crew commander of Emerald Castle space station. Nothing really changed since then, except they’re all dead now. He wanders the station in search of the one to blame, the one to say to: THIS IS ALL BECAUSE OF YOU!” 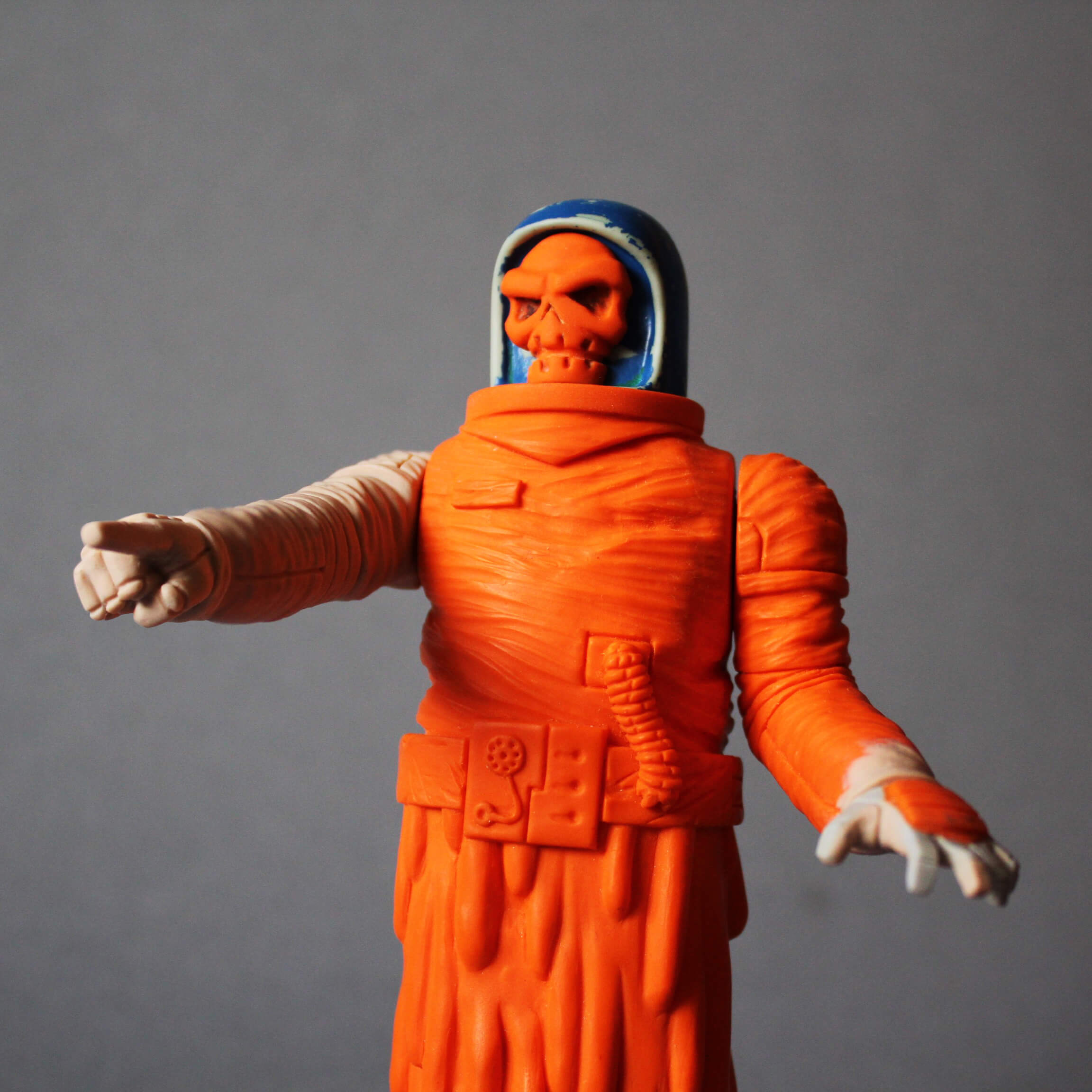 The Blaming One stands 6 inch tall, cast in resin. Features 3 points of articulation (head and arms). Like with Dreary One you have multiple parts to interchange. You can swap head, face and arms. Parts are compatible with Dreary One and future Cosmos Cold releases. Comes bagged with header card. 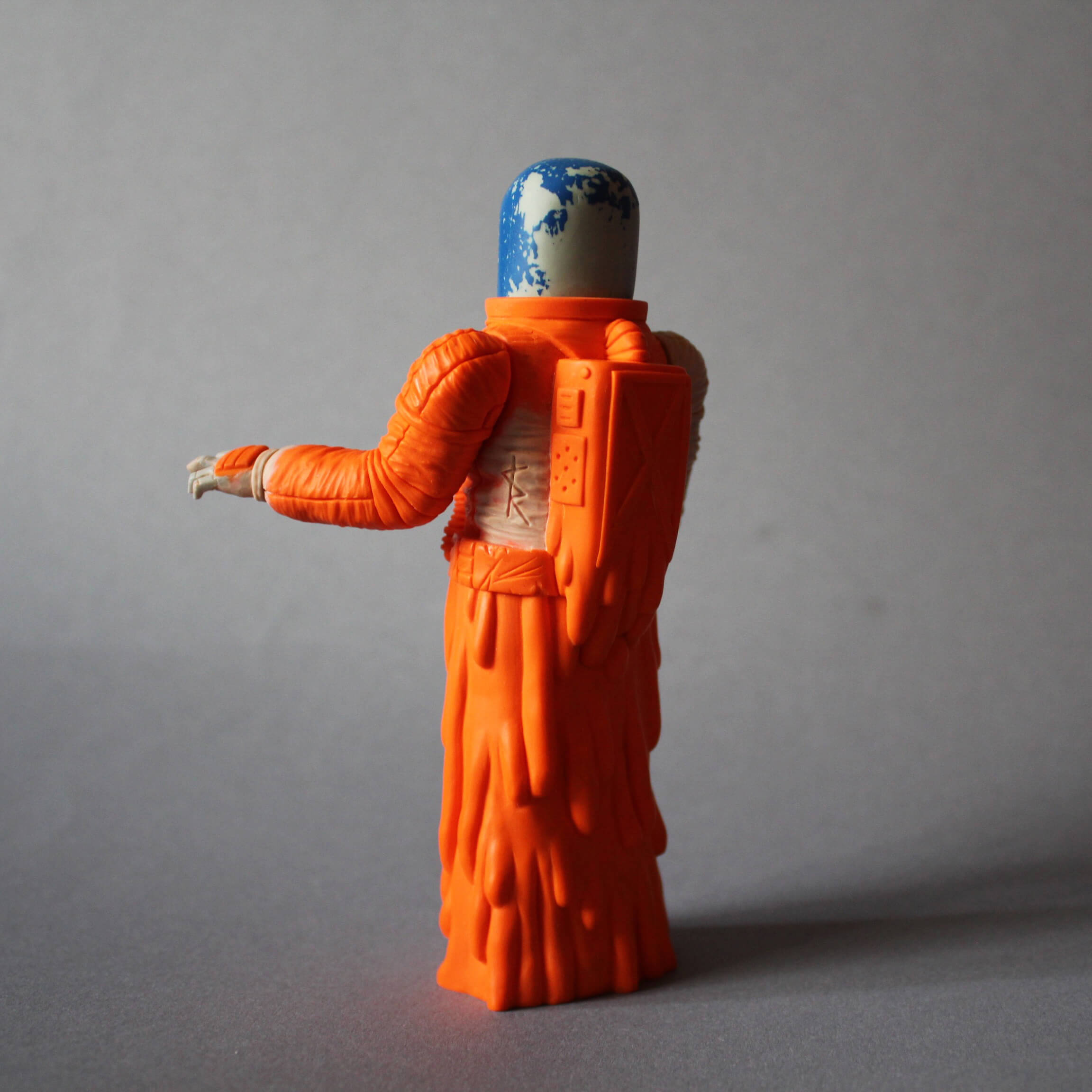 The pictures shown are of the original clay model as a resin prototype not finished yet. Unlike Dreary One, the Blaming One is cast in hard solid resin, not soft resin so a quality upgrade is expected. Kosrobot is planing to release several color variants. 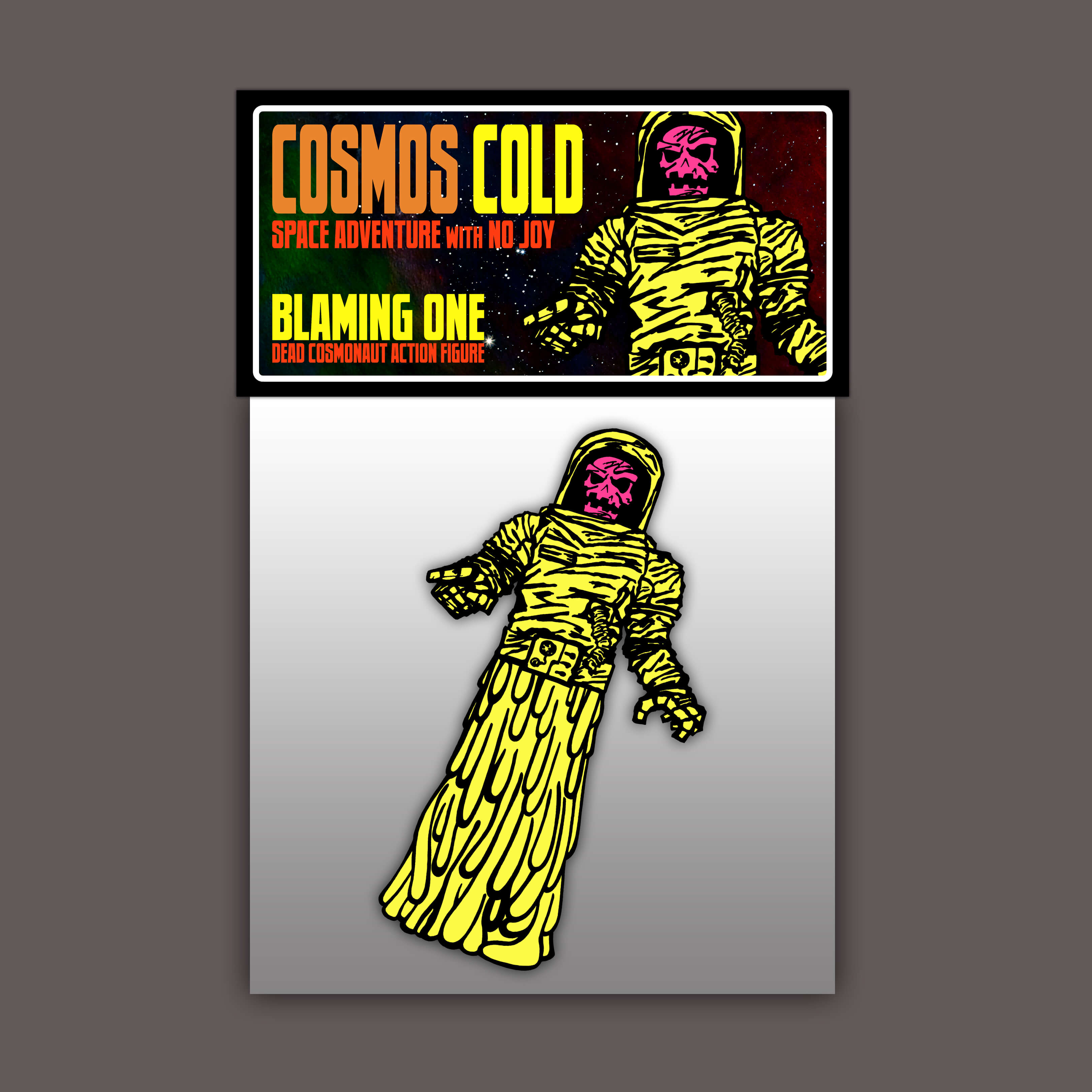 It’s great to see the Cosmos Cold series growing! The Blaming One is planned to be released this summer, priced at $45/£31 + $10/£7 worldwide shipping.