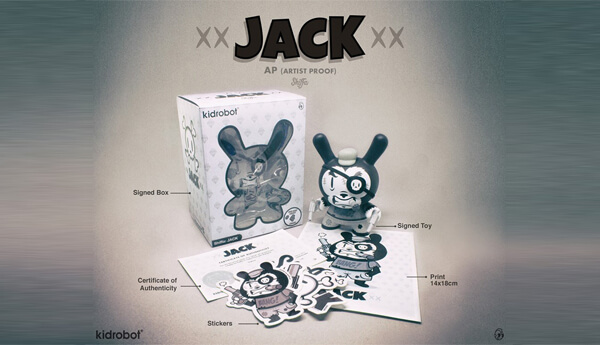 You don’t know JACK until today as Shiffa is about to launch his Artist Proof JACK Dunny! Yup, One way to support the artist themselves as well as getting a deluxe package in exchange for your support. 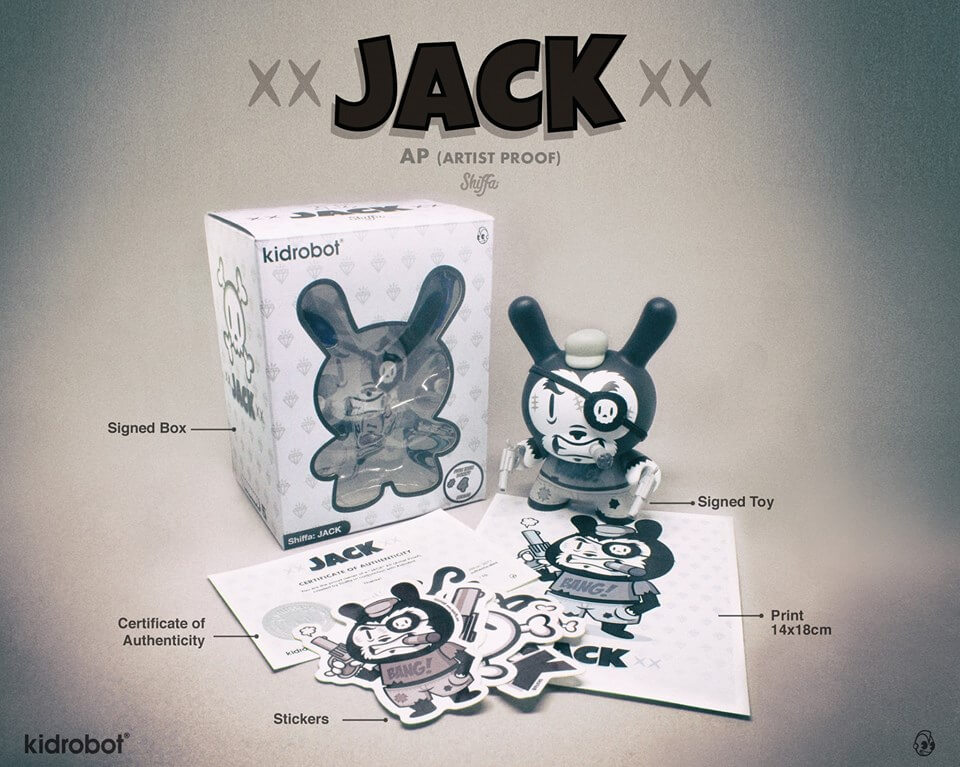 November 2016 Kidrobot x Shiffa’s all new 5? dunny vectors were leaked HERE. Today is the day we get to see the prototype! Yeah boi Shiffa gets another vinyl production but this time an actual Dunny and not the previously released “Willy the Wolf” trikky. Another well-deserved production for Shiffa. Once again we would give a huge round of applause to Shiffa and Kidrobot giving Shiffa him his first and second break. We’ve been banging on about his work since we started The Toy Chronicle and featured his work via our first TTC Artist Spotlight HERE. Now Shiffa has two production designer toys under his belt. 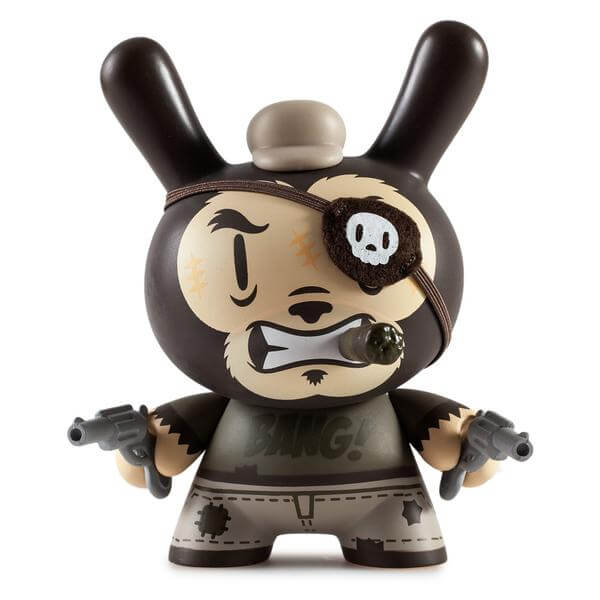 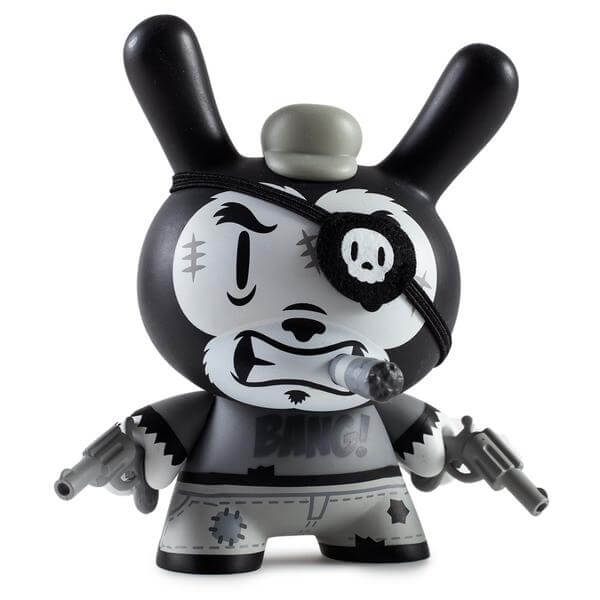 Coming off the wildly popular custom series The Vandalos, Kidrobot is proud to present the next in line of the 5? Dunny series, Jack by Shiffa AP edition.

Artist Proofs will be released TODAY Tuesday 28th February, 2 versions to choose from. 5 Black and white and Sepia.Box and Dunny signed, a  14 x18 CM Print signed with certificate of authenticity and exclusive stickers included in the AP set. (for Mexico special price and free shipping by Fedex) at http://www.dashiffa.com/shop 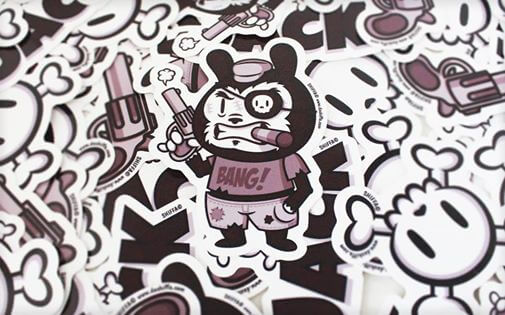 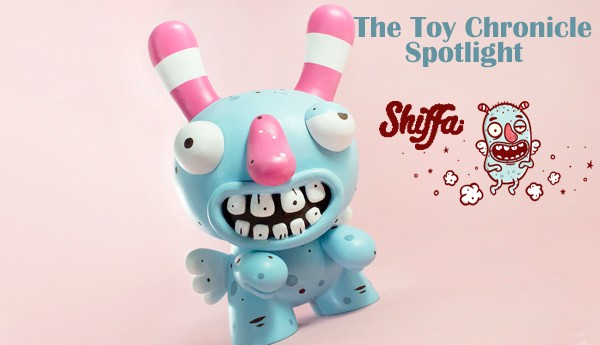