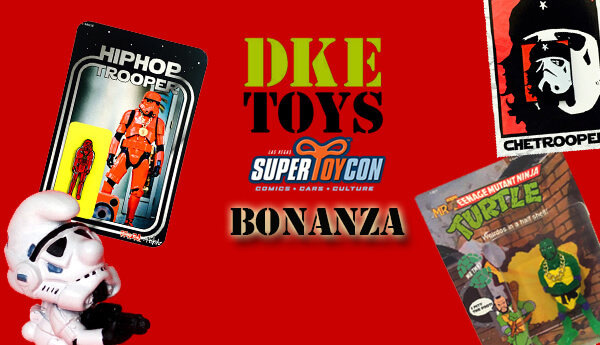 “There were over a dozen Garbage Pail Kids artists appearing at Super Toy Con in Las Vegas and since I wanted to go anyway we decided to get a booth. We have a decent supply of hand made resin action figures from SDCC and DCon so…what the hey! Let’s see if a mainstream toy collecting audience is into what we do.”

Dead Greedy was nice enough to expedite a run of Mr. TMNT. The previous 2 editions sold out and this third one is an edition of 20 pieces with blue knee and elbow pads. Presumably the third of four? There are four turtles after all. Hand cast and painted on custom made card back. $55.

Greg Aronowitz of BarnYardFX has come up with yet another fine mash up in his Star Smurf series. The Smurftrooper is the 5th in what he hopes to be a recreation of every vintage action figure as a little blue guy. He sculpts each figure, molds, casts, paints, and packs each one by hand. Each one a true piece of art. 2″ tall carded figure. Signed and numbered edition of 50. $70

Special Ed and Allways Holdn teamed up with the Hip Hop Trooper to deliver an edition of 200 numbered vintage style lapel pins on a 4×6 card back. Hip Hop Trooper will be in attendance to sign them. $15

Lastly as a follow up to their action figure collabo, UrbanMedium and Special Ed/Allways Holdn made a limited edition Che Trooper lapel pin numbered out of 100. $10 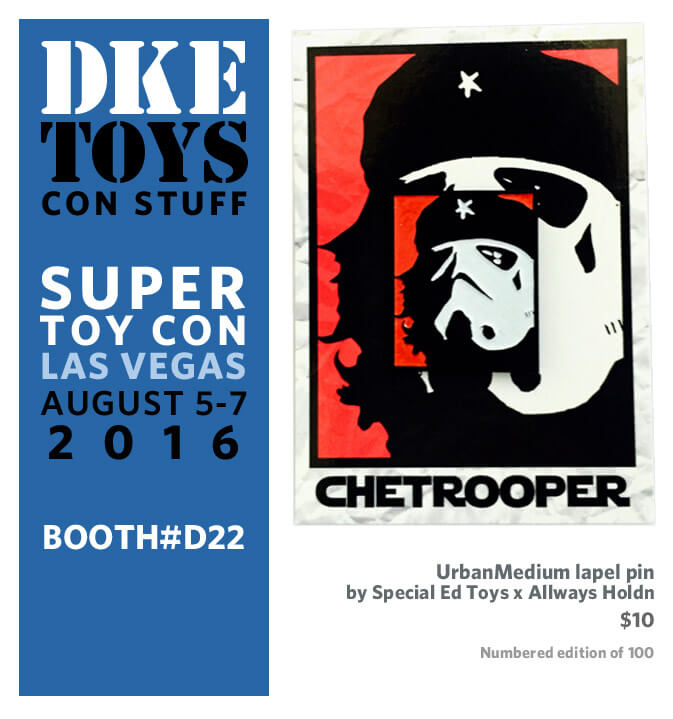