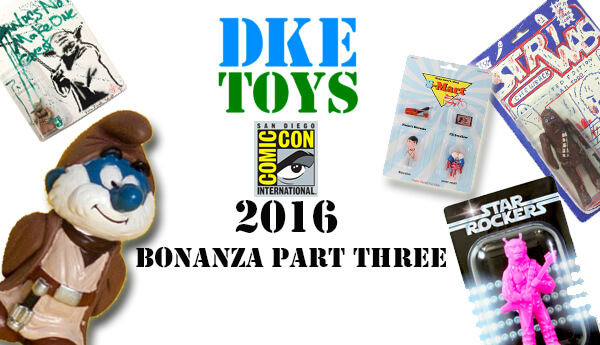 We told you DKE Toys ain’t messing around when it comes to convention EXCLUSIVES. You’ve already had the taste of Part One and Part Two, now its time for another 5 releases for San Diego Comic Con 2016. Are you prepared for all these independent art toy releases from across the world at DKE booth!

STR WAS: Chewback by Mark Todd

Wars Not Make One Great by Free Humanity

We recomend you dial-a-mule if you’re like us and cannot make it to SDCC. We would say stay tuned for after sales but that would be kidding you as 99% of DKE SDCC sellout quick time.

Expect more release announcements up until the day of SDCC, so stay tuned. 8-12th July SDCC at booth #5045.