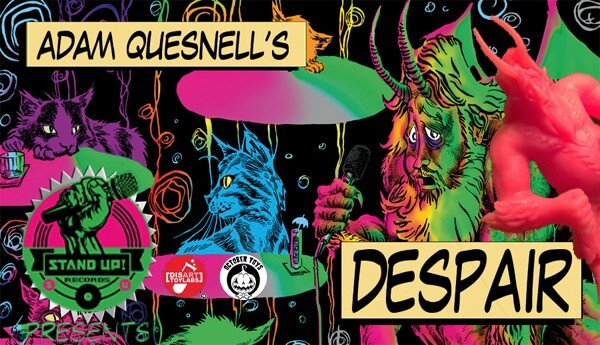 I was personally wondering when the next release of Adam Quesnell’s Keshi-Style figure Despair. Low and behold TTC gets and email for a last minute release for Valentine’s Day! even if you celebrate the day or not this hot pink version is one for the collection!. 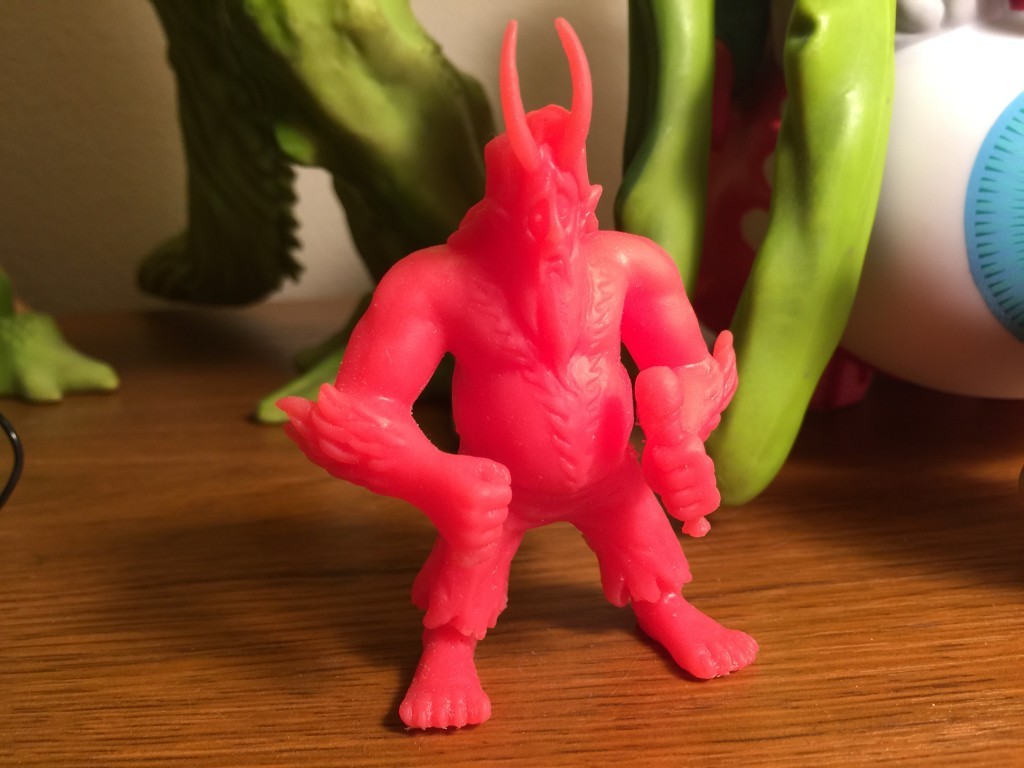 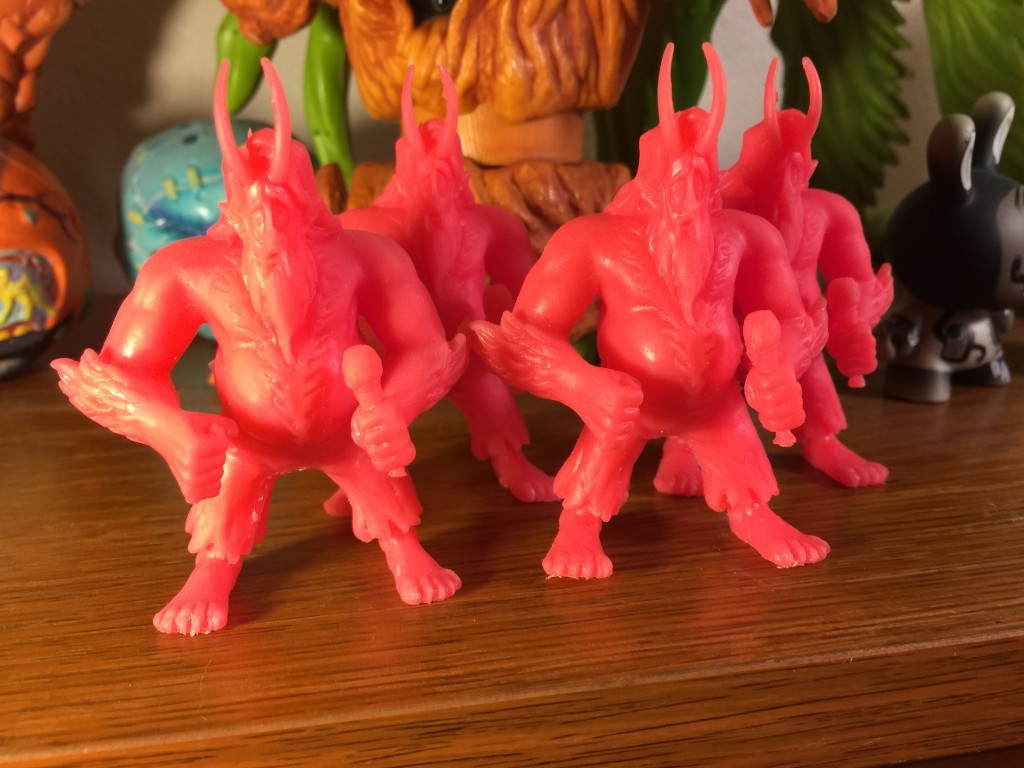 Despair is a demon from the 10th Circle of Hell; the level where people who make bad cinematic adaptations of classic toy properties are flayed for eternity. Not your average demon, Despair suffers from severe anxiety disorder and crippling depression. Satan himself even banished Despair from Hell for being a major bummer… Cast out upon the earth in a fiery geyser of lava and tears, Despair landed in the parking lot of a comedy club that was hosting a weekly open mic night. Despair put his name on the sign-up sheet, got on stage, and told his story. Since then, he has been punishing himself, night after night, on comedy stages of varying quality throughout the Midwest. He dances and lashes himself for audiences with hopes of selling t-shirts and CDs to drunk people who will not wear or listen to them

Adam will be dropping an edition of FOUR Despair: Valentine’s Day Editions. Each Soft Pink Despair: Valentine’s Edition will come packed with the standard header card by Terence Brown II and Josh Trumbo, and the header will include a download code for my album “Can We Afford This Much Despair” on Stand Up! Records. These are the are the same price as the standard Despair releases at $25+S/H (USPS Priority) (around £16 a pop)

As a refresher, Despair is a 3” Keshi-Style figure that was designed by Terence Brown II, prototyped by October Toys, and cast by Tru:Tek of the Disarticulators. All of this was made possible by my awesome label, Stand Up! Records.

ALSO, because Despair Loves the Love he will never feel in his sad/evil heart, Adam will be offering the normal Priority Shipping, or FREE FIRST CLASS SHIPPING!

Won’t you let Despair be your Valentine?

As an added bonus,Adam will be dropping the remaining 10 Blue/Orange Marbled FAQ Comedy Store Exclusive Despairs! So, if you’ve been waiting for that sick Blue/Orange Marble to pop back up, this is your last chance to get at them. Adam may also have some of my RADiculous Moorhead/Fargo t-shirts in the shop as well. 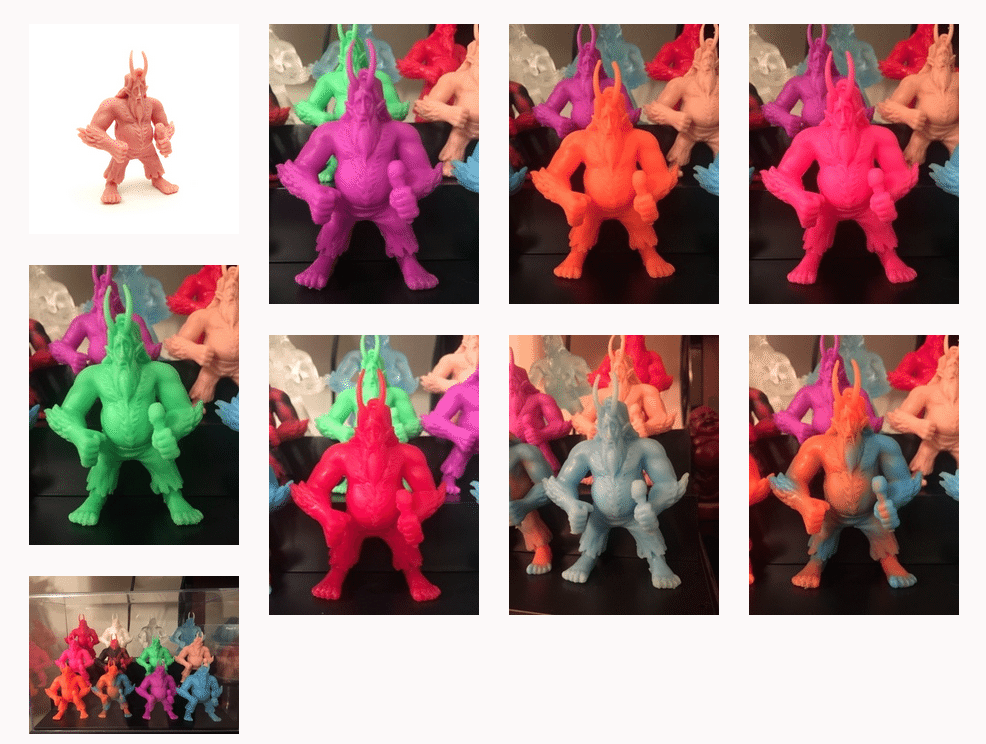