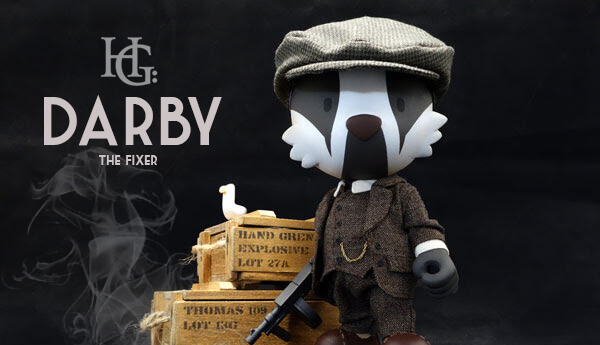 Darby – The Fixer, that’s his name! Huck’s latest character with ultimate dapper styling. Has Huck been watching (Peaky Blinders TV Series) Darby has the outfit to match and the firepower. Let’s not waste your time and let Huck introduce this bad boy to you.

“Whiskey, guns & anything else you call fun” – Darby

The Fixer
A born and raised Blackwadlian, Darby went to grammar school with Flynn and the other Dapper Scoundrels. When the first war broke out he signed up for a stint in Her Majesty’s Crown Forces as an infantryman. With a keen wit and a canny sense of where not to be, he proved himself on the field and eventually worked his way into the armoured division, making a name for himself as a halfway decent DAME pilot.

After the battle of Brut, he left the service, returning to Blackwater with a pocket full of military supply contacts and started a lucrative black market business running goods up and down the coast. You want it and it ain’t nailed down, he can get it for you. Hell, even it is nailed down, he can probably get you the floorboards too.

And when the steel rations hit, Darby happened to be one of the more reliable sources for hard to find bike parts. Flynn and him have had their differences over the years but Darby’s generally a reliable chap… and besides, he can get those parts.

Pretty cool story right, once again Huck demonstrates his embroidery skills, some say he might even turn to a fashion designer/ tailor when he gives up this game, HA. 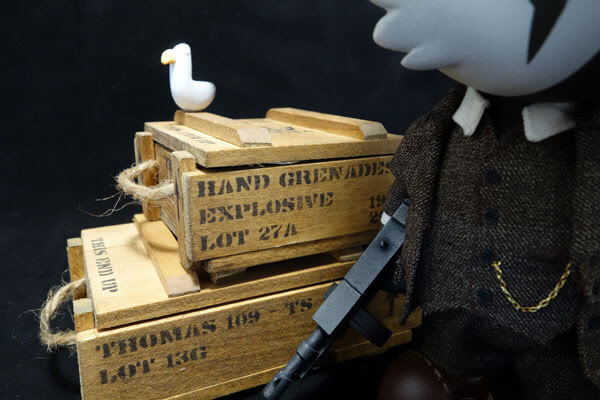 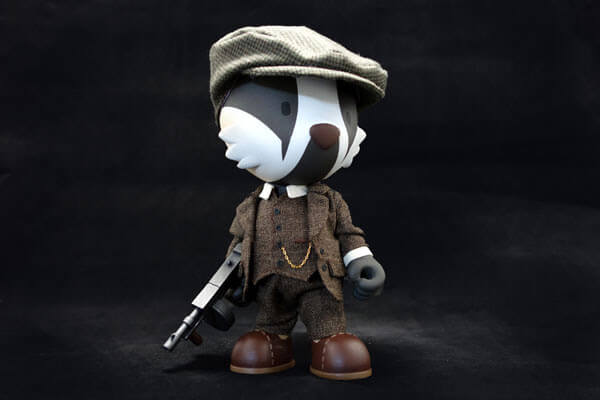 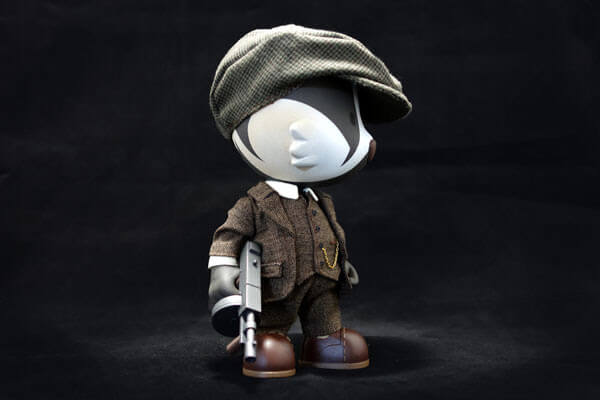 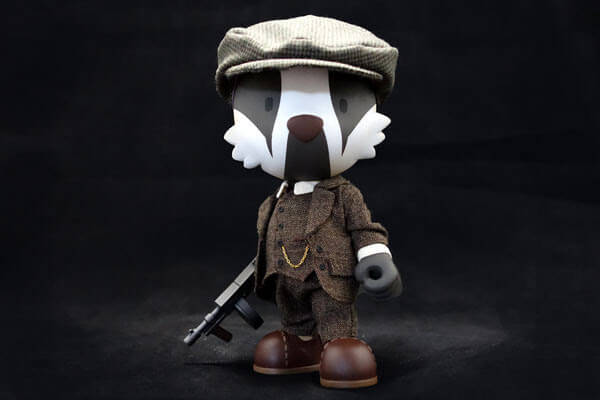 Darby stands roughly 7.5″ tall, signed and numbered set of 10, includes the crates, their contents, and a seagull (sidenote: I actually heard a seagull caw overhead while I was painting this seagull & I honestly can’t remember the last time I have ever heard a seagull here) : $875 + S&H. 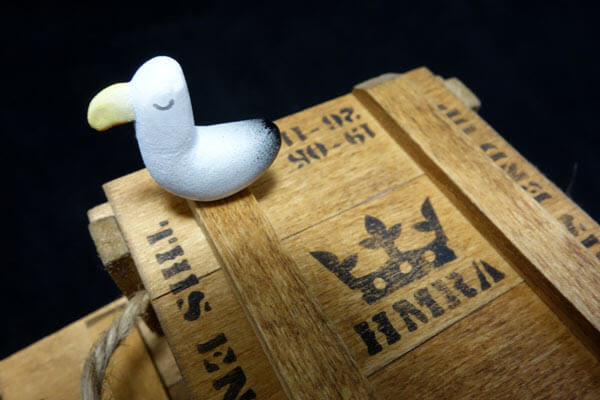 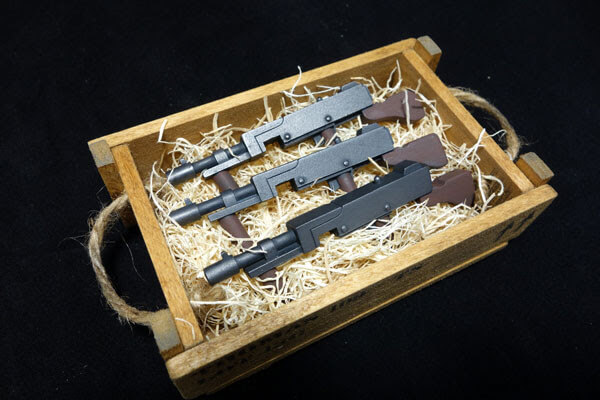 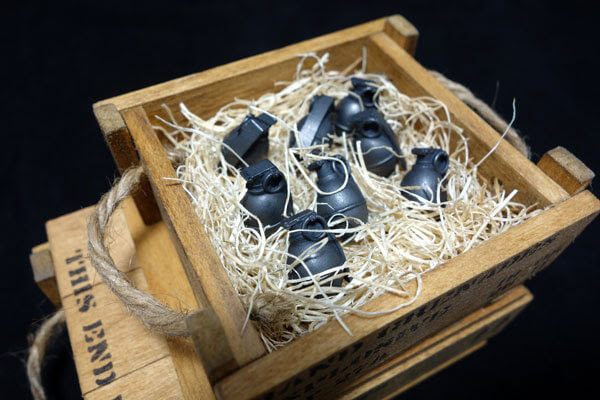 Anyone interested in adding this masterpiece to your collection please email [email protected] ASAP.  Payment due at time of ordering. These will ship in 4-6 weeks. 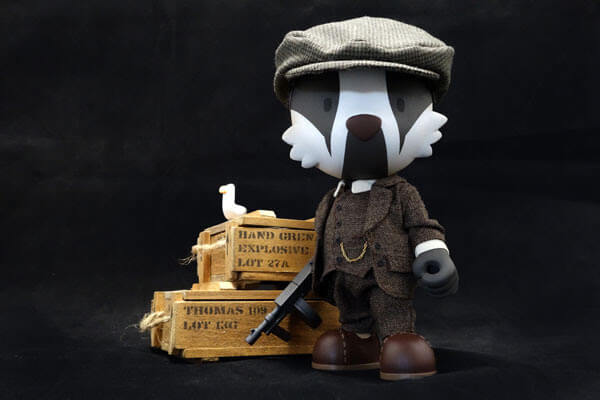 One other thing I want to highlight. I’m digging that Huck has the decently to take some beautiful photos of his work. Artist/ customizers please take note. Doesn’t have to be that fancy going outdoors. All you need is black or white paper and use your phone. It’s better than taking a toy/ art that you want to sell and expose to the public with photos of a messy background and clutter. Take Hucks photos for an example. Nice to see Huck doesn’t have a big ego to get down and dirty taking a shot. Puts in the effort as much as his art. 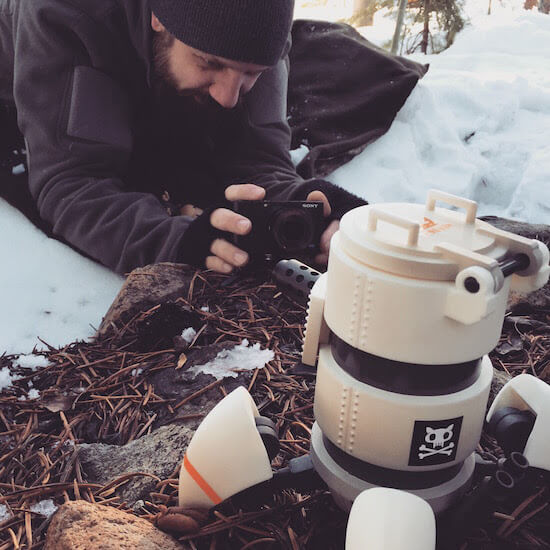