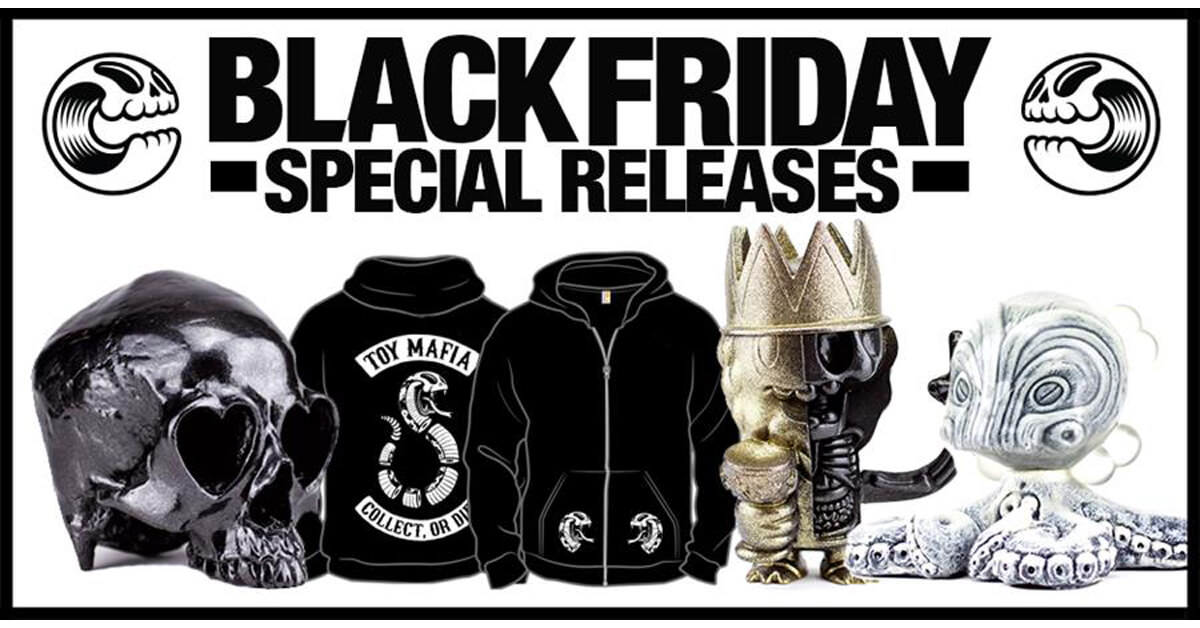 Clutter is super excited to bring you some super special Black Friday special releases! Who says Thanksgiving weekend has to be all about the turkey and cranberries? Power up your bank account as Clutter drop the hammer with these releases which include Ron English, Jason Freeny, Pete Fowler, Huck Gee, Dethchops (Josh Kimberg) and Incredigris. To top off hows does T-shirts for $10 or less, BOOM!

Clutter and Popaganda are excited to announce the official release of the Black Pearl colorway of the iconic Ron English Heart Skull!!

The perfect compliment to the Pearl colorway released earlier this year,  the “Black Pearl” edition is an aluminium fleck, black carbon beauty.

Fade and sun resistant, this colorway is limited to an edition of just 50 pieces worldwide.

The Heart Skull sculpture is a roto-cast resin piece of art, measuring 6″ tall x 4″ wide x 6″ deep. Made in NY by Clutter Studios. Each sculpture has Ron’s Signature engraved on the back.

The 3D Version of Ron English’s iconic Heart Skull design originally made its debut at his solo show Thought Factory that took place at The Clutter Gallery in 2013. 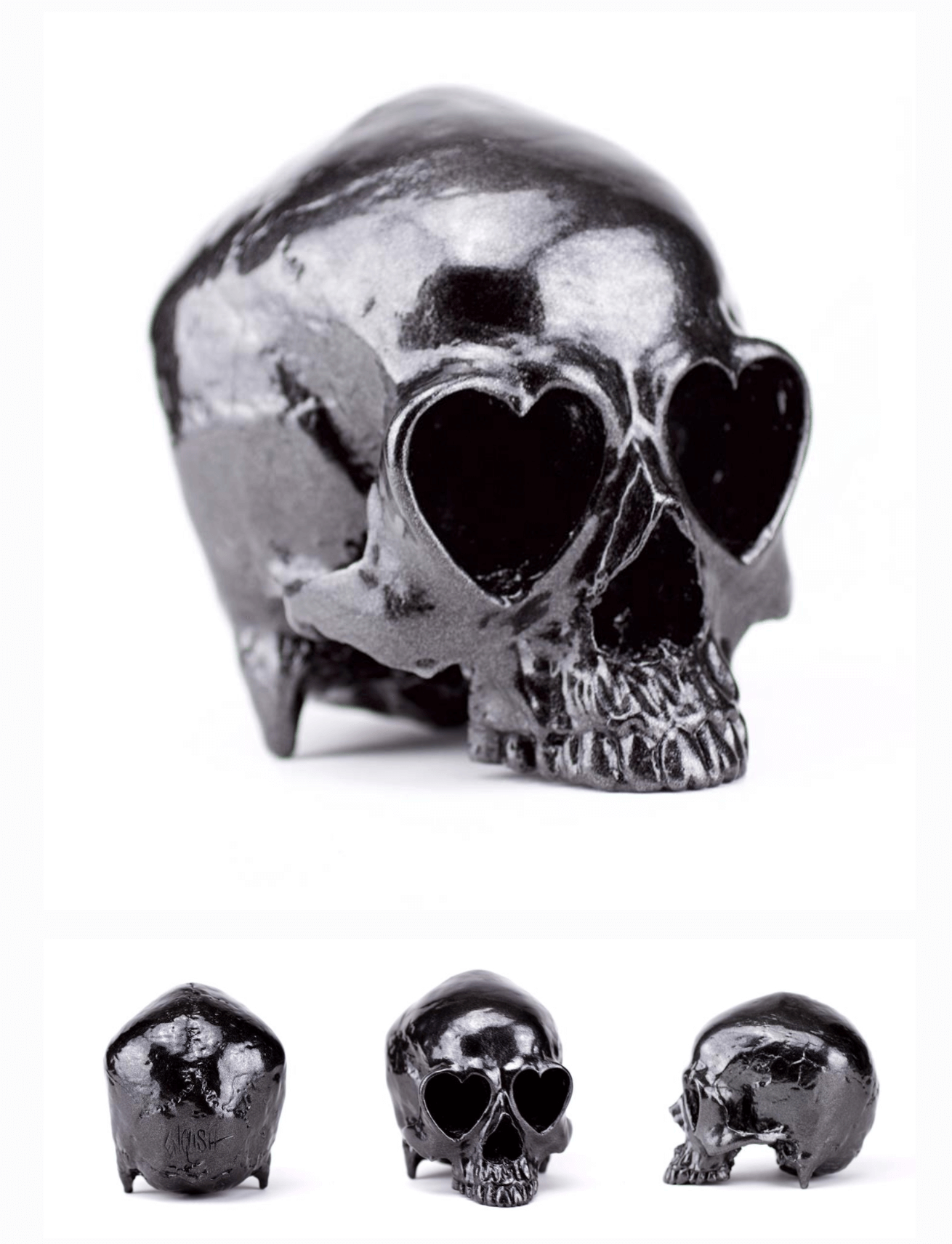 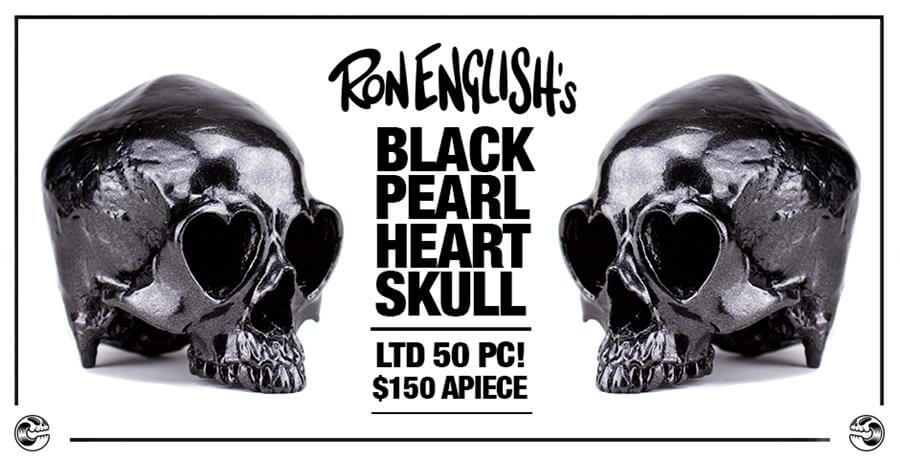 The “Dissected Toy Prince” is limited to just 50 pieces worldwide, and produced in a half black, and half gold sparkle colorway. 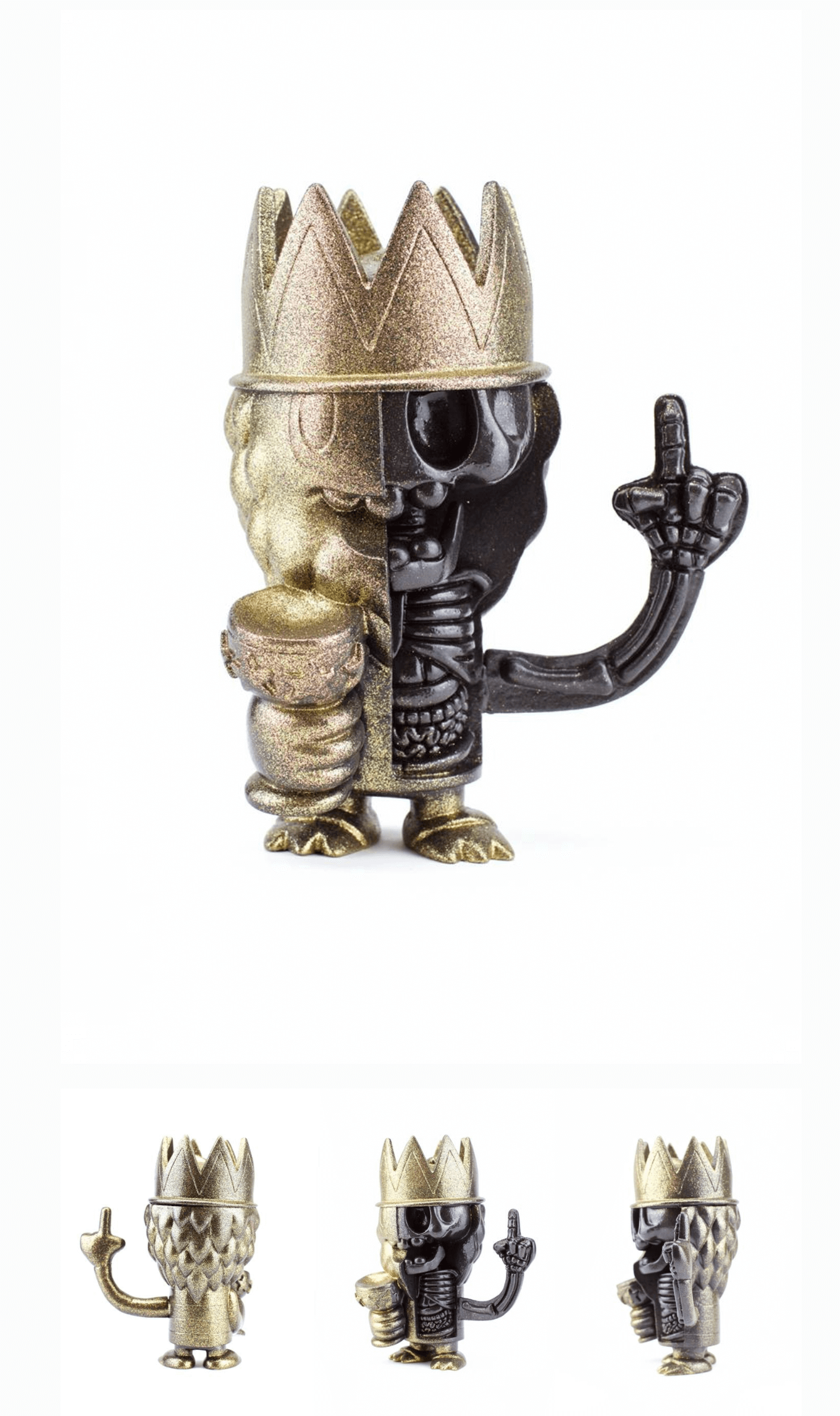 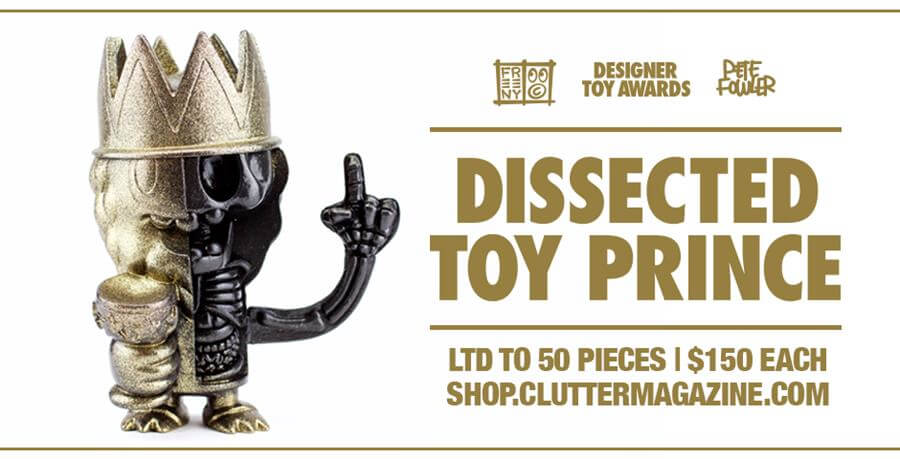 These 8-inch tall resin statues have been cast from Freeny’s original sculpt and hand-painted in the glittery gold & black colors shown.

100% of the proceeds from these figures benefit the funding of the Designer Toy Awards.

*Limited to 2 per customer*Available Friday, Nov 24th at 12 Noon EST 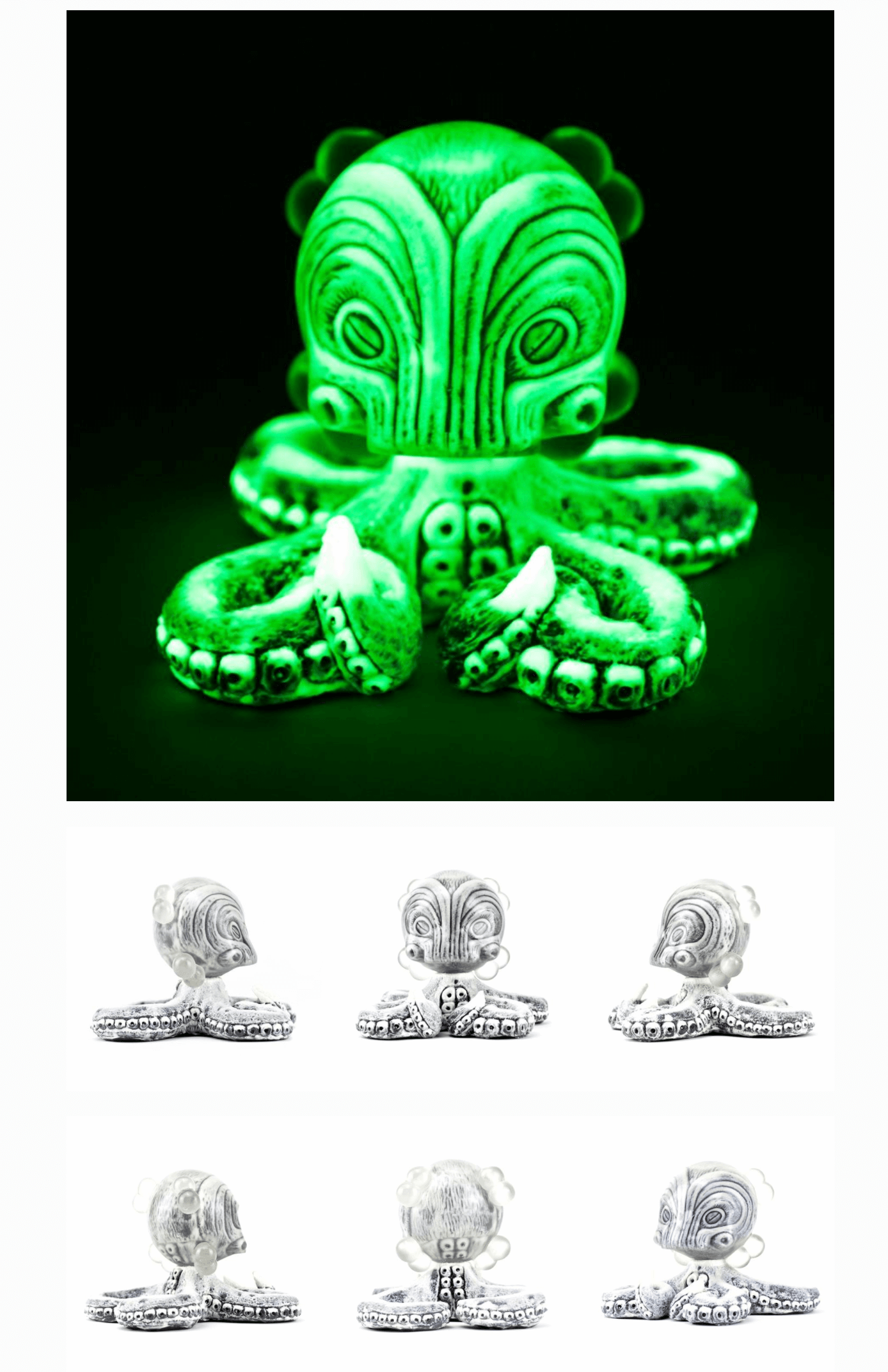 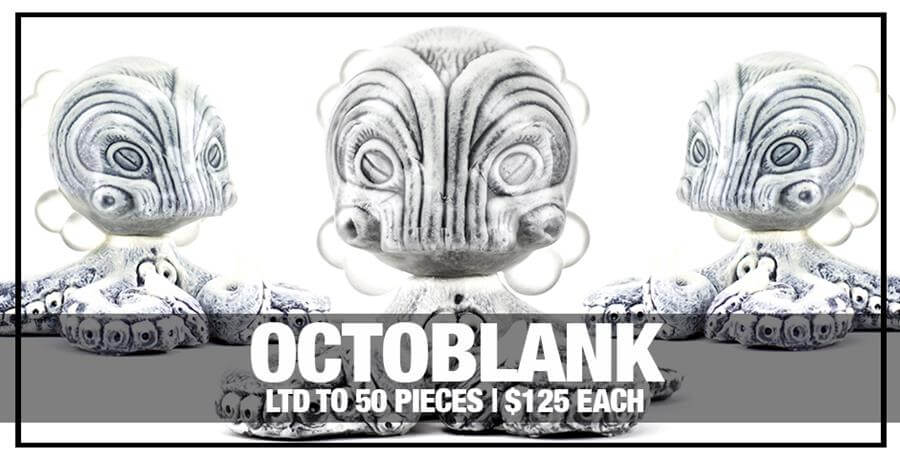 One of the most requested resin releases of the year, the Octoblank, is back with a brand new colorway!

First saw in a blue and orange colorway released as part of The 2nd Annual Blank Show exhibition, this new color is limited to just 50 pieces.

Introducing a new artist to the Clutter family! Making his first appearance with the gallery, Incredigris bring us a mind-warping 3dimentional acid-trip of a print, with the “DNA DINER“.

Printed on the highest quality archival glossy paper, this exclusive print measures 18″ x 18” and is limited to just 50 pieces, hand signed and numbered by the artists! 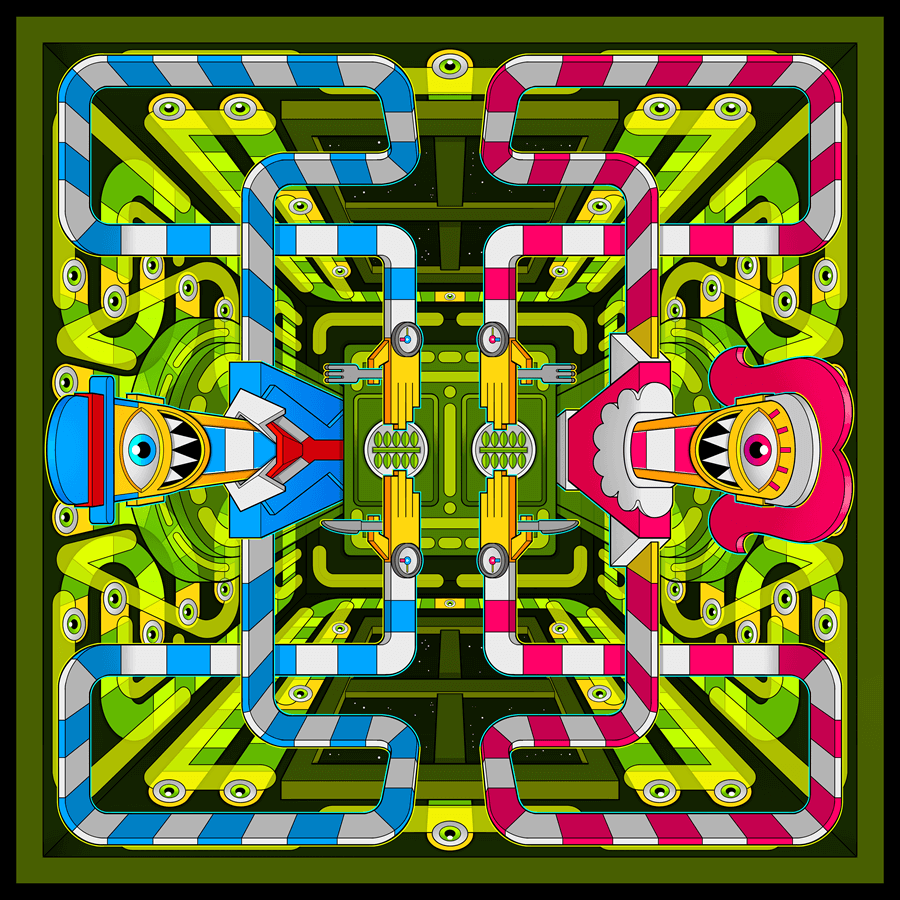 Priced at just $125 apiece, this image will keep you mesmerized for years to come.

As the weather here in the North-East is finally turning cold, we have just the thing to keep you warm… A Toy Mafia Hoodie!!

We have had so many requests for these that we are offering them as a pre-order. Orders will be taken from Black Friday (11/24) for ONE week (until 12/1). 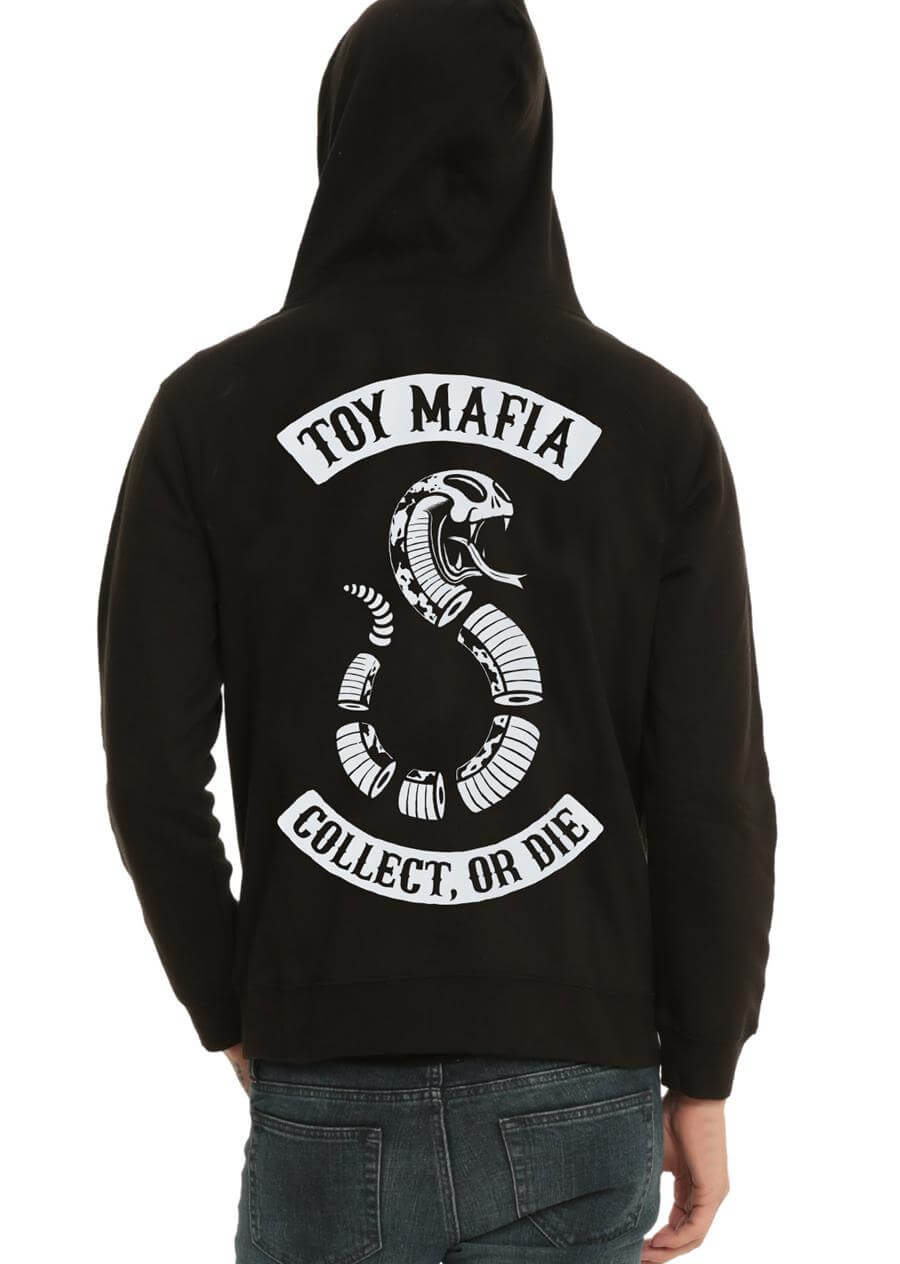 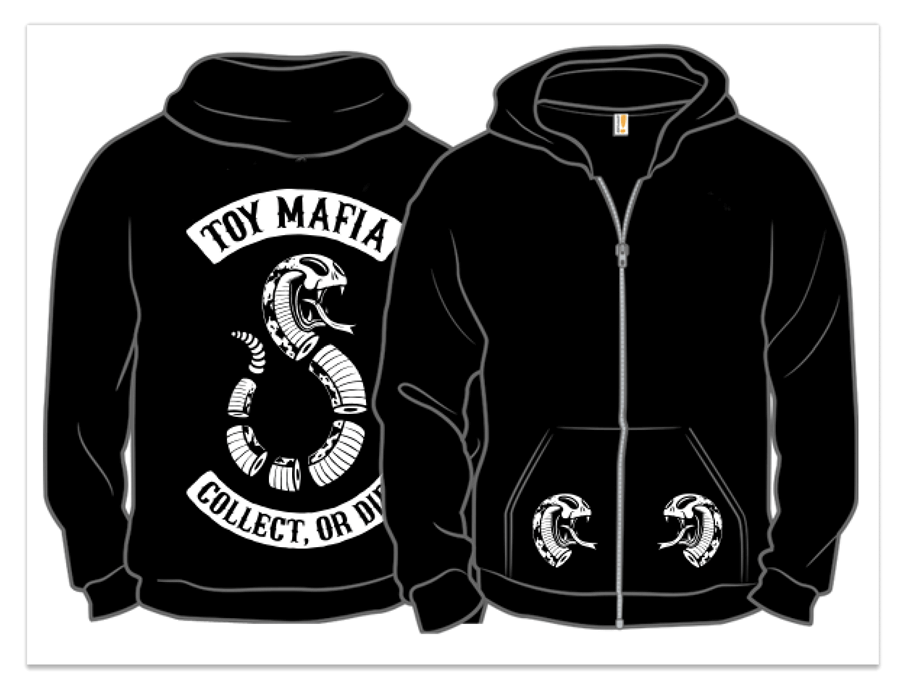 Priced at just $45, get your order in while you still can, and wear your toy nerd with honour! 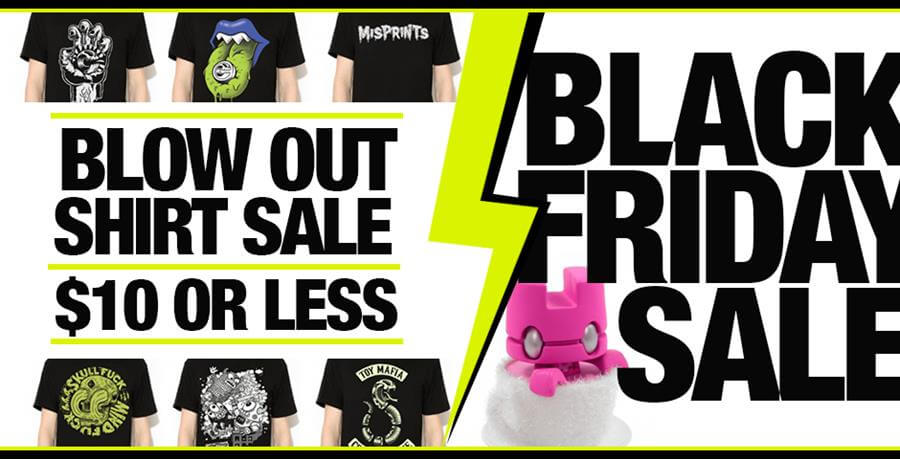 To make room for some brand new T’s we are blowing out all current shirts for $10 or less!! Plus we have a couple of other bargains up ready for you to snatch up.

(all info and media lifted from Cuttler)