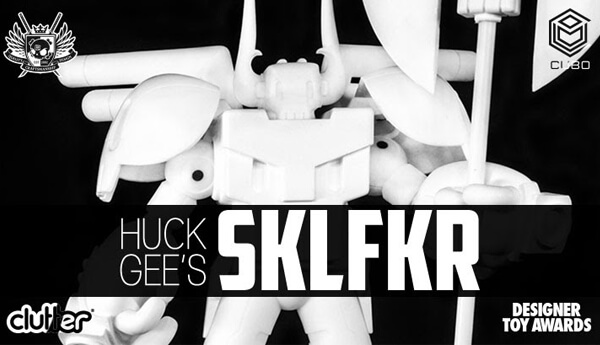 Callin all mech’s run like a mother fxxker, as SKLFKR – UNTOUCHED Edition by HUCK GEE x Cubo 3D x Clutter makes its international debut! Seen at Five Points Festival now you international collectors can finally own one and destroy your shelf space. Some say this could possibly end all relationships with your partner and other mechas, Ha. Standing at TWENTY INCHES (24 to the top of the axe) it means business (make sure your shelf can handle the awesomeness)  As this is one beast of a skull-laden, robotic awesomeness. 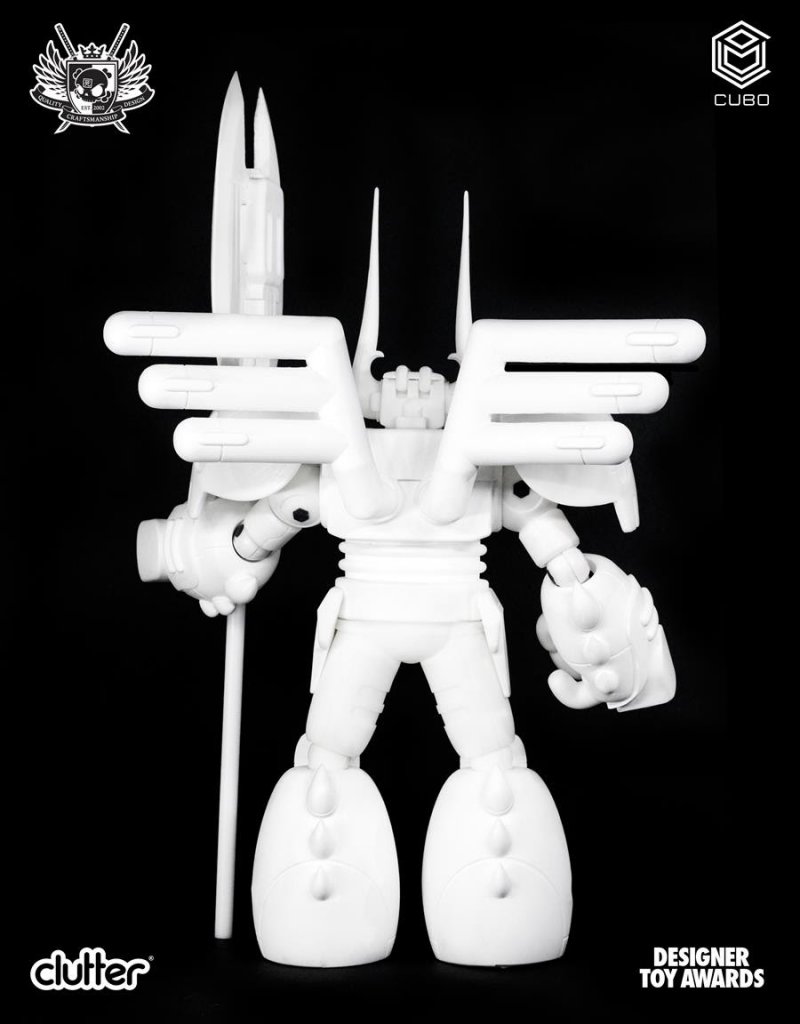 Produced in an all white (Untouched) version – not specifically a DIY, more of an unpainted beauty –  it has 11 points of articulation, a detachable axe, and a face that opens to reveal a driver’s seat! That said, it does make a great canvas, so we are super excited to see some amazing custom pieces.

We partnered with 3D experts Cubo to make this gigantic work of robotic art. Cubo 3D sculpted, rendered and printed this mighty beast. Not only that, they engineered and constructed a series of 3D printed custom rubber gaskets in order to make it plug together and give it 11 points of articulation!! – Huck Gee x Clutter 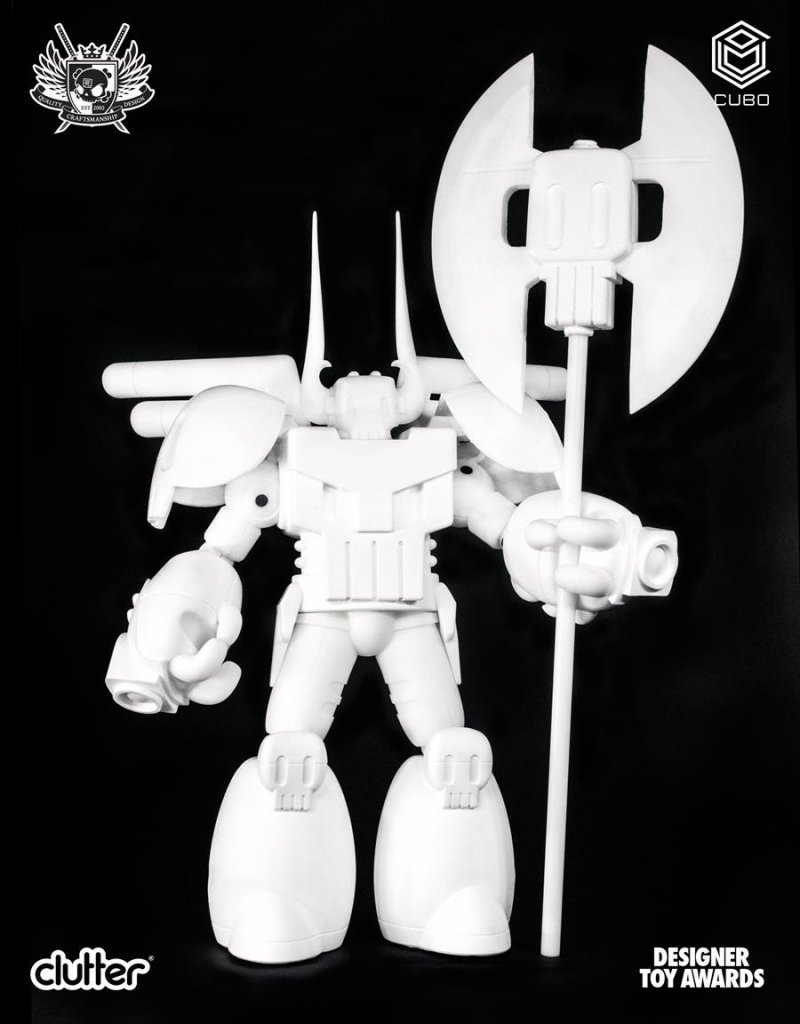 Hand poured and assembled in New York at Clutter Studios, this mecha-colossus is produced in a mixture of solid and roto-cast white resin.

You can secure your copy of this epic piece this week!

WHERE:  shop.cluttermagazine.com, Priced at just $300 per piece, pre-orders will be taken for one week, until Friday, Aug 4th.

Just for some scale: Below is a picture with the SKLFKR with his friends, the 20″ Blank, the 4″ Mini Blanks, and the 6″ RE:Blanks – if that doesn’t put him into perspective we don’t know what does! 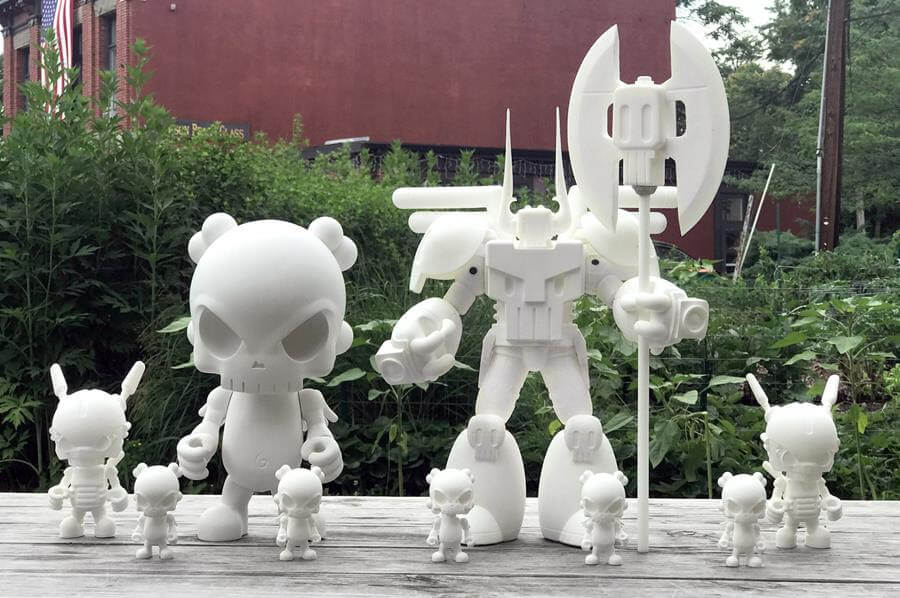