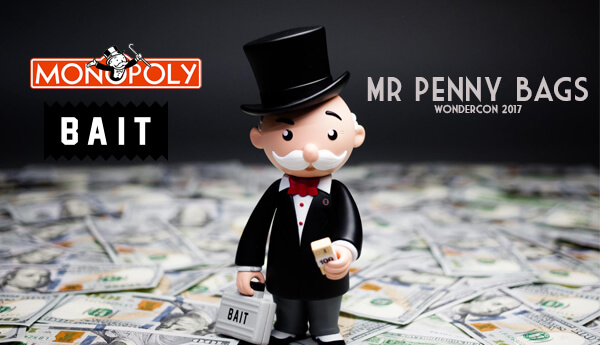 BAIT is the booth is one of the booths to go to if you are lucky enough to be going to this weekend’s Wonder Con! Another awesome release has been announced. This time it’s Mr Penny Bags from the board game Monopoly gets turned into a fully fledged licensed Hasbro figure with the help from SWITCH Collectibles. Mr Penny Bags waiting to take your money!

BAIT has teamed up with Hasbro to commemorate the original get rich or die trying board game. This collection will release this weekend at the BAIT WonderCon booth

Accessories at the plenty and check out that BAIT briefcase! 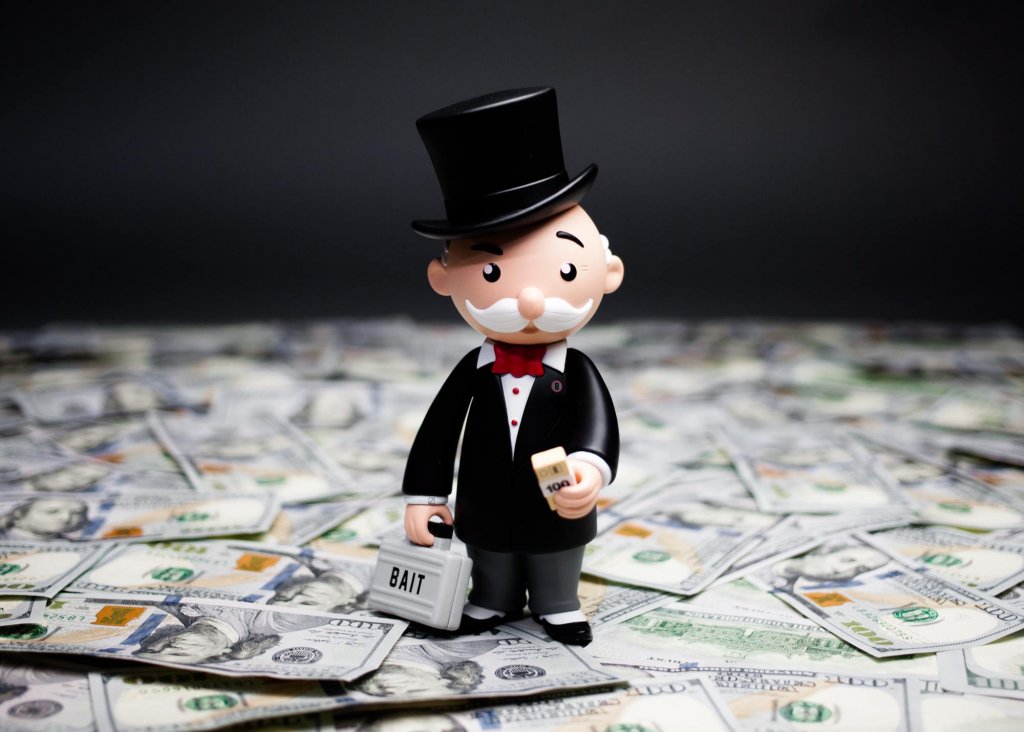 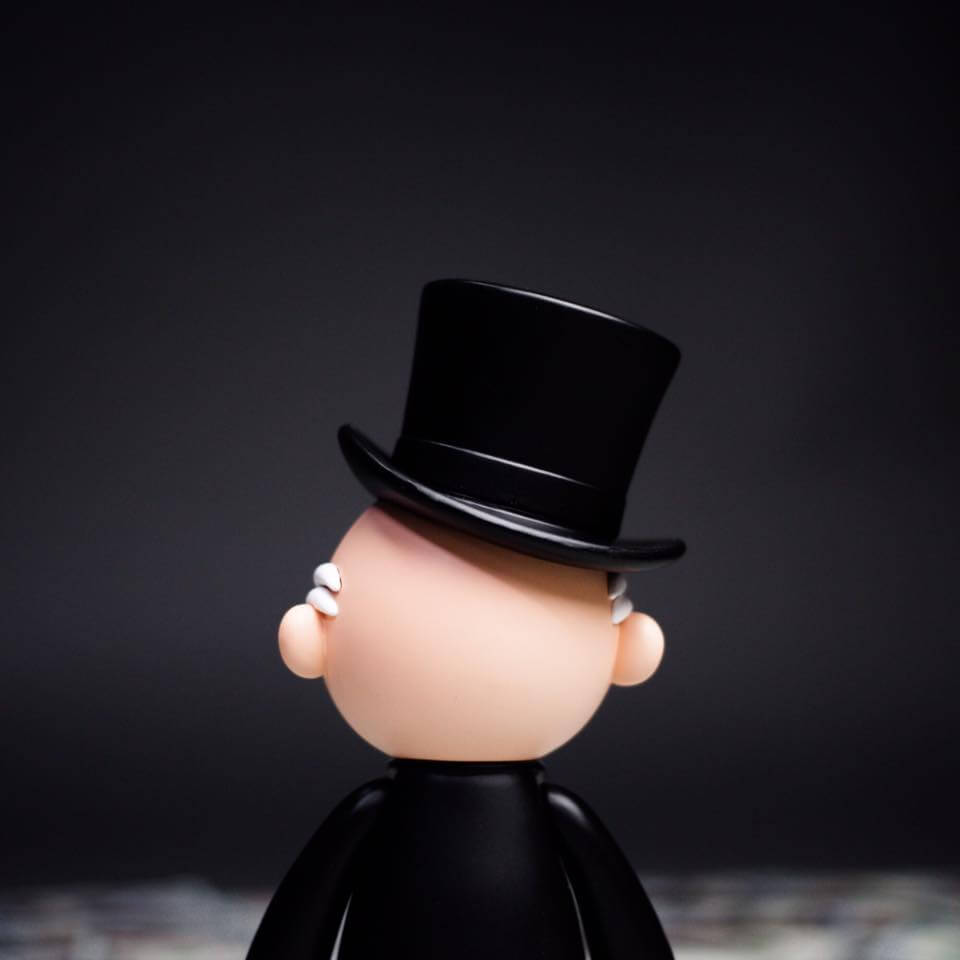 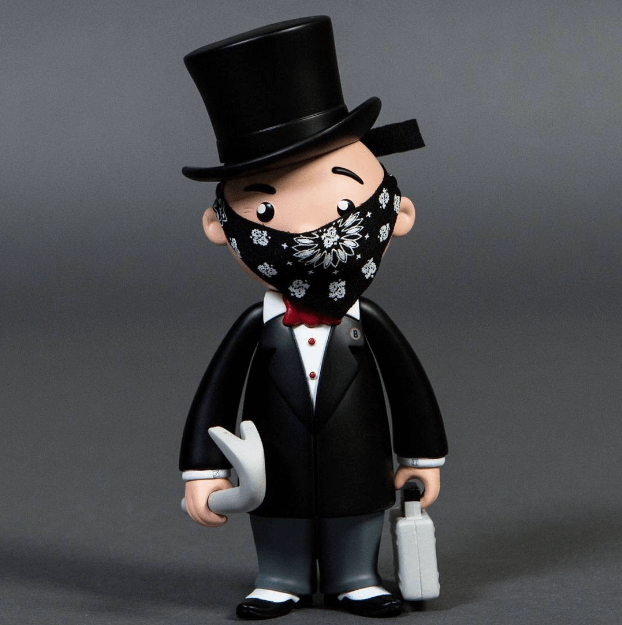 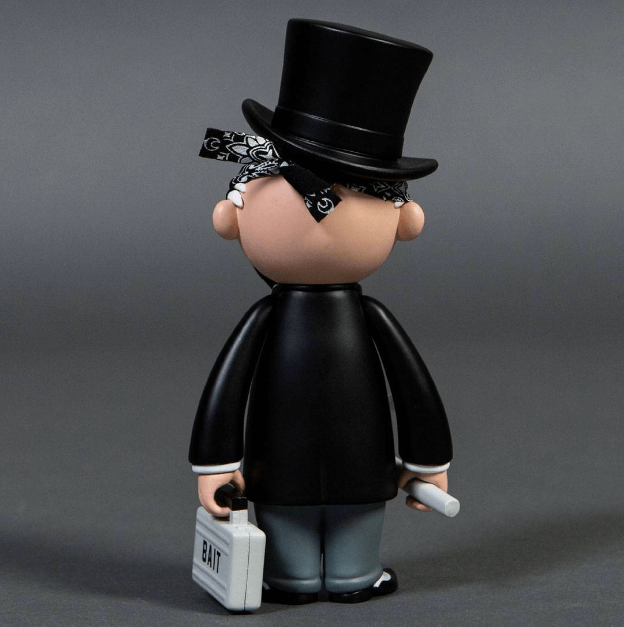 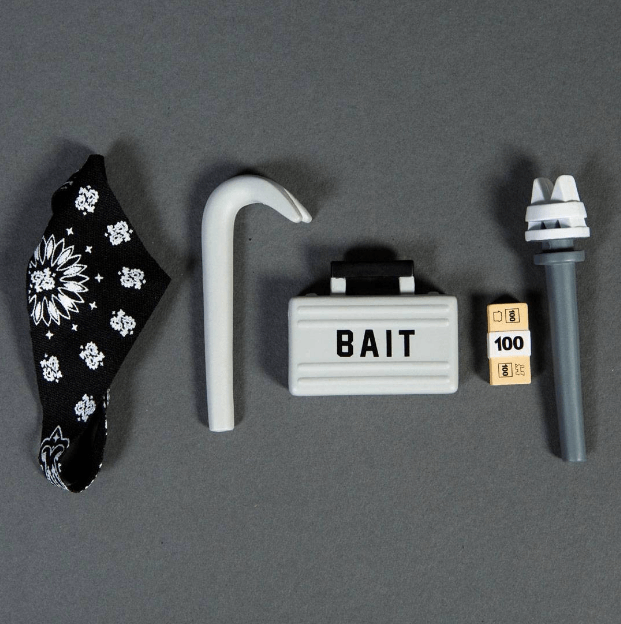 (all info and media lifted from BAIT)