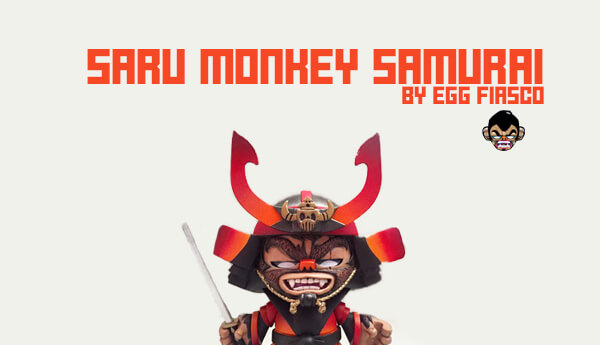 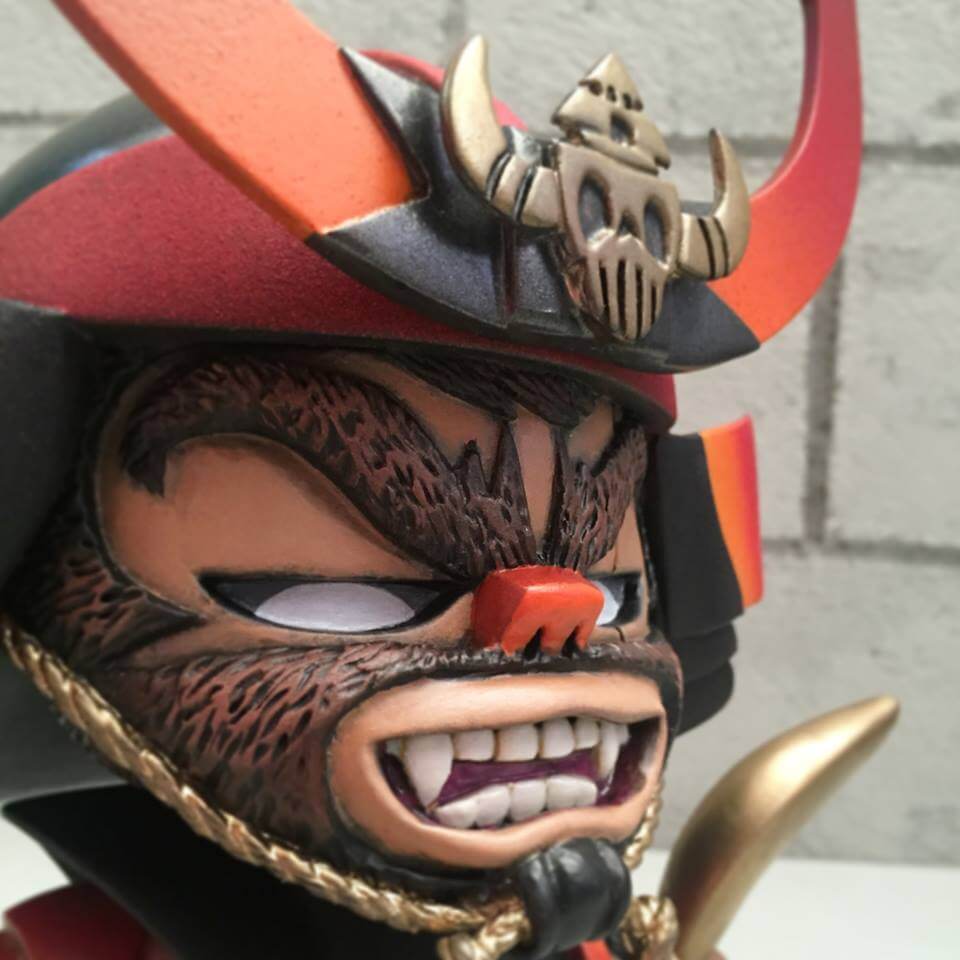 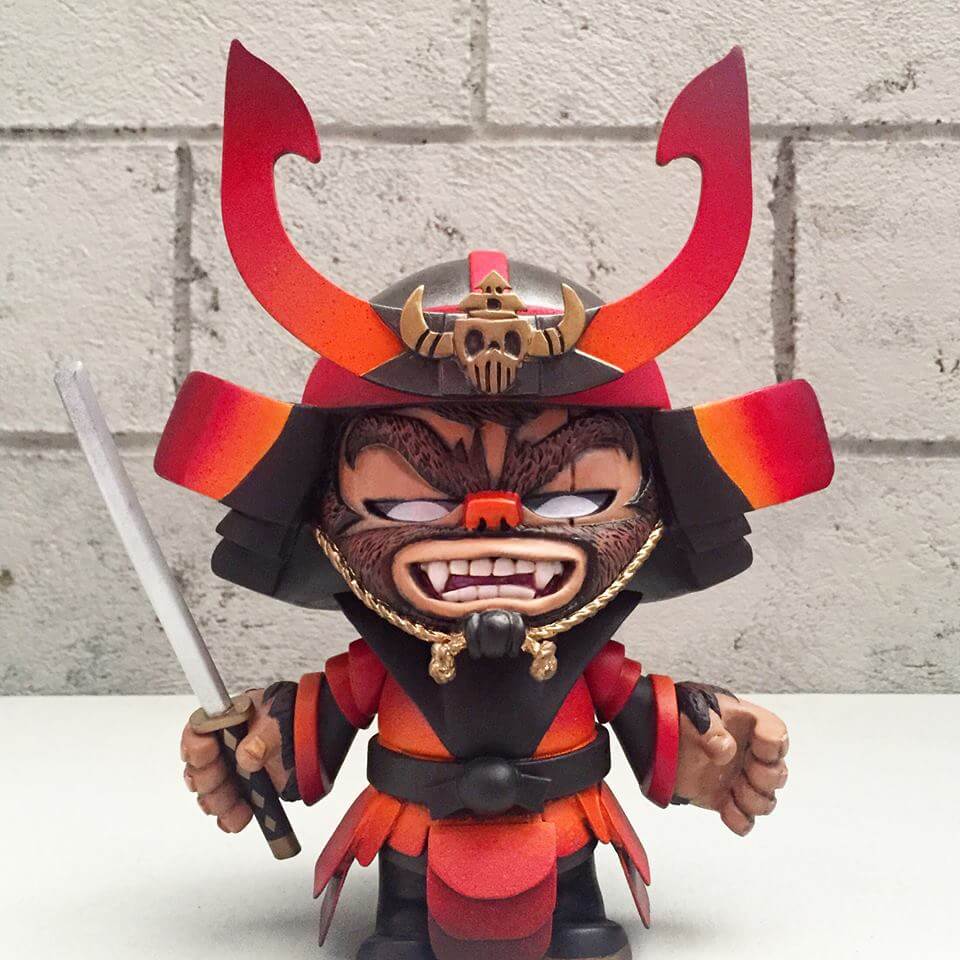 Nice to see Egg Fiasco keeping the pose and stance of the OG Skullhead samurai as that and the helmet is the only way of telling sign that it’s a Skullhead Samurai. Shame we don’t see more of Egg Fiascos work, fingers crossed we will see more from him this year. Saru Monkey Samurai will be shown in all its glory at the show. 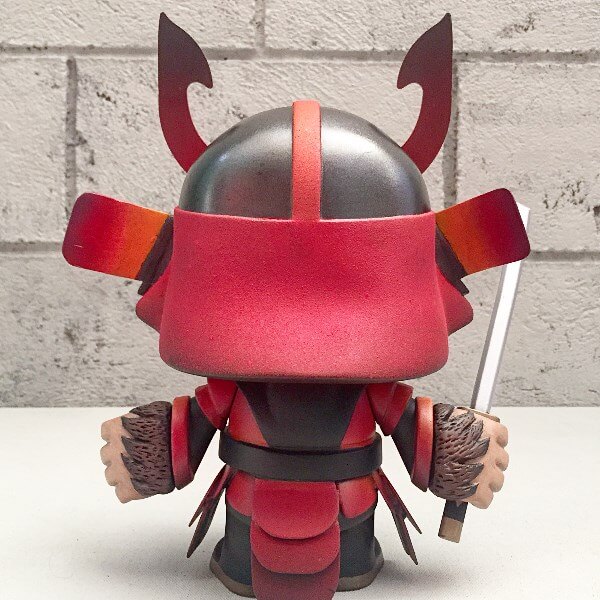 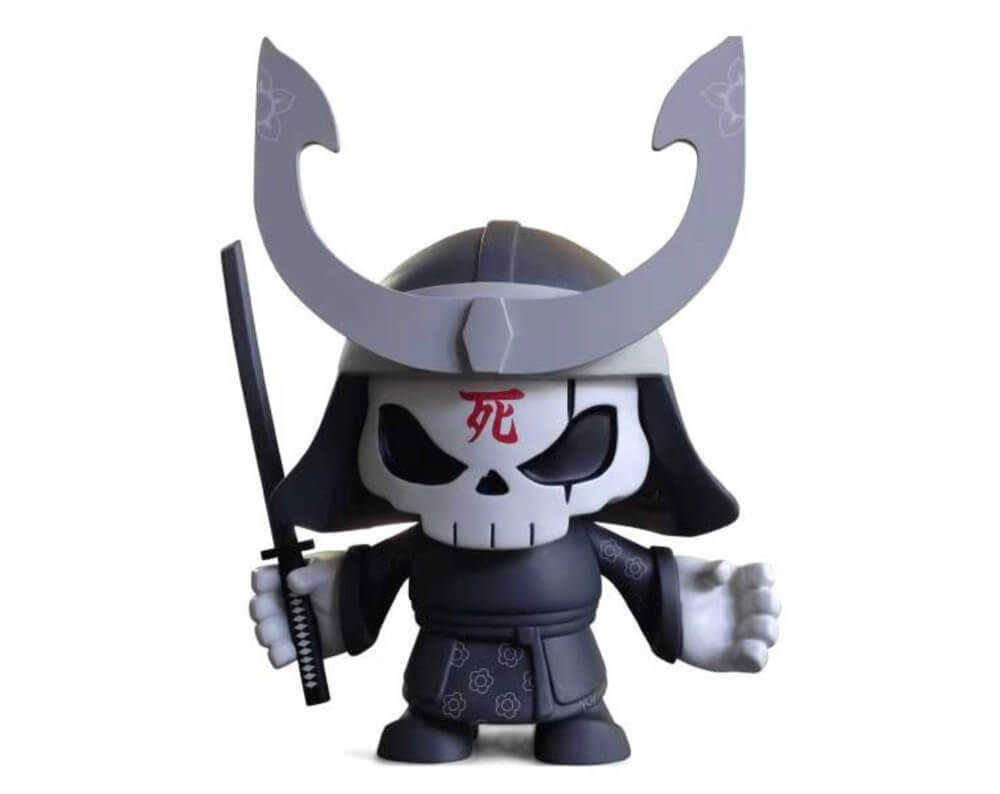