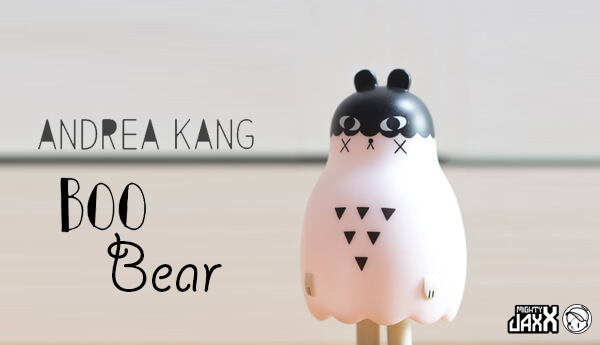 The week ahead is already looking good, Andrea Kang and Mighty Jaxx lifts the lid behind the WIP Boo Bear illustrations last week which were revealed HERE.  Now Andrea’s Boo Bear gets a full reveal and not only that, a RELEASE date. Andrea Kang x Mighty Jaxx project took us by surprise and this release info, we defiantly didn’t expect it to be released so quick.

A wandering ghost, Boo Bear is a creature of magic and a keeper of lost wishes. 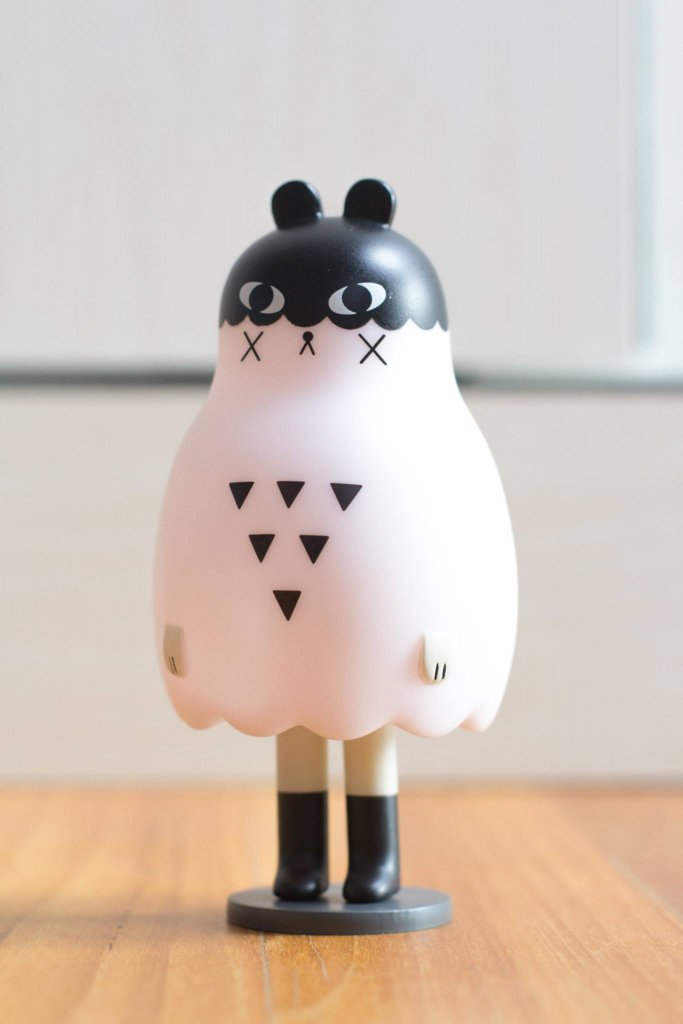 We love the Boo Bear but we hope that the stand is removable, although it might be a little top heavy and easily fall over it would look much better without that base. Anyway another production designer toy ticked off from Andrea’s growing list of production figures and long may it continue. 100% one for the TTC HQ and for new and old Andrea Kang fans. Boo Bear by Andrea Kang will be available on December 10th at  www.mightyjaxx.com

About Andrea Kang
Andrea Kang is an illustrator, designer and toy maker. She graduated with her Masters from the Rhode Island School of Design and, since, has created a world inspired by awkward moments, mundane rituals and objects, and cute animals. Her narratives evoke nostalgic reflections and highlight subtle underlying emotions of her seemingly cute and innocent creatures.