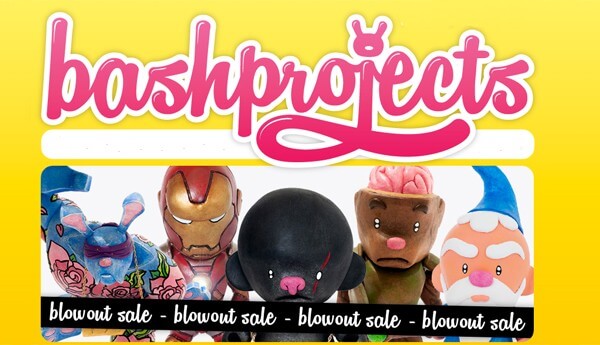 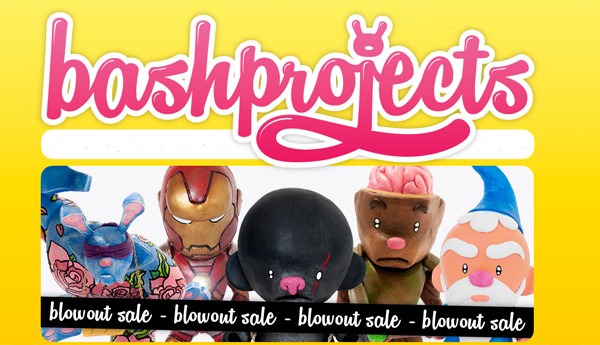 Thats right, Bashprojects is having a crazy blowout sale happening right now. The choices are huge including custom Wandering Misfit to Coarsetoys! so why wait and grab a bargain.

Here are a few examples of whats in the sale.

Buddy was the first bunny that went into outerspace. But something went wrong!As his spaceship came in orbit of Mars we lost contact with him. After 10 years he finally came back to earth. But something was wrong… One thing we know for sure: We are not alone!

Hanky Panky always wanted to be a Pirate. He dreamed of sailing the open seas, plundering ships, drinking rum… living the good life! But he is just a small boy living in a small town.One day he decided just to go for it! He build a boat, chopped off his hand, made a hook, took out his left eye, made an eye patch, bought some rum, made a pirate flag and set goodbye to the people of his town.
Hanky Panky went to the beach to set sail. But he noticed something was wrong… his boat was to small for a sail.
Hanky Panky is now a real Pirate Captain! He’s floating around in the open sea waiting for a boat to pass him by to plunder.

We found the little brother of King Kong…
Kid Kong is a lot smaller but just as strong and angry as his big brother!

I found Jason at the same time as I found Crusty. They were both turned to wood by the evil witch. But there was something different about Jason…
He had two birds on his head!
The birds drove him crazy with their talking. But he couldn’t do anything about it.

Is it a bird? Is it a plane?
No! It’s SuperSugarSkull-Man on his wooden skateboard…
You may think you’re a hero, but you’re not!

This is just a very small selection, so be sure to head over to http://bashprojects.com/ to see the full range.