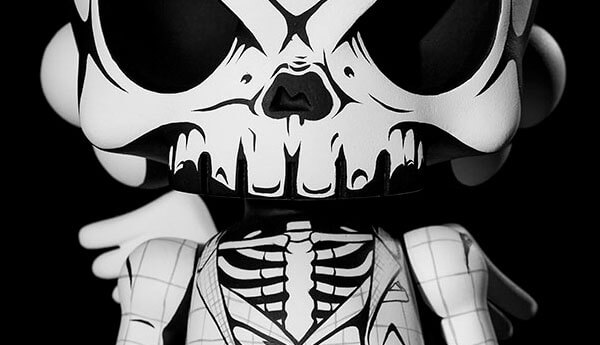 There is just no stopping Jon-Paul Kaiser! How has that man not won himself a Designer Toy Award over the course of the last few years?! Just days since JPK revealed two new Custom Huck Gee Skullhead Blanks, he has out-done himself again by revealing the ‘Parochial Punk’. Damn just look at those detailed brogues! Made for some stompin’ that is fo sho. Dressed to kill in that pinstripe suit! 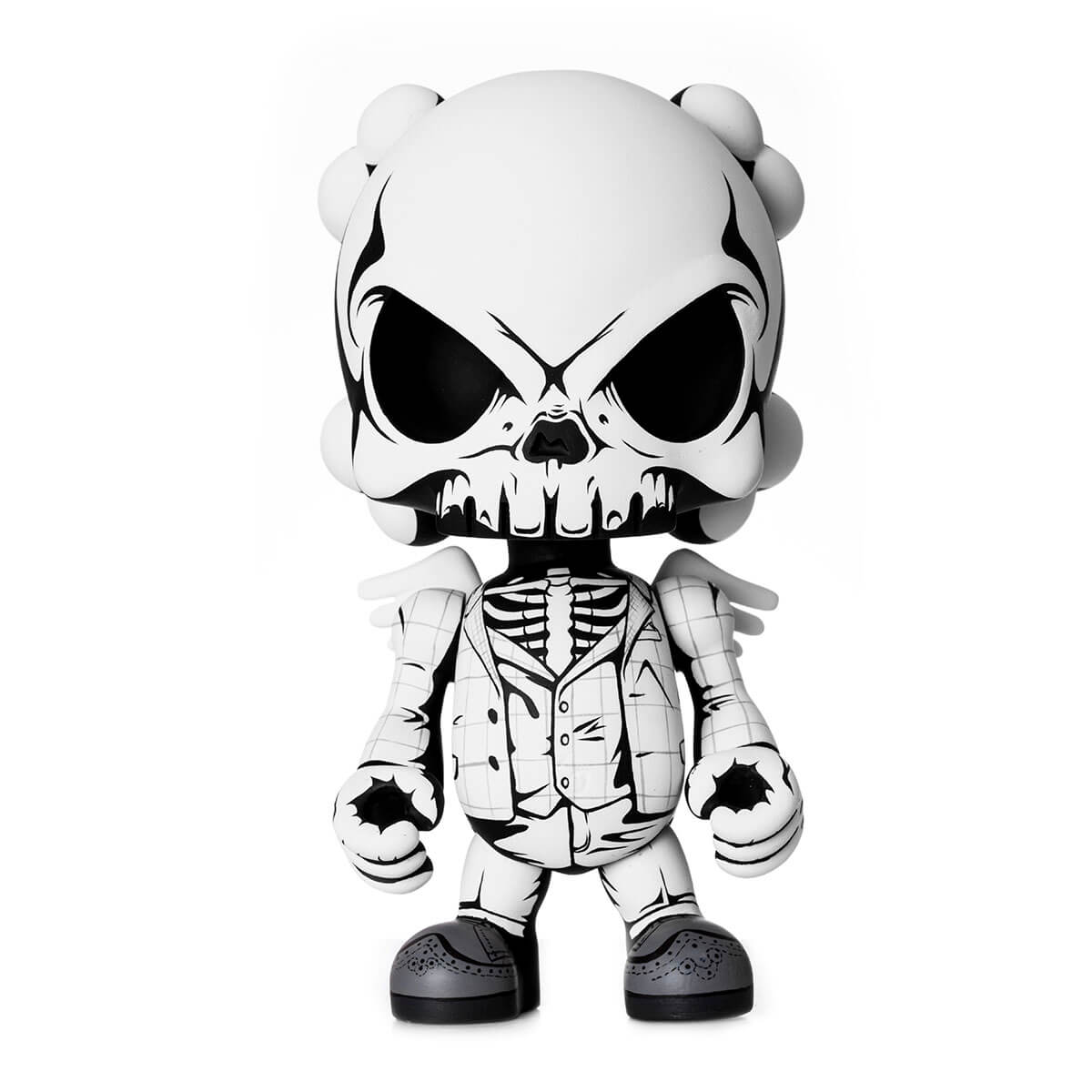 There is a story to this custom, we’d like to share with you guys. The Parochial Punk is heading to the TTC HQ but through the kindness from one of our awesome readers. When The Toy Chronicle headed to New York for NYCC, we hooked up with Huck Gee and were able to pick up one of Huck’s Skullhead Blanks as a request from said reader. As a thank you he was able to pick up one of The Blanks online and commissioned. Go check out our friend & avid TTC reader, @toystep on Instagram! Building a great collection of awesome Designer Toys. We have him hooked on Jon-Paul Kaiser at the minute, @toystep actually commissioned the previously announced JPK Custom Skullhead Blank ‘Spectre’ which you can see below in the collection of three custom Skullhead Blanks by JPK. 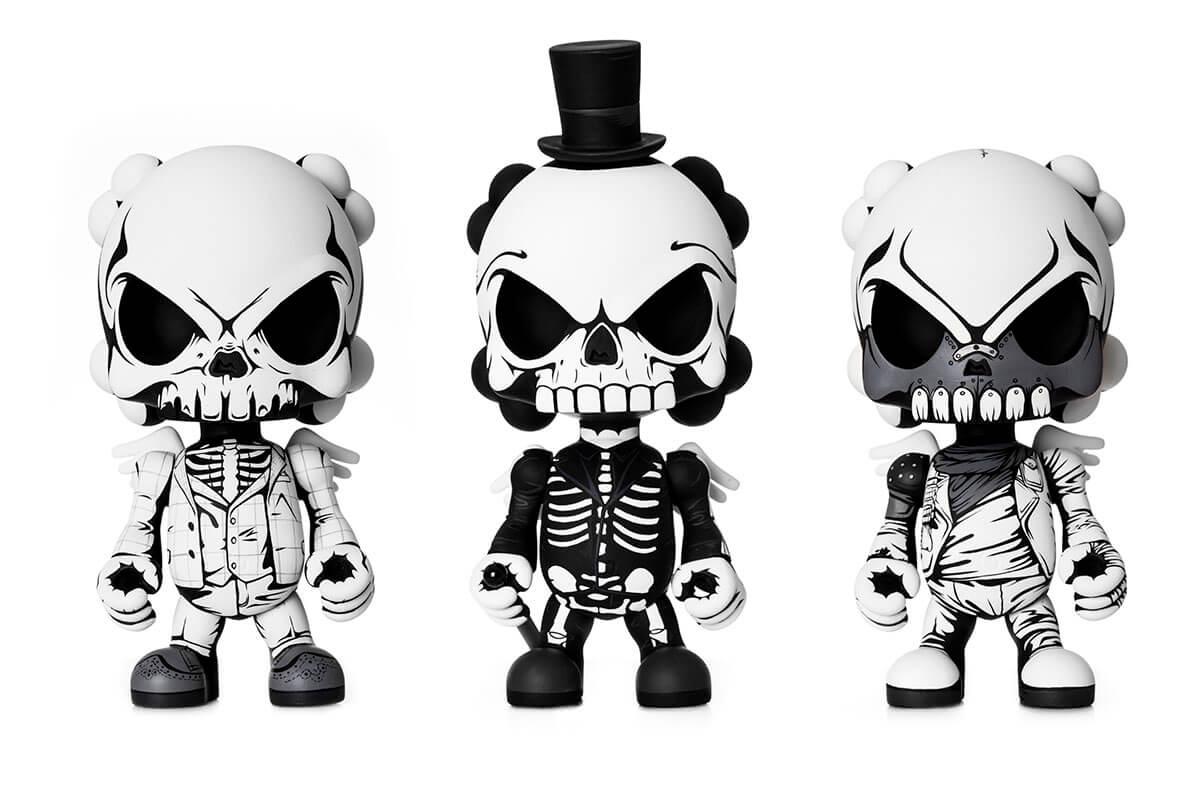 There is no doubt that the Huck Gee Skullhead Blank is one of Jon-Paul’s favourite pieces to customise – every time he reveals a new custom, we find something more beautiful. Long may that continue!