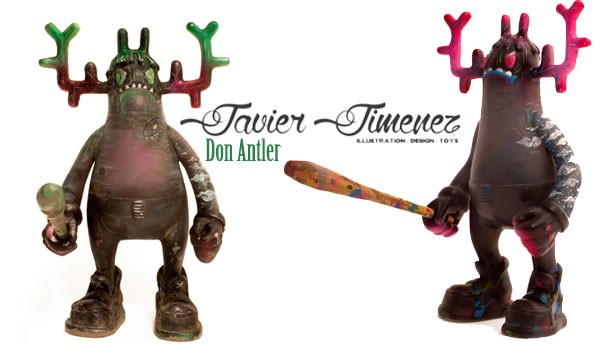 The self-taught illustrator and character designer based in Granada (Spain) Javier Jimenez, whose style is highly influenced by classic cartoons,street culture and hip hop Javier Jimenez has come up with Don Antler Resin figure, last seen at SDCC and a few other shows in the past months, but now with different colourways and designs. This unique design was sculpted by Barbatos FX. Designed and painted by Javier Jimenez. 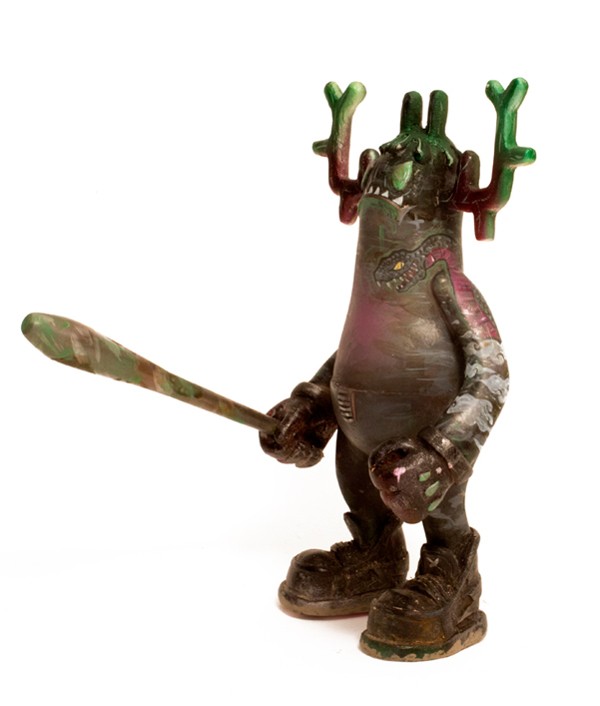 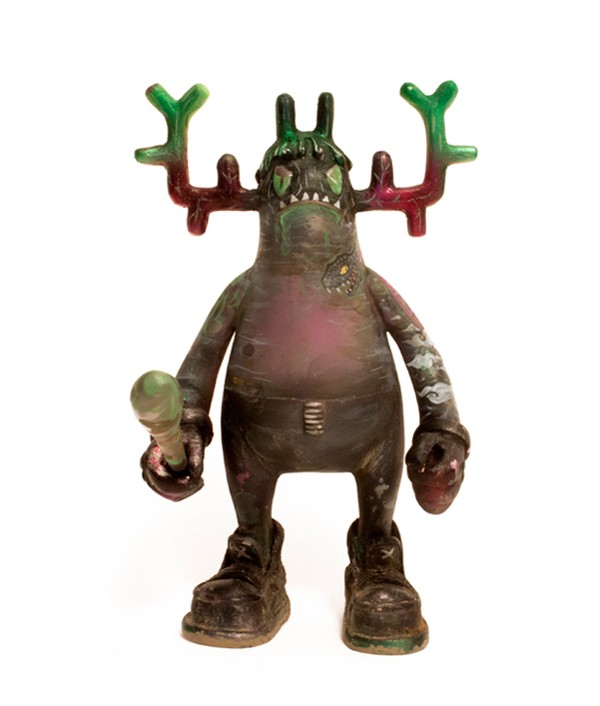 Both designs are cool, personally like the clouds on the arms and colour scheme is great. 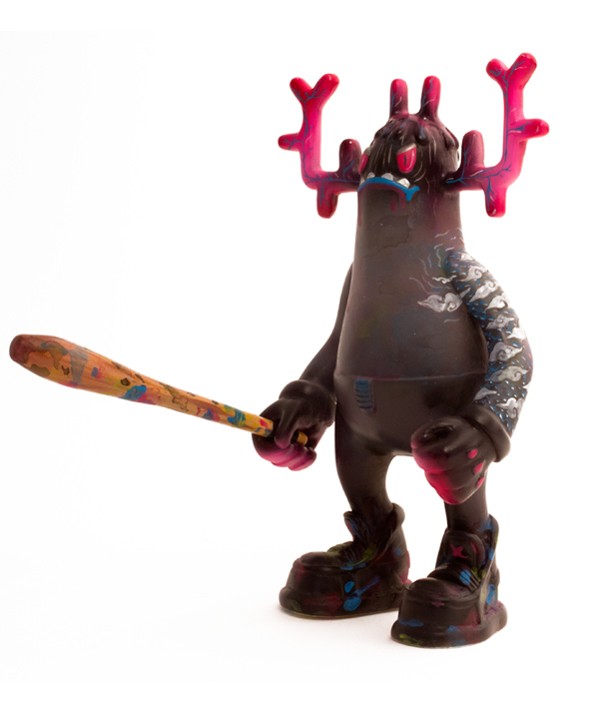 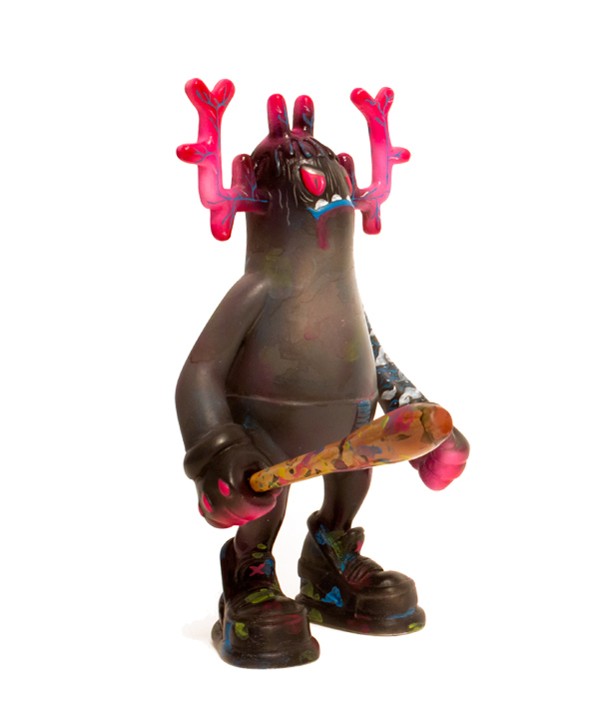 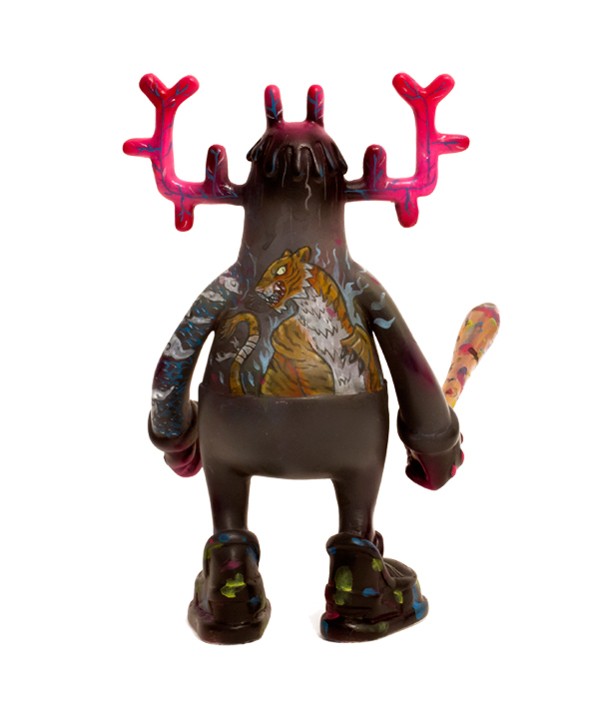 Javier Jimenez will be showcasing his work at a show at a local shop/gallery in Granada, Spain. It will feature both illustrations and toys of both Javier Jimenez and artist Okokume. Since people in Spain are not familiar with this kind of toys,Javier Jimenez painted some mainstream pieces like Dunnys, Bossy Bears and such cause I guess some will recognise them. Also a few sofubi pieces and Javier Jimenez own Don Antler figures. If you are around Granada in Spain then why not pop over and take a look or even purchase some of his work? 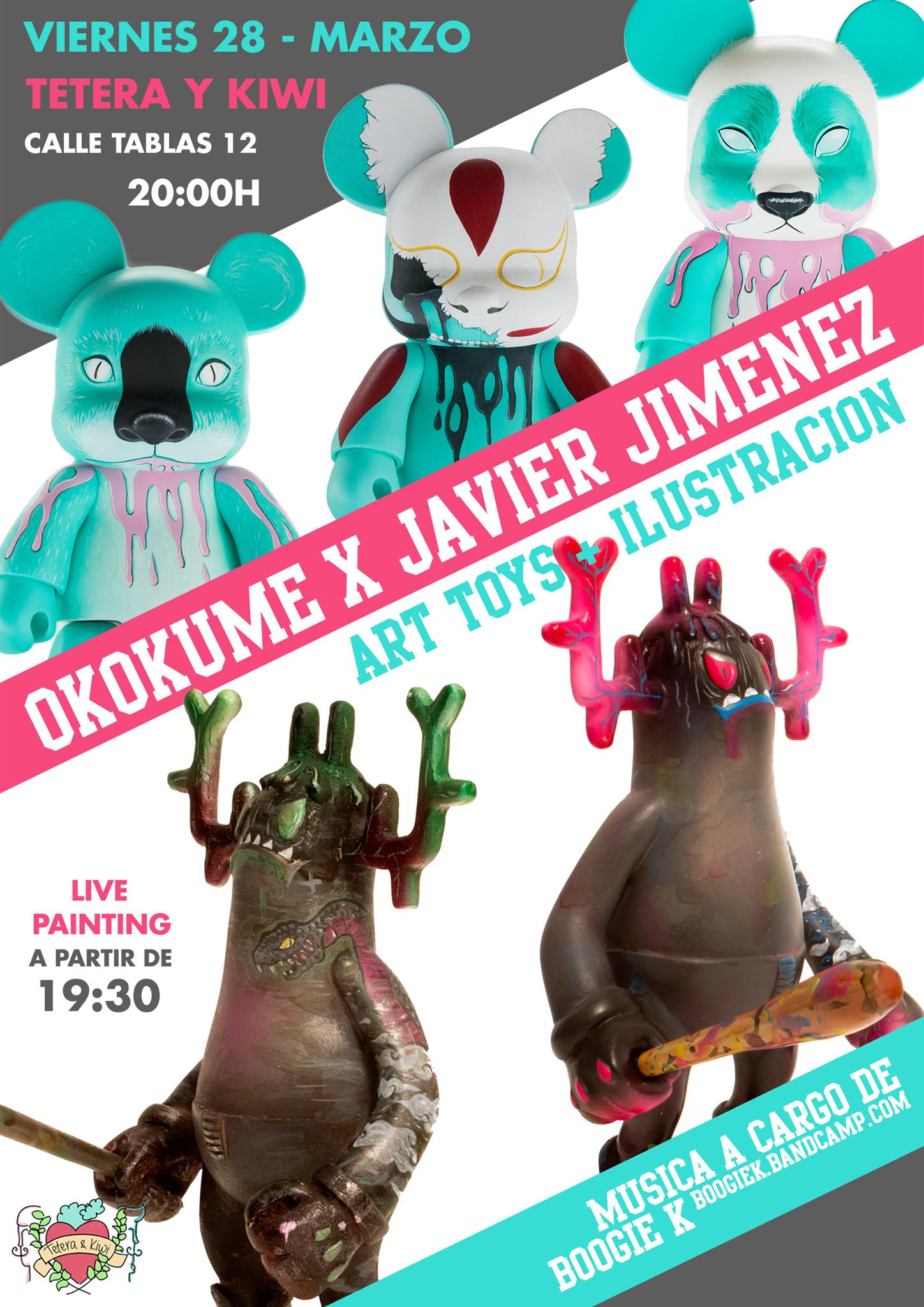 Give him a Holla Via 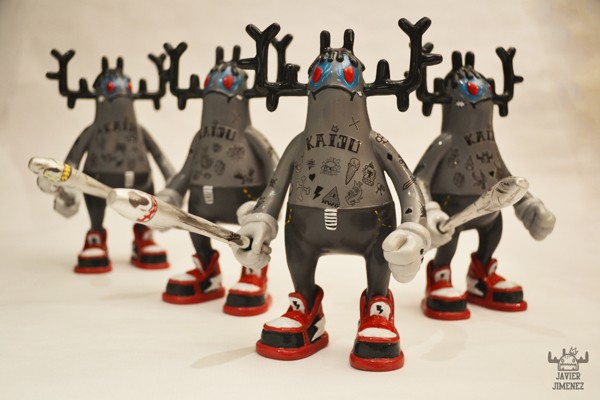 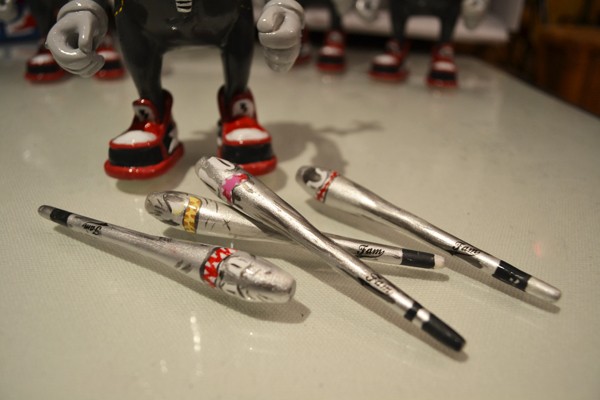