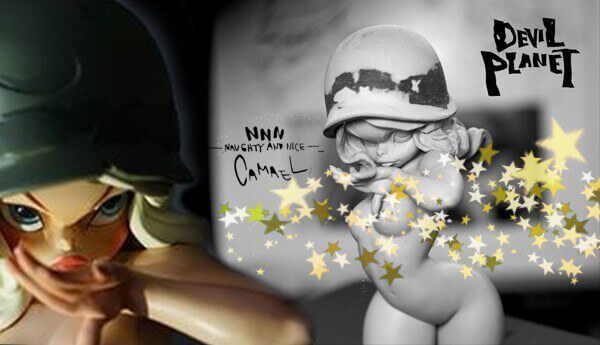 Back in January KangGoon and TJ’s art toy team Devil Planet took the designer toy scene with their Hulk inspired figure. In the matter of weeks, Febuary 2016 KangGoon and TJ Cha teased NNN (Naughty N Nice) character “Camael”  another creation from the duo! part pin-up style with a touch of Tankgirl, this saucy number had our hearts pumping for a release date. The WIP shots in the previous post looked great as it was, but today the Devil Planet team have released a number of photos and colour variations and they all look even more stunning. Lovin the paint work and colour palette chosen. Saying that we would take it as a DIY figure too. 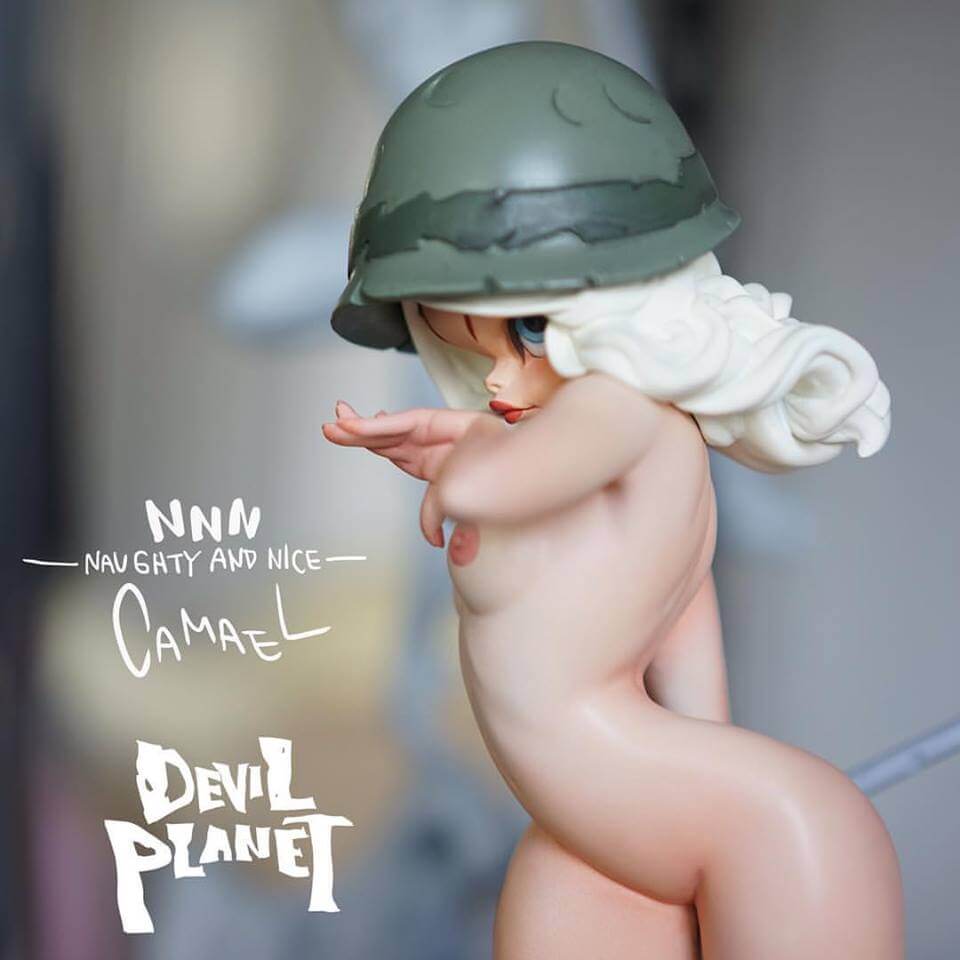 We are in love with the curvy figure and those lips that would make Pamela Anderson jealous! 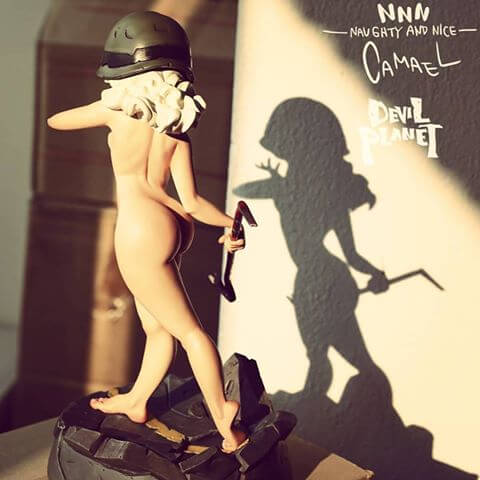 Camael(the army helmet)’s is due for pre-order next month around JUNE 15th 2016 and Lucifer(the one with the protective mask) pre order will be next inline due around October 2016 fingers crossed. 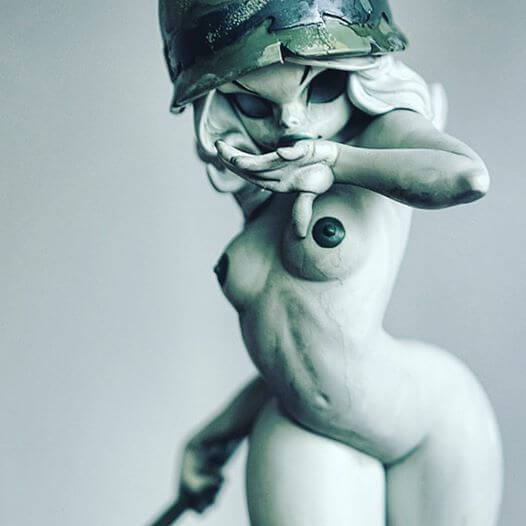 Devil Planet online Store should be ready in the next month or so and these along with HULK should get a release date. Till then, get some saving and stay tuned.