Let’s face it, ever since 2016 one of the most arguably the biggest buzz around the scene when the Korean duo Kang Minjung AKA Kang Goon & TJ Cha “Devil Planet” showed the world HERE their amazing Hulk inspired figure! We were and we’re sure they were inundated with emails and DM’s. 2 years have flown by and the HULK has always been on our minds and surely collectors who have seen HULK too. Over the years, no official word on a release and collectors like ourselves have been patiently waiting. Ok, that’s a lie we’ve been saying HULK SMASH every time we see an image of it. Different variants of the HULK have been shown and the last update was back in October 2016 about the project. UNTIL 2 days ago when TJ Cha uploaded a reminder photo on his Instagram! 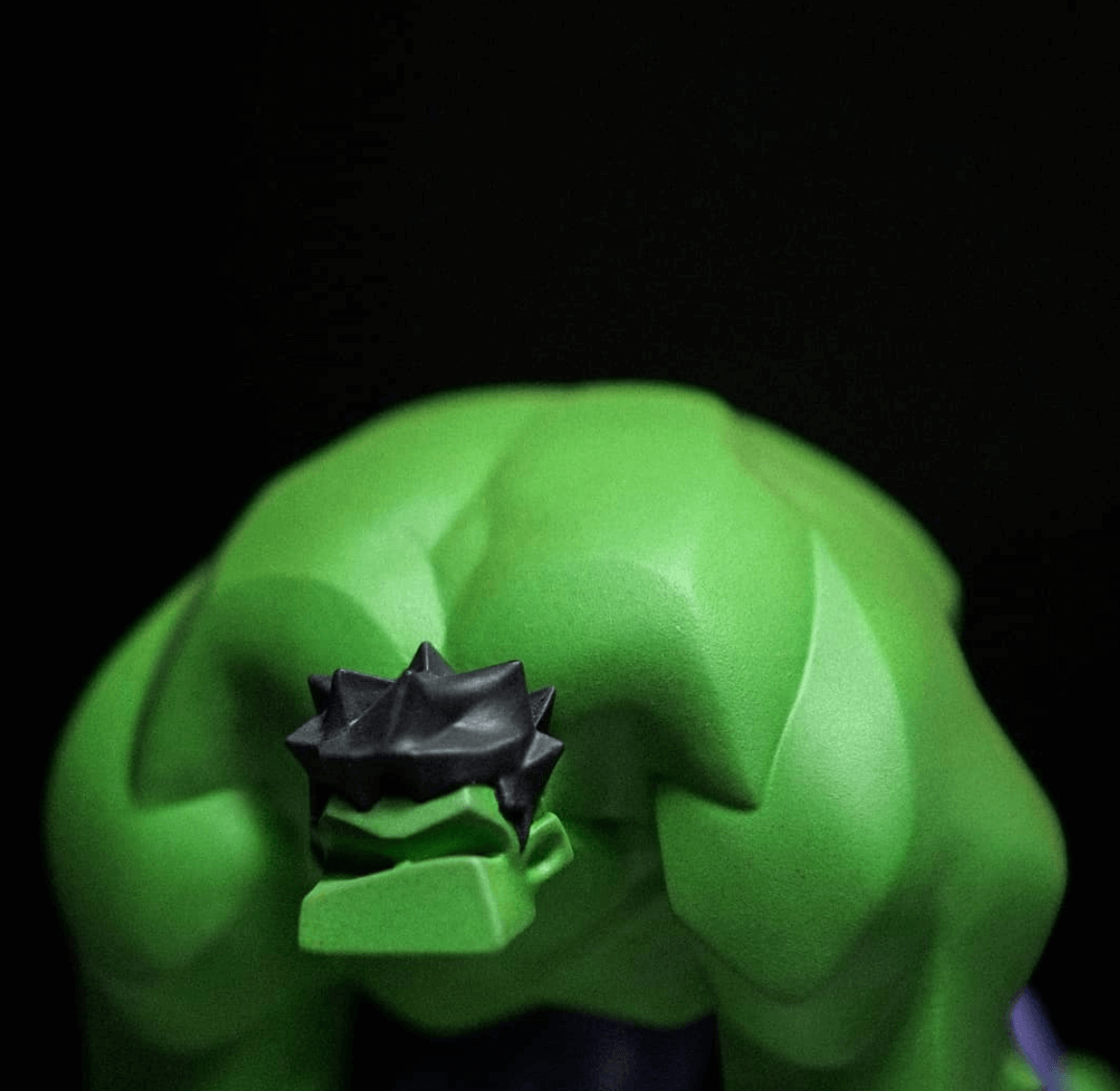 Devil Planet Hulk throughout the year is still one we don’t forget and always checking in to see if there’s any news on a production run. Today they re-uploaded new photos of the HULK, does this mean HULK will finally make a release that everyone’s been waiting for? We all thought Devil Planet would’ve released the HULK’s before releasing the now sold out and beautiful NNN (Naughty N Nice) character “Camael”  as Hulk was the first to be shown to the world. Like we said before, TJ Cha had Kang Goon sketches to work with, which was her interpretation of HULK drawings from Kang Goon and they are as impressive as the actual figure. Low poly cell shading type of shapes the posture is the winner for us. Got to give it to TJ Cha his sculpting work is fantastic getting all of Kang Goon design into 3D format. No wonder TJ Cha previously worked at the bigboys at Hottoys.

Did anyone notice the different hairstyles on the HULK? No word release date or if they will come in vinyl toy form. Keep your eyes peeled at The Toy Chronicle and we will update you as soon as possible.