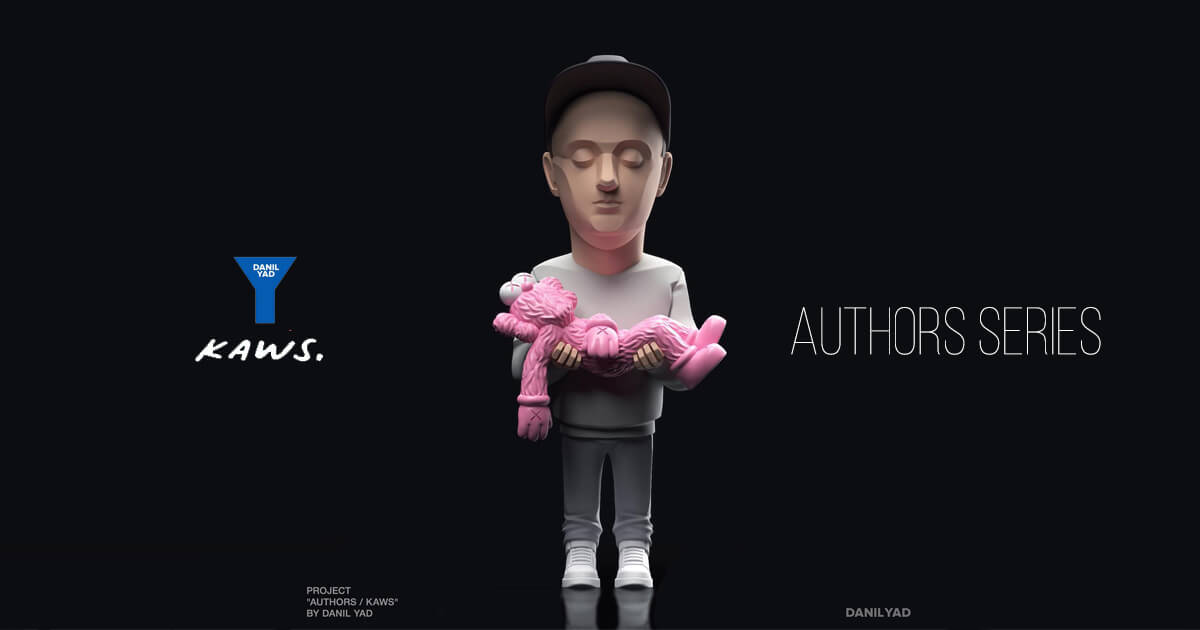 Oh lord….. We can hear the HYBEASTS and KAWS fans knocking on Danil YAD Yarmin door as he presents another Brian Donnelly- Authors Series tribute render! it’s only a few weeks ago when he showed the world the OG blue edition and over the weekend he’s been testing and TEASING us with the BBF Pink!

Did you check out his tribute to Joshua Vides? MAJOR HEAT just like the kicks Nike recently dropped.

Fast forward to the present day and Danil YAD Yarmin has made numerous renders and has collectors begging for a designer toy release as his portfolio has grown with the inclusion of Tinker Hatfield, TAKASHI MURAKAMI Takashipom, Virgil Abloh, Salehe Bembury, Daniel Arshmand, Rainn Dietrich and YouTube sensation ARTEMY LEBEDEV just to name a few!

And today Danil has rendered KAWS Brian Donnelly! we can picture collectors demanding a production vinyl/resin figure of Brian Donnelly for sure! will Mighty Jaxx take on KAWS? Who knows the future right? With JAXX already producing the Tinker Hatfield it would only make sense for another to hit the production from Danil Authors Series. Even if Mighty JAXX didn’t continue we are sure other producers would jump at the chance. Hopefully licenced and authorised. Stay tuned for further updates.