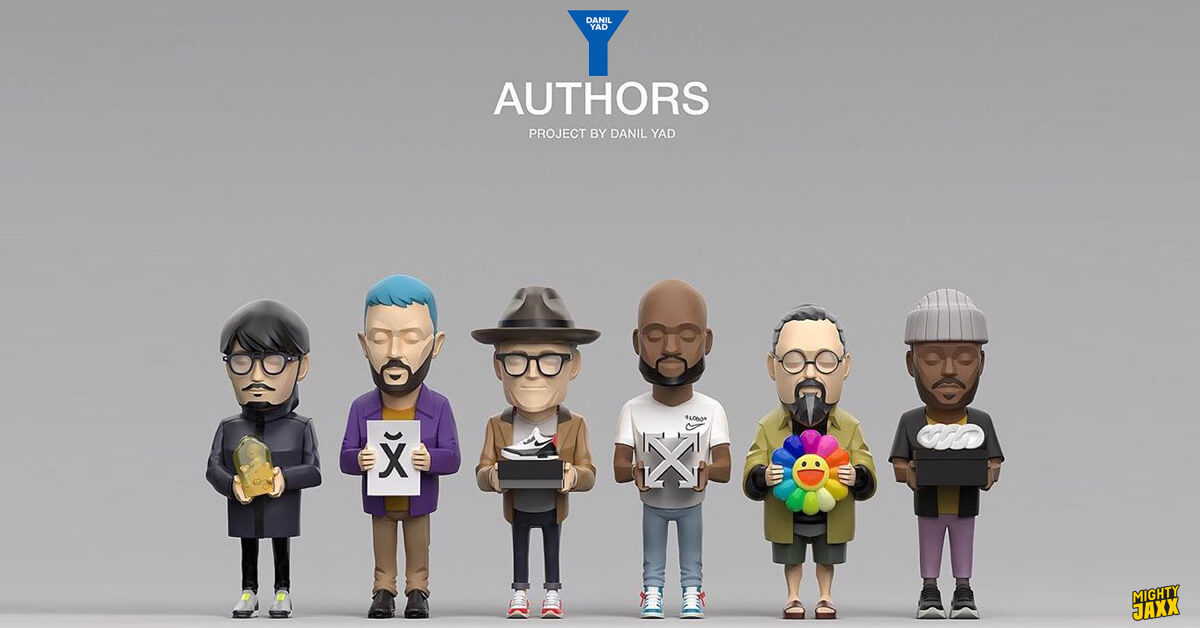 Around 4 months back artist Danil YAD Yarmin struck a chord with the designer toy scene as Danil showed off his skill with “Authors Series” A series of renders of homage to his heroes. HYPEBEASTS and gamers went wild as the first render showed Hideo Kojima of Kojima Productions. Russia based Danil YAD Yarmin couldn’t wait to flex his 3D skill as he has rendered the first figure from the series a nod to Death Stranding, the upcoming action game developed by Kojima Productions and published by Sony Interactive Entertainment for PlayStation 4. It is the first game from director Hideo Kojima and Kojima Productions after their disbandment from Konami in 2015. -wiki. “Authors” paying homage to
Hideo Kojima and Death Stranding. Nice clean lines and Loving the style and all the tie-ins. We are sure Danil has a host of fans wanting this Hideo Kojima from the authors series. Fast forward to the present day and Danil YAD Yarmin has made numerous renders and has collectors begging for a designer toy release as his portfolio has grown with the inclusion of Tinker Hatfield, TAKASHI MURAKAMI Takashipom, Virgil Abloh, Salehe Bembury, Daniel Arshmand, Rainn Dietrich and YouTube sensation ARTEMY LEBEDEV just to name a few!

Danil YAD Yarmin. I live in Russia in the city of Krasnodar. All my life I liked to sculpt and create something. In 2012 I learned about Vinyl toys and tried to make my own blank figure. I was not satisfied with the result but decided to go further. In 2015, I began studying 3D programs and CG. These skills led me to make the concept of the first figure from the series “Authors”.

It looks like wishes have been granted as Mighty Jaxx has taken on Danil YAD Yarmin renders and transferring them into a production vinyl designer toy! The biggest hint was today when Mighty Jaxx teased the first vinyl Tinker Hetfield to be produced! Hold on to your hats as more info is coming thick n fast and expect a pre-order soon. We hope Mighty Jaxx and Danil has the authorisation to produce these and not land them in hot water with these artists and brands. Fingers crossed that Jaxx can deliver as Danil YAD renders are so good. *please note, only Tinker Hatfield edition has been confirmed.

More designer toy goodness at www.mightjaxx.rocks use code: ilovettc for 5% from your order!

(please note, do not contact us for updates on past pre-orders you can find Mighty Jaxx pre-order schedule HERE)