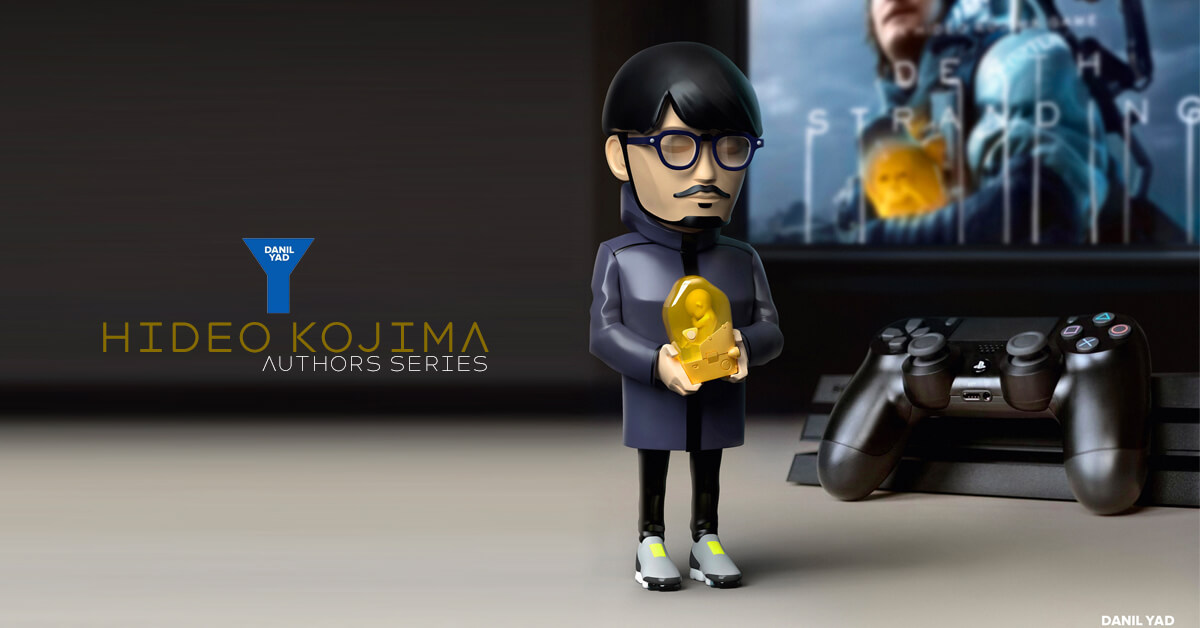 Hideo Kojima is a game designer who promotes the gaming industry not only in technical but also in cultural aspects. I made the concept of the first figure in the “AUTHORS” series. A series of vinyl toys dedicated to artists, designers, writers, scientists and more.

Danil YAD Yarmin. I live in Russia in the city of Krasnodar. All my life I liked to sculpt and create something. In 2012 I learned about Vinyl toys and tried to make my own blank figure. I was not satisfied with the result but decided to go further. In 2015, I began studying 3D programs and CG. These skills led me to make the concept of the first figure from the series “Authors”.

For now its a 3D render and fingers crossed the prototype will be in the works in the next few months. Stay tuned for further developments.