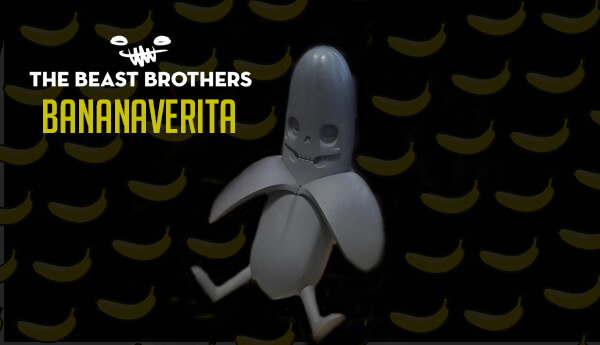 One duo we’ve missed dearly are The Beast Brothers. It seems a long long time since we’ve seen The Beast Brothers release a designer toy, or are we wrong? Anyway it seems like the waits coming to an end! Not seeing much of The Beast Brothers doesn’t necessary mean their not up to anything as demonstrated at Designer Con where they showed off the prototype of their new designer toy Bananaverita! F-ing TOP banana and we can’t wait to see it all finished up. Worth the wait? Damn right it has.

Our buddies Trampt uploaded a photo of The Beast Brothers Bananaverita and even though it’s in prototype stages it freaking looks good. 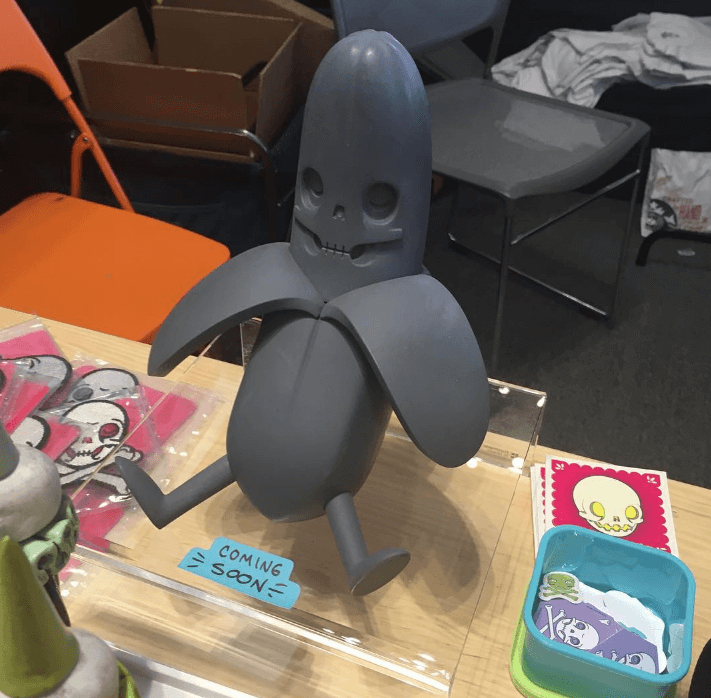 Plush version was released at Dcon, might give you an example of the colour way Bananaverita will be. 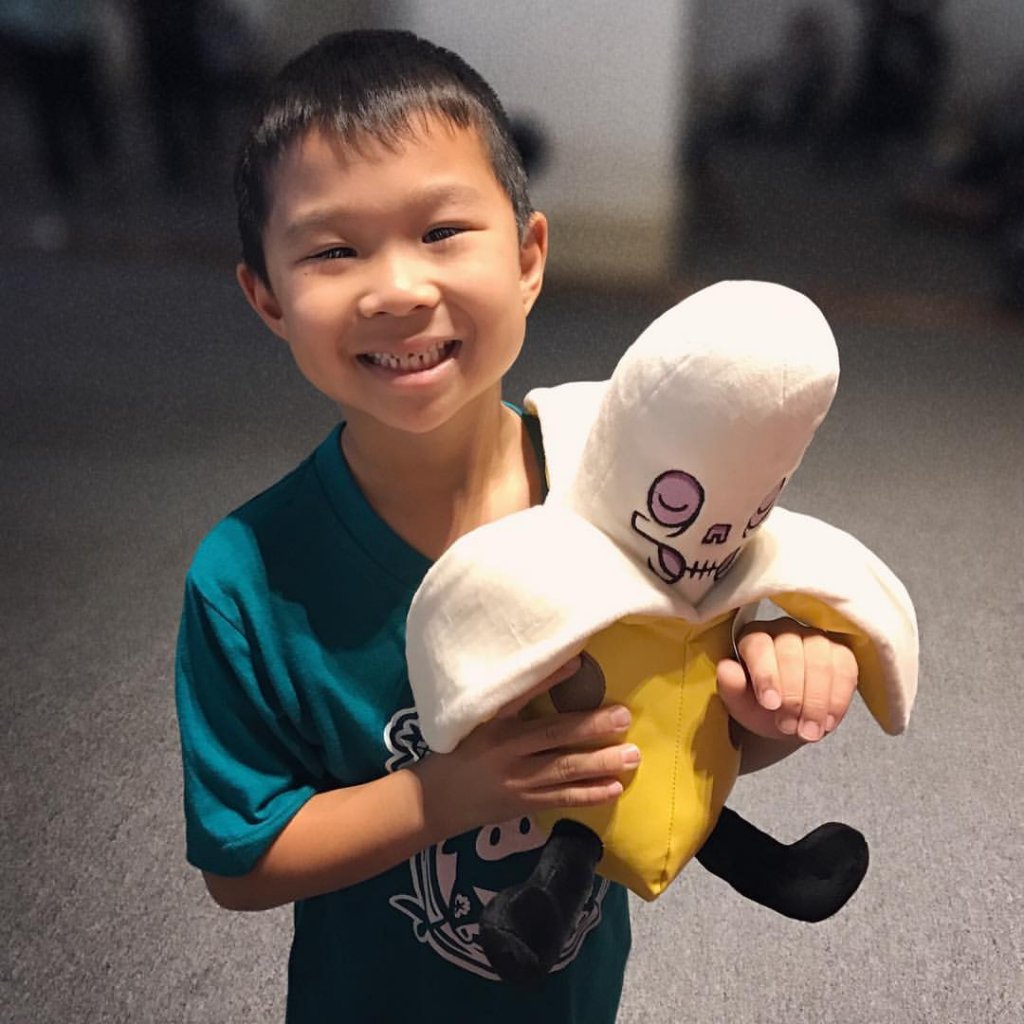 For now you can grab a few cool pins etc at http://thebeastbrothers.storenvy.com/ that should hold down your Beast Brothers  craving. Stay tuned for further info. 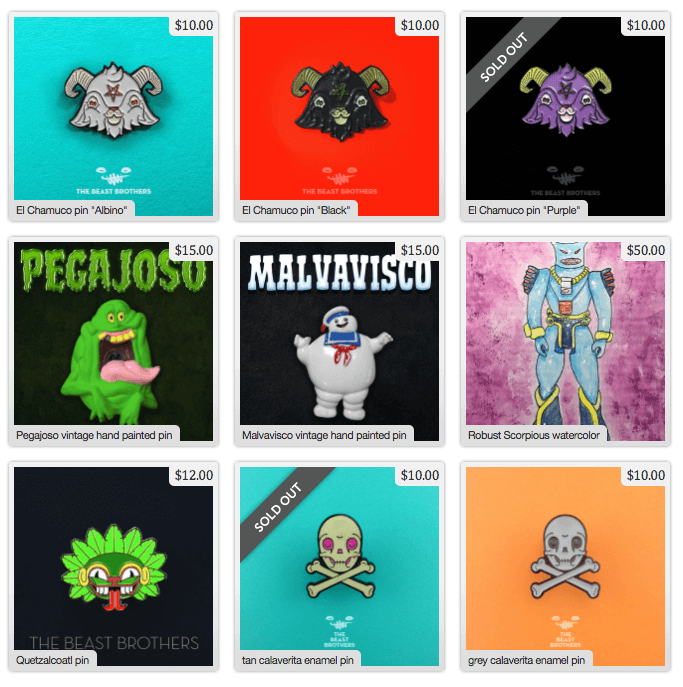