Guess who should be landing any time now in Dubai! Jon Paul Kaiser and J*RYU are on route to “The Middle East Film and Comic Con 2017 ” or the cool kids say “MEFCC 2017” Europe and USA will meet fans and collectors as well as educated the scene in the Middle East and what a fantastic convention to do this.

JPK will be giving a customising workshop alongside J*RYU as well as Press talks, interviews, sketching and my own booth #IA08 right next to J*RYU booth #IA08-09 and his partner in crime VampyBitMe. 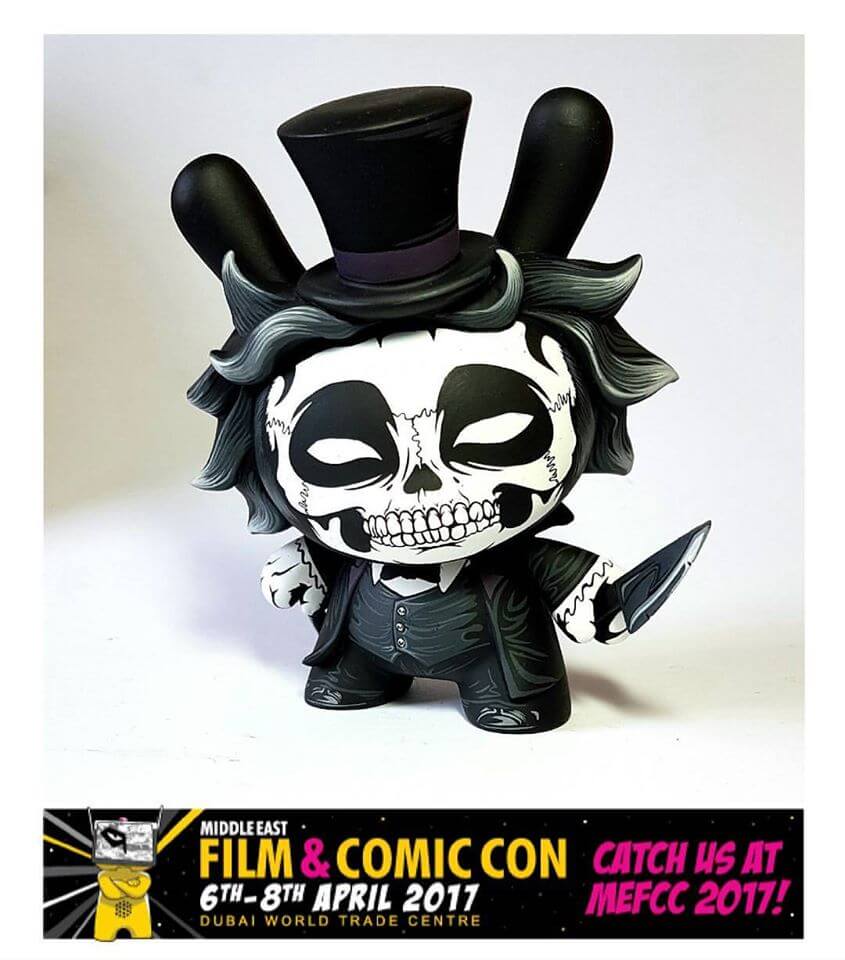 J*RYU will have work along with a huge amount of products on behalf of Kidrobot, Myplasticheart, Rotofugi and Tenacioustoys so that MEFCC attendees can get their first chance to explore the world of designer toys and collectables. Booth IA08-09 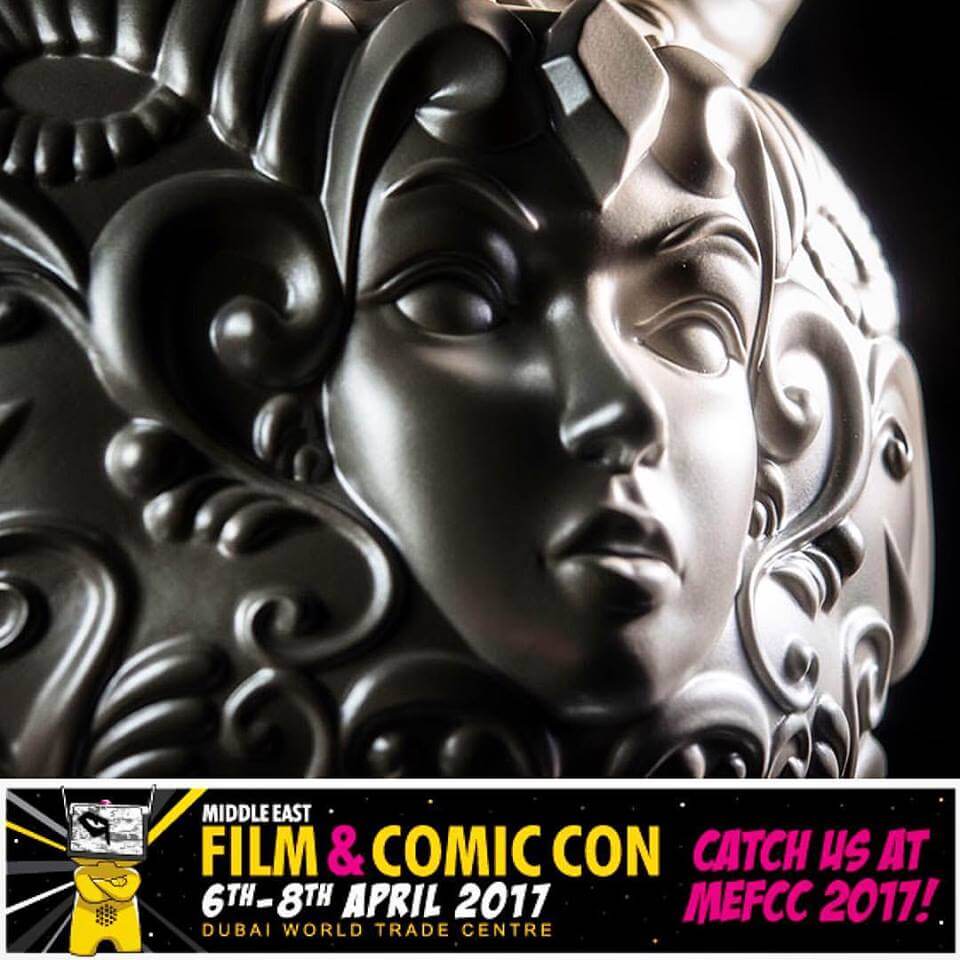 As well as some examples of my painting and customs, there will be a selection of designer toys and collectables to present where the scene currently is in terms of vendors, artists and producers from across our industry. 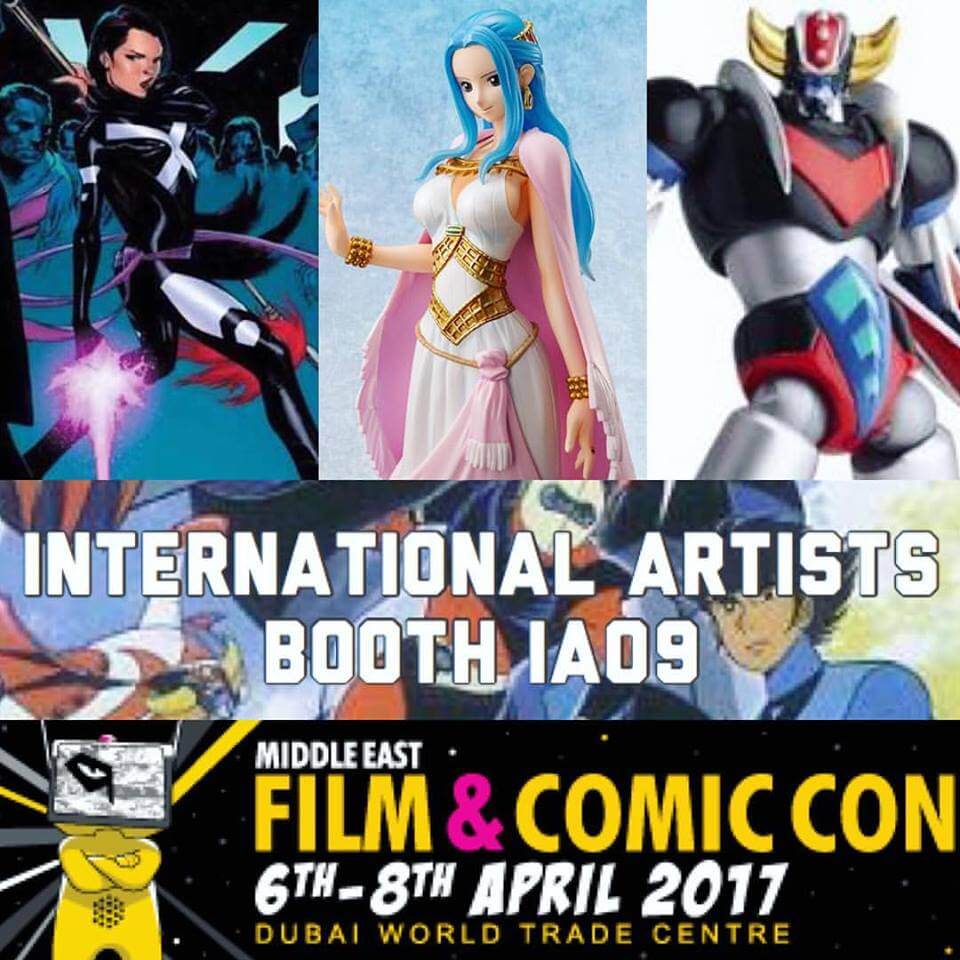 The Middle East Film and Comic Con (MEFCC), the first and largest popular culture festival in the region is returning for its sixth edition on the 6th to 8th April 2017, promising an even bigger spectacle than its highly successful 2016 event at the Dubai World Trade Centre that attracted over 60,000 fans.
Targeting more than 70,000 visitors from across the Middle East and beyond in 2017, MEFCC is now one of the most talked about events in the region and is a showcase of both regional and international entertainment and popular culture including some of the world’s biggest brands in Film, TV, Sci-Fi, Animation, Manga, Comics, Collectibles and more.
Maintaining its objectives of building a platform for regional talent, encouraging entrepreneurship and connecting fans with creators and companies while bridging the gap between cultures and promoting the region to the wider world, the event and its supporting projects has become a landmark in the regional events calendar.

(all info and media lifted from mefcc )