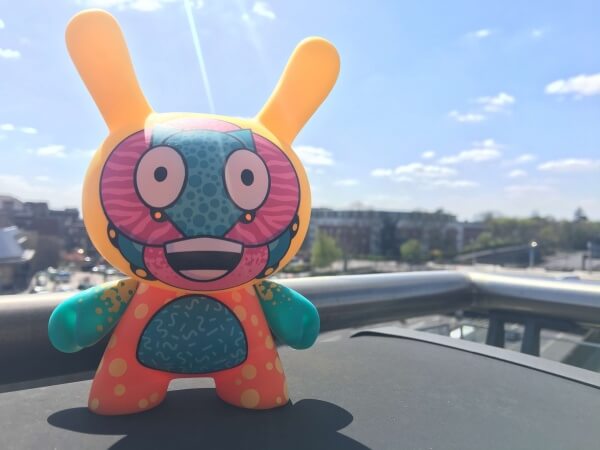 Fresh from the KR production lines, The Toy Chronicle are proud to get our hands on the first FIVE INCH Kidrobot Dunny! The honour & privilege of this inaugural Dunny release goes to Australian artist – Sekure D! We have been talking about this Sekure D release for several months now, and eagerly anticipating this new chapter for Kidrobot. The Toy Chronicle are huge fans of the three & eight inch Dunny, obviously, so when KR announced that there will be adding a new five inch series to their Designer Toy range we were kinda pumped & excited to see what would come out of this! So without further ado, lets take a look at the Codename Unknown Kidrobot Dunny by Sekure D… 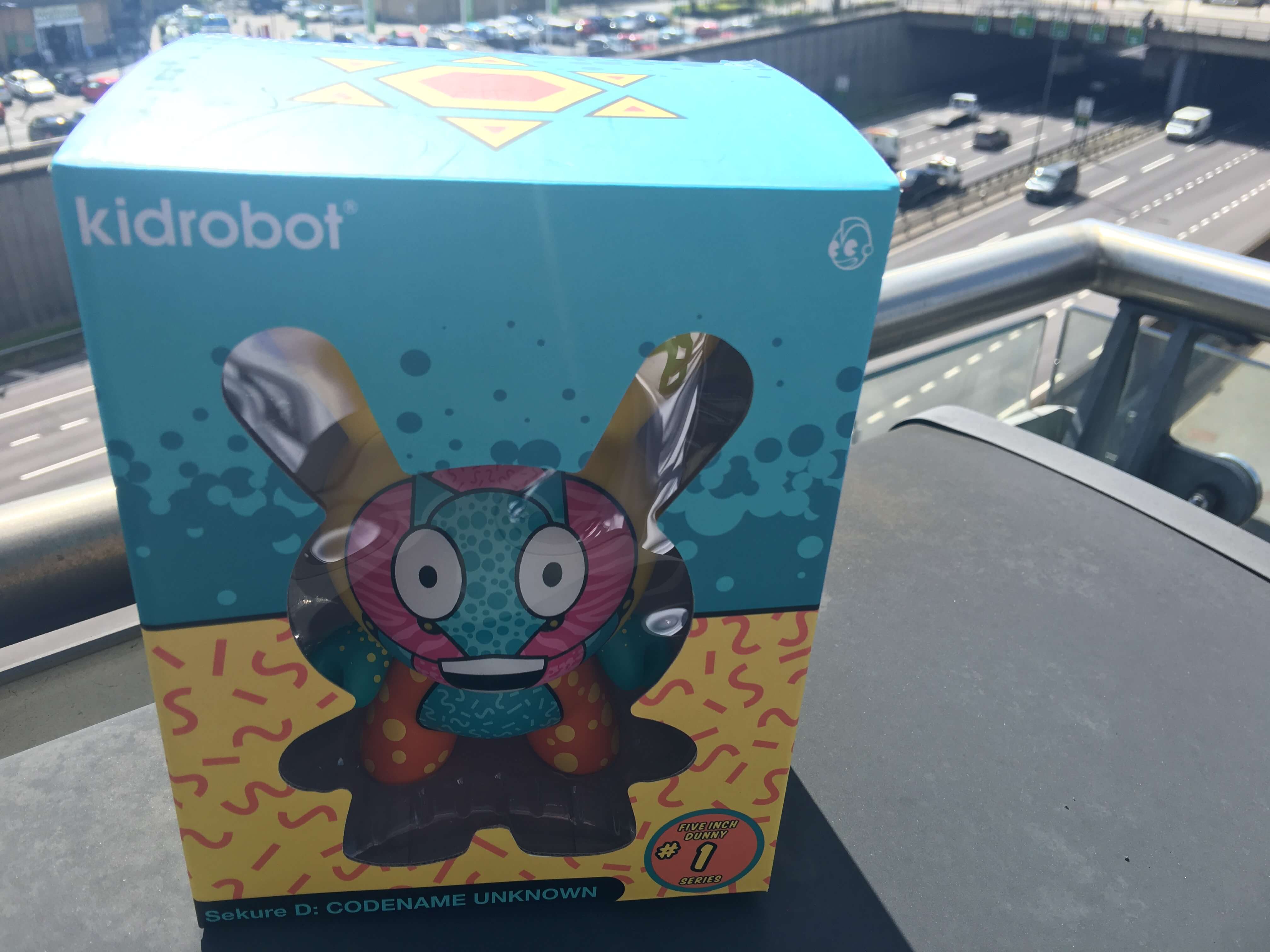 First the packaging. We are loving the bright, colourful box that Codename Unknown is presented in – it resembles the art of Sekure D – which you would hope to see, right? The window at the front is a great feature, to give future customers a glimpse in to what they’re buying. We don’t recall another Dunny release with the open window to the box – a welcome addition. Clearly on the front of the box is the Five Inch Dunny #1 Series. Codename Unknown is going to proudly stand as the #1 in this Dunny 5″ series, rightly so too. We know of one other popular artist that will be part of this new Dunny 5″ series – Dolly Oblong – and it’ll be great to see who else Kidrobot have lined up.

First thing we do as we take Codename Unknown out of the packaging is give it a good sniff. Obviously. We love the smell of fresh vinyl, and Codename Unknown does NOT disappoint in this department. Yeah, we’re weirdos like that – who isn’t though?! Once our senses are back to a normal level, we check Codename Unknown on the QC (quality check). Again we are not disappointed. The lines are crisp.  The print application is good. Sekure D has done a great job with the design, and KR have captured his design most excellently.

We caught up with Sekure D this morning, and he had some words for us which we’d like to share with you…

[quote cite=”Sekure D”]It’s really exciting being the first artist on the new 5” Dunny. If people have followed my work for a while they will know that this is something I have really been building towards and to finally have Kidrobot bring one of my designs to life is awesome. I am proud Kidrobot believed in what I do enough to have me kick off the new platform.[/quote]

Overall we are really happy with the first 5inch Dunny release from Kidrobot. Codename Unknown is going to sit honourable in many collections around the world – including ours. The Codename Unknown release date hasn’t been finalised as of posting this but it will drop next month (May 2016). Priced at $30/£21. Once we hear final dates, we’ll let you know.

Let us know what you think of this new Codename Unknown Dunny in the comments below! We’d love to hear your thoughts.