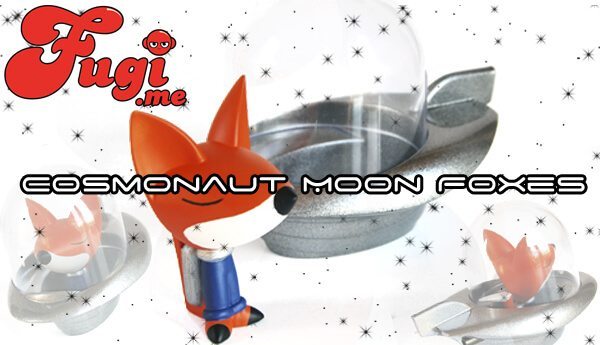 Moon Foxes, originally created by Robotic Industries for ReImagining Moon Fox show, are back in a smaller version. A Fugi.me release. 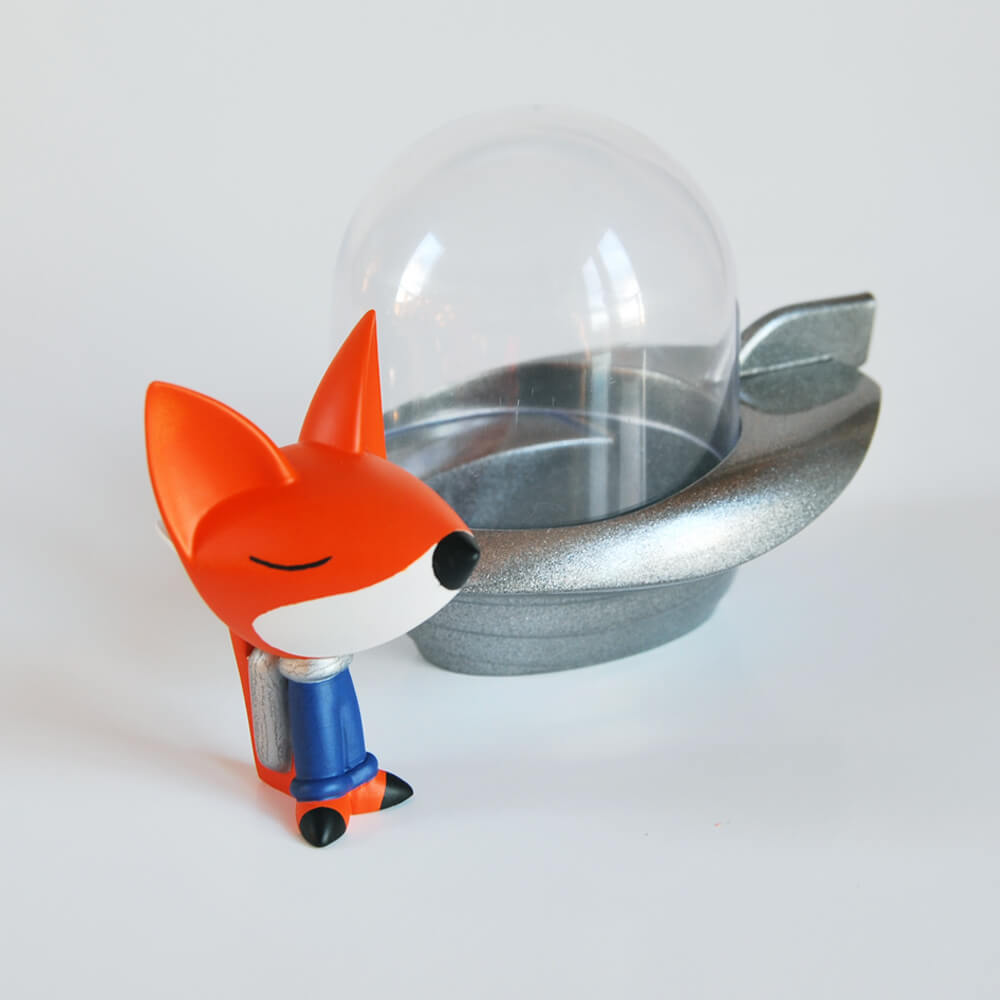 The story of two Moon Fox brothers who patrol near and far side of the Moon. Robotic Industries patrolled the near side and Sergey Safonov patrolled the far side.

Moon Fox in this release is a little smaller than the original one and Robotic Industries did the all new amazing space ship inspired by Retro and Atomic Age era design.

Cosmonaut Moon Foxes are limited to 30 pieces, they come complete with moon base stand, all nicely packed in a presentation box. 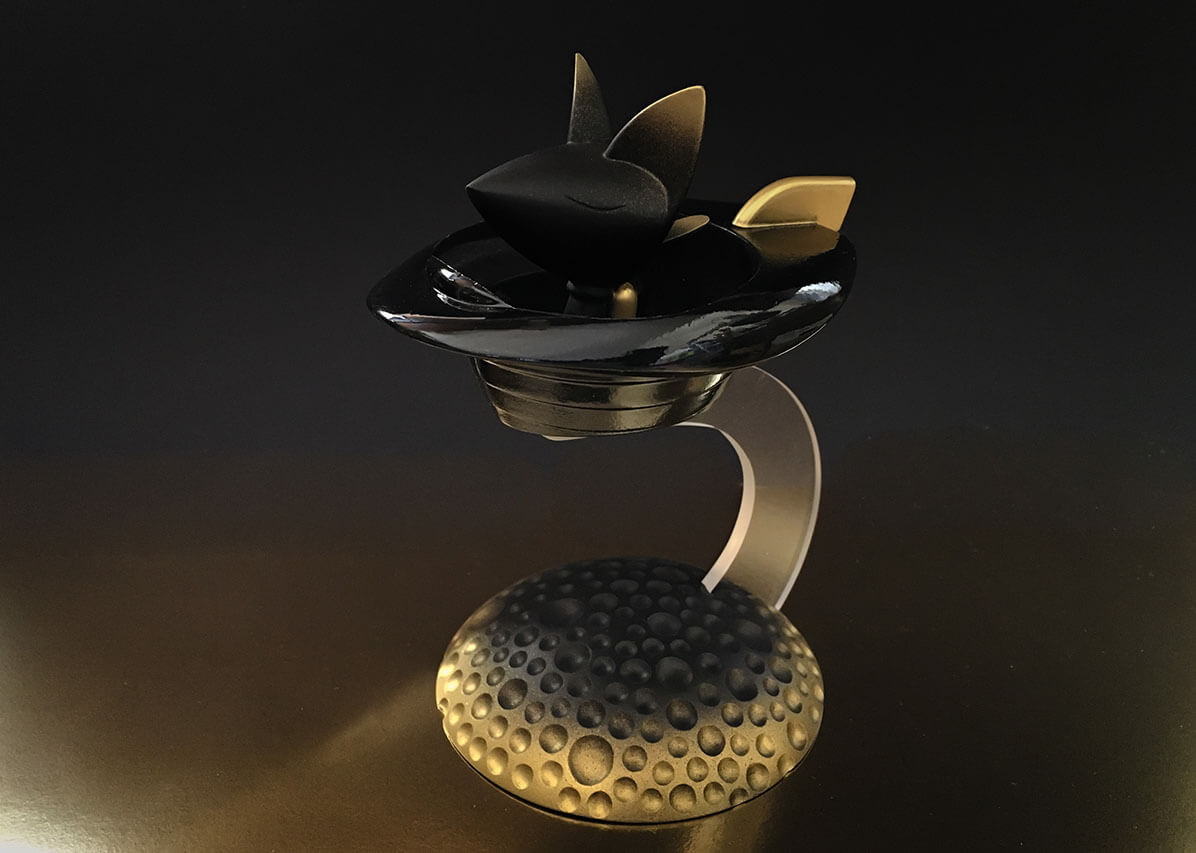 Priced at £60 each, get your little space companion at www.fugi.me.