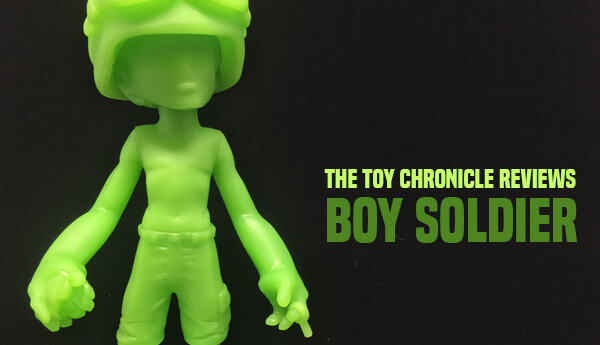 Many, many moons ago, way back when The Toy Chronicle were in its infancy, we brought you news of a London-based artist, Schoony releasing a resin sculpture of his Boy Soldier (you can read about it HERE). Fast forward almost three years, during the summer we revealed that Schoony will be releasing a vinyl figure of his Boy Soldier to the world. Today The Toy Chronicle received the figure on our doorstep. Back in July, we were super stoked to see that Boy Soldier was becoming a vinyl reality, today our eyes popped out of our head! Boy Soldier is going to be a HIT! 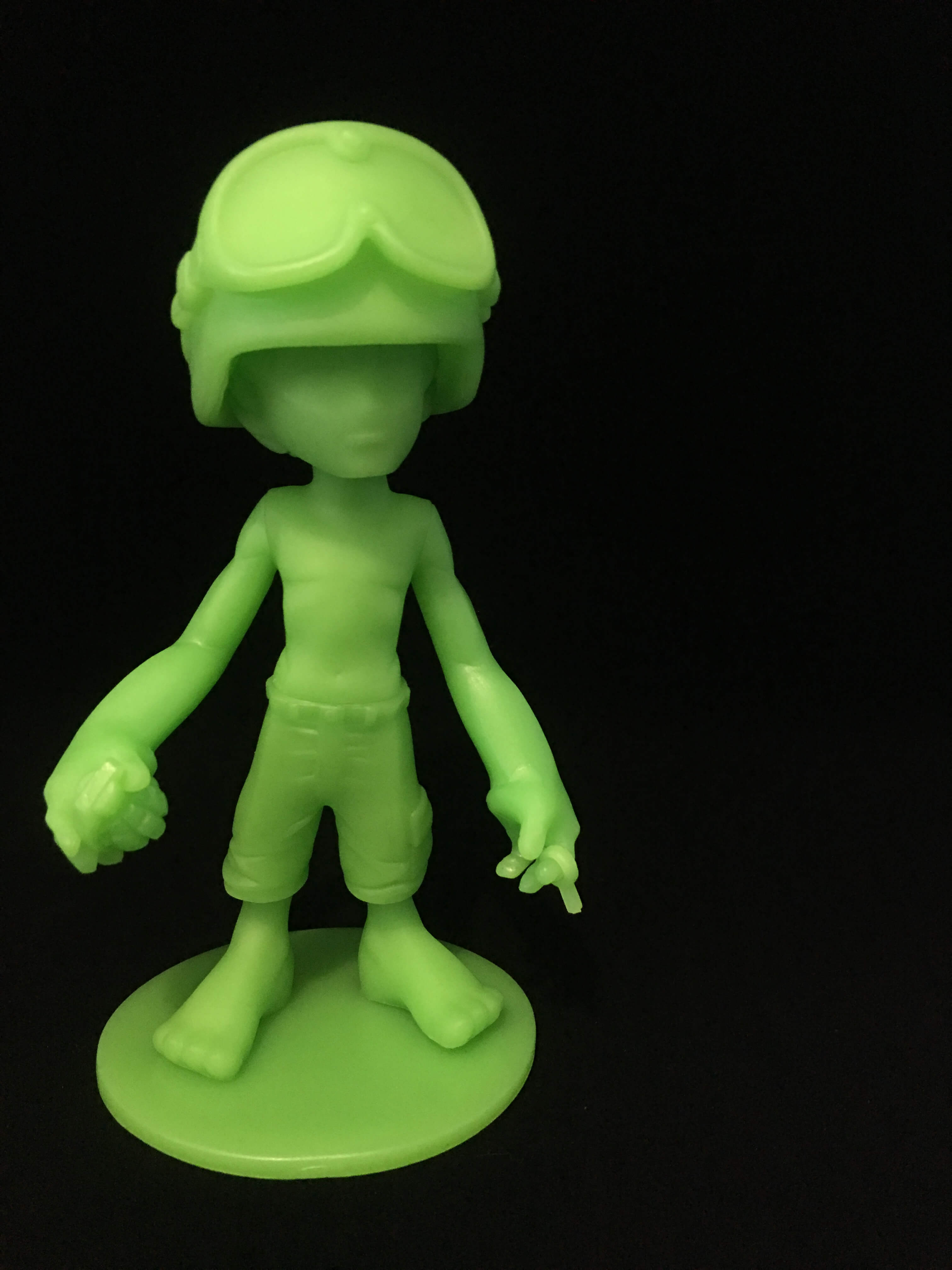 We know just from the feel of the presentation box, Boy Soldier arrives in, that Schoony has obviously spent a lot of time & effort getting this release just right. It’s only a simple box, with an open front window, but it feels well designed & structured. Boy Solider itself is a fine, sculpted figure. Really simple features. Did we also mention that Boy Soldier is GLOW IN THE DARK?! 6inches of GID goodness for your collection. Boy Soldier has three articulated pieces, the head and both arms move freely with a removable base too. Whilst Boy Soldier is a beautifully crafted designer figure, the sculpted tiny hand grenade gives this release a wider meaning, harking back to the original release of Boy Soldier which was used as a anti-war protest outside parliament. 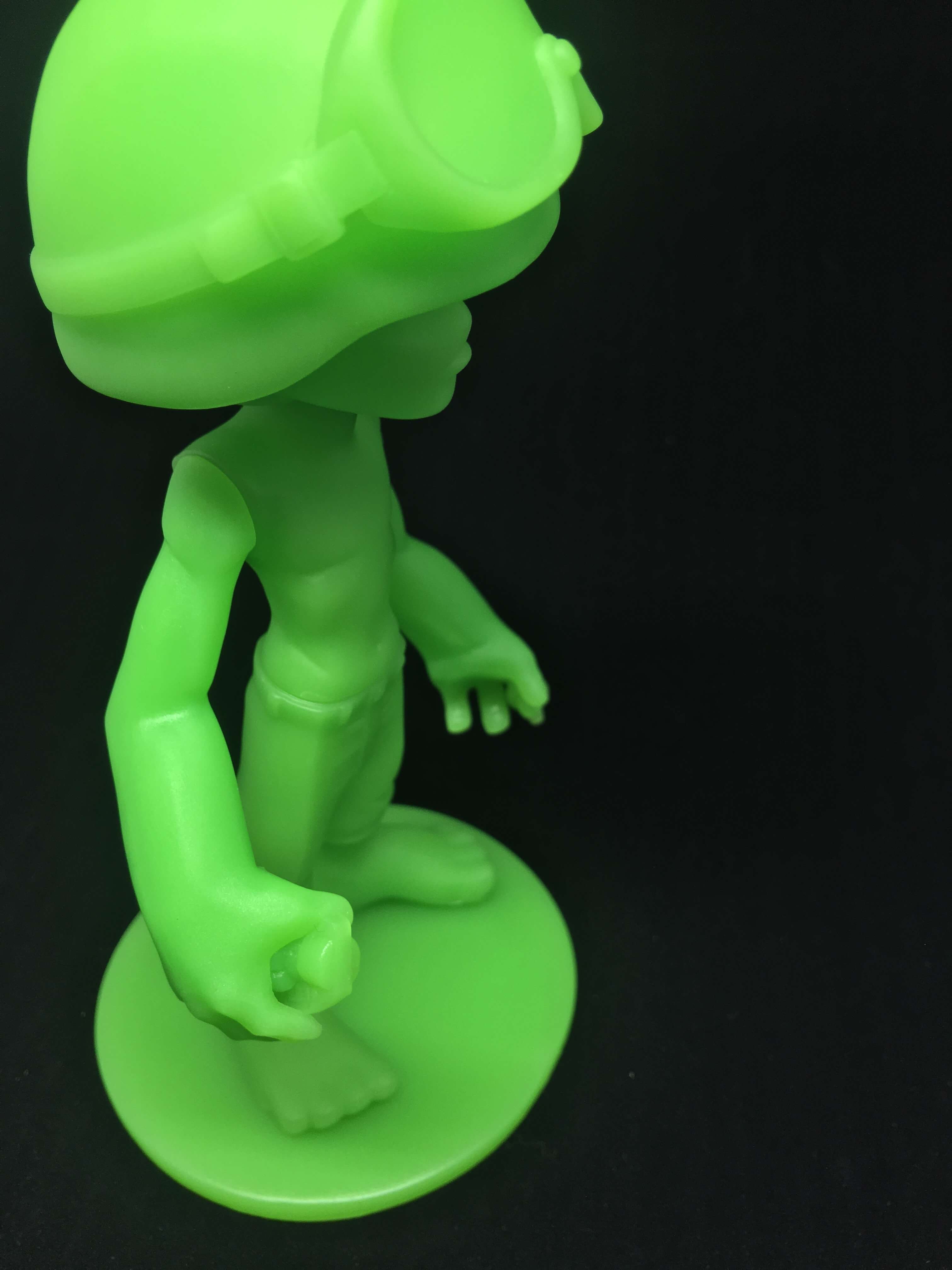 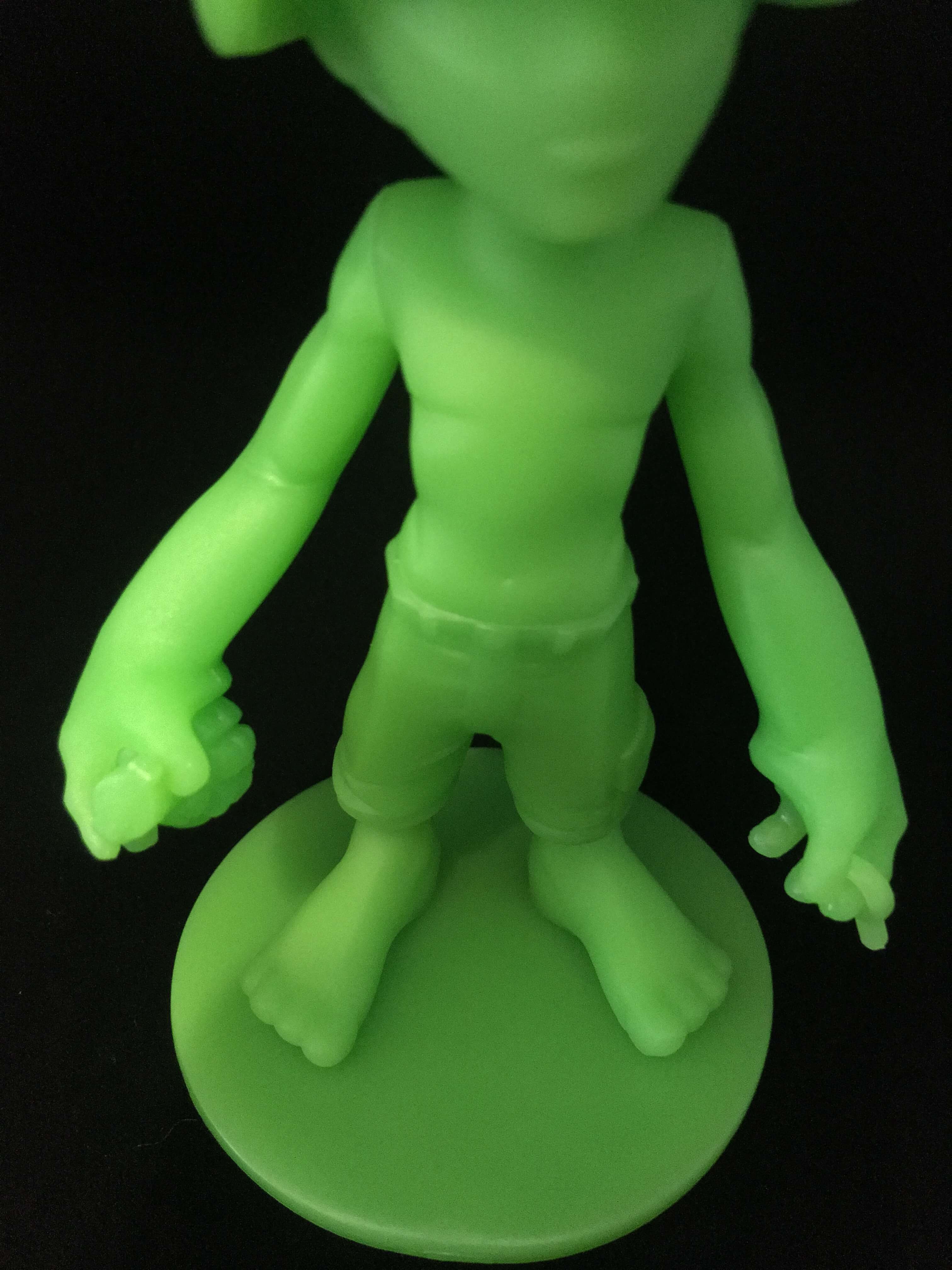 We don’t have exact details of when Boy Soldier will be available for general release, hopefully in the not too distant future. Once we have these details from Schoony will make them known to you.

We’ve obviously not even announced the winners of the 2016 Designer Toy Awards, but we are already thinking of the 2017 edition. Boy Soldier will definitely be up there with the best of them in May 2017 at the Five Points Festival hosted by Clutter Magazine.