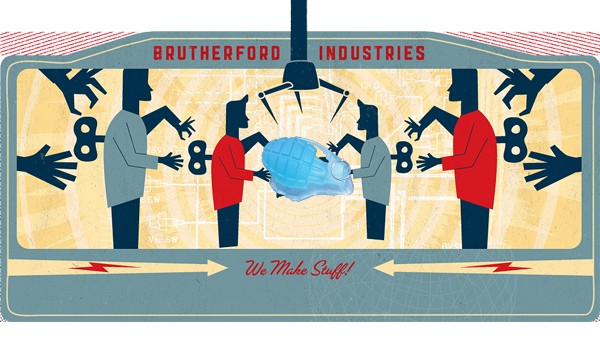 Ryan (The Award winning designer ) has been crazy busy ever since investing in his beloved factory and finally has a little time to produce another toy. He teased us 30 weeks ago via Instgram with this  shot of three prototypes. Two of the designs I liked straight away, first the spray can and then the grenade.

In the comments he writes “The things I just can’t seem to find time for 🙁 Anyone want to license them? I’ve got cad files and prototypes”

I was gutted and hope someone picked up the designs. But after 6 months he reappeared with a finished prototype of NYCC limited edition The Clutter BOOM! 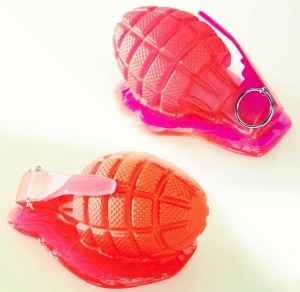 He knew I have been waiting for a long time for him to come out of hyphenation. So he asked me to email him. I did just that and what do I get a Meth blue “Heisenborg Edition” BOOM!  Breaking Bad style!  Thank you Ryan

The quality is good and pretty heavy, it does have a couple of very tiny air bubbles but that’s just nick picking. The ring pull looks like its good quality too.

From where its solid, to a translucent fade its very nicely blended in and polished up to give it that shine at as its melting.

I showed a couple of people the prototype and they said that ” its just a grenade with a little bit cut off  ”   I guess it’s true but I just love the idea and design just something I would like to display.

Now I wait for him to release the spray can and the skull! nudge nudge Ryan!

Once again he makes a comment on the contemporary world and a need to “Melt” the violence… or something.

The melt grenade is true scale to a real grenade.
The surfaces of this piece has been modified with different finishes, some matte and some gloss. This treatment gives the illusion of multiple colours, materials and opacities when in fact the piece is a single piece of solid cast polyurethane with a chrome pin and ring.

$50.00
Manufactured by Brutherford in NJ, USA including hand silk screened boxes with artwork from the amazing Tamara Petrosino.