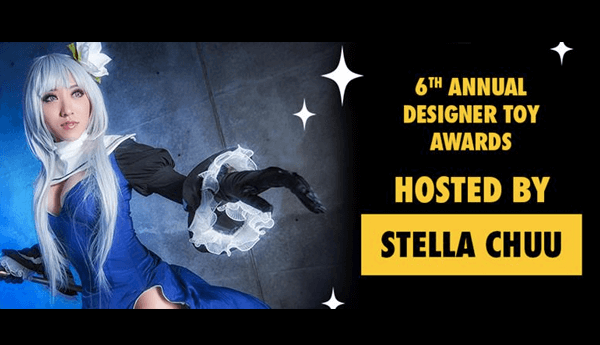 The guys over at The Designer Toy Awards have just announced the 2016 DTA Host. If you’re into your cosplaying, you’ll recognise the name Stella Chuu. Stella Chuu will take on hosting duties on Saturday evening at the DTA 2016 Ceremony in NYC. Being an award-winning cosplayer and advocate for nerd culture and self-confidence, Stella is a match made in geek heaven for the Designer Toy Awards! Join The Toy Chronicle as we plan to Facebook LIVE stream the Designer Toy Awards to a certain extent until we fall over drunk. The DTA Ceremony starts at 8pm ET. Don’t forget to check us out on our Facebook Page HERE.