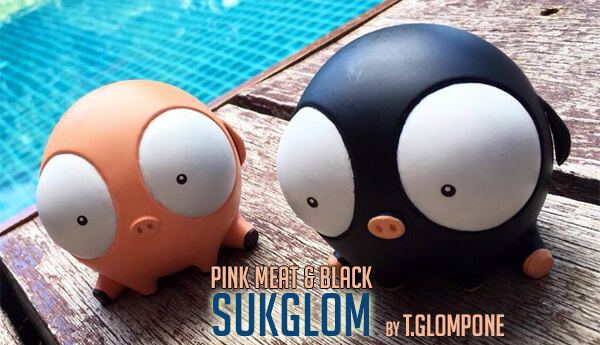 A winning formular has to be cuteness and bacon. No quite bacon but Thai artist T. Glompone has it spot on with his SUKGLOM Pigs. We’ve been keeping an eye out for a couple of years and he’s finally released some resin art toys of his uber cute SUKGLOM pigs. Those big eyes and squatting pose is too infectious. Over the years we’ve seen his SUKGLOM character in various cosplay outfits and SUKGLOM made his debut at the Thailand “THAI CHARACTER AS I LIKE IT # 5 EXHIBITION” a couple of weeks ago we’ve been waiting for a general release. Today is your chance to own the first run. 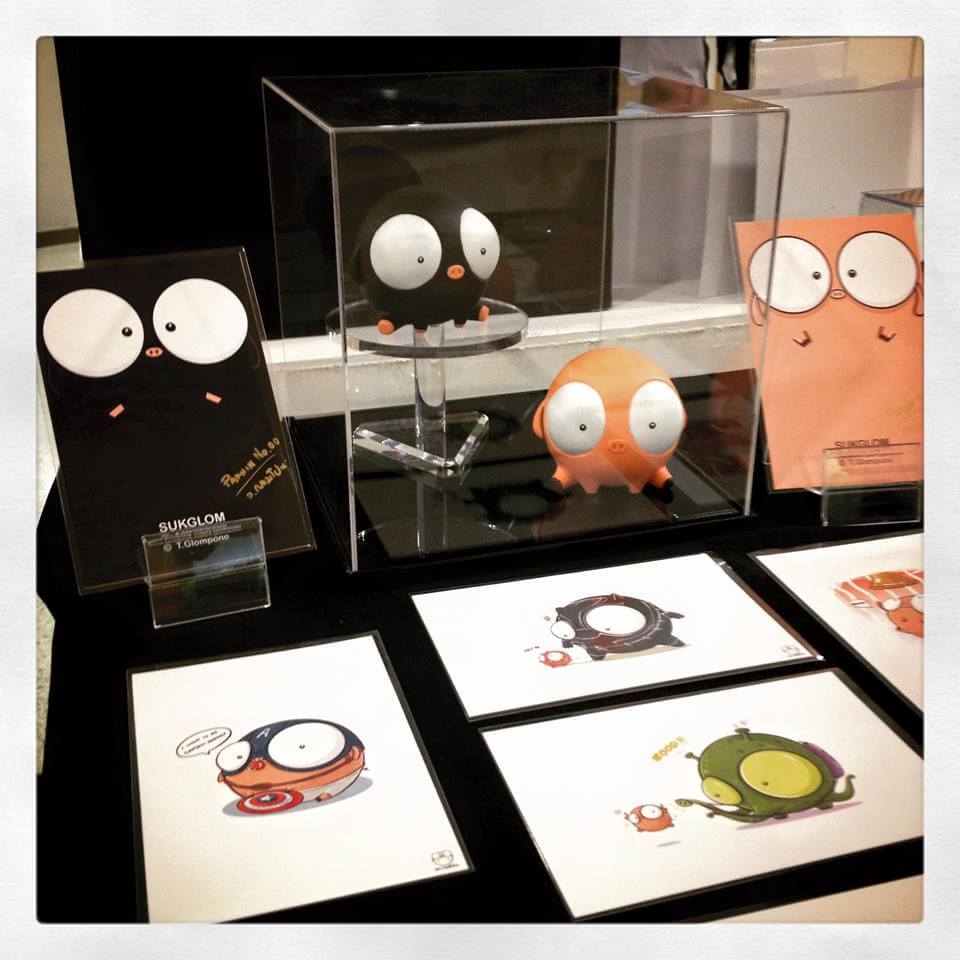 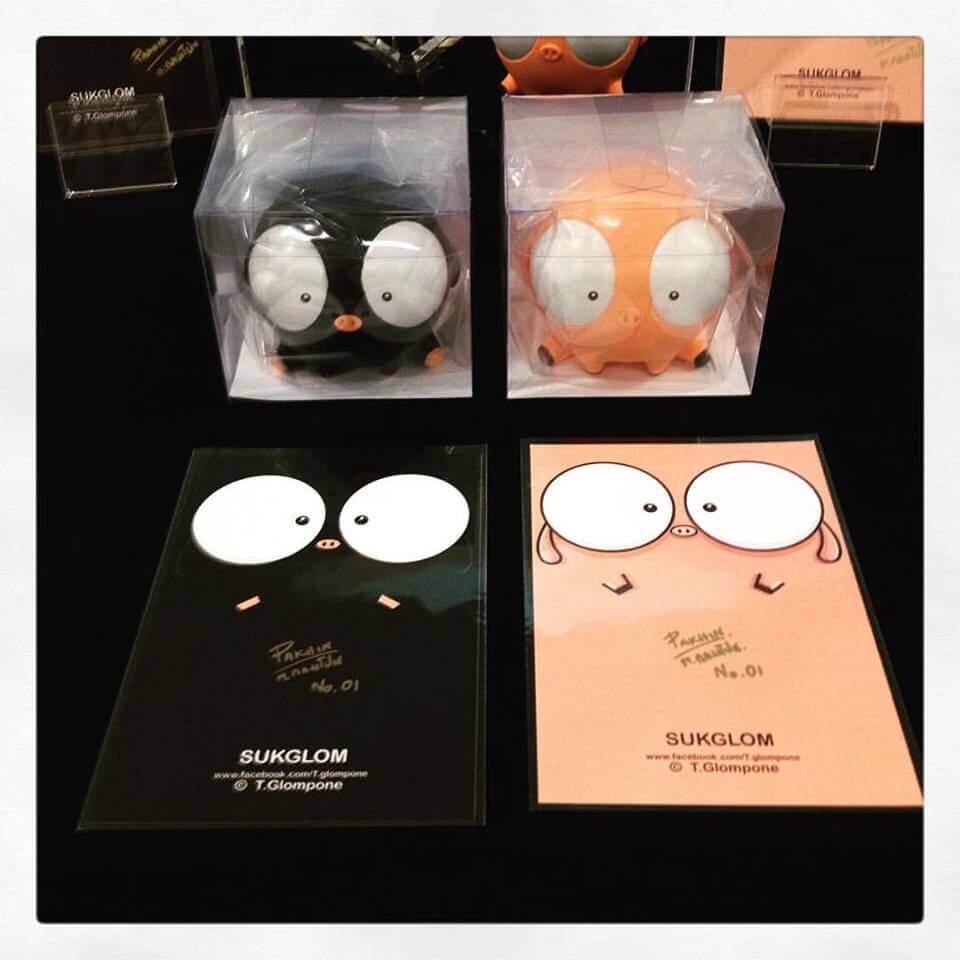 ONLY HAVE 9 pairs remaining as of posting
(Pink Meat + Black Limited production all just 30 pair)
Price: 2300 THB -. $85USD (not include PayPal fee and shipping)
Down Payment deposit for Pre-order 500 baht -. Deposit is $25 USD.
(transfer deposit within 3 days after the pre-order)
Shipping beginning of September.
Interested contact us via Facebook  inbox. 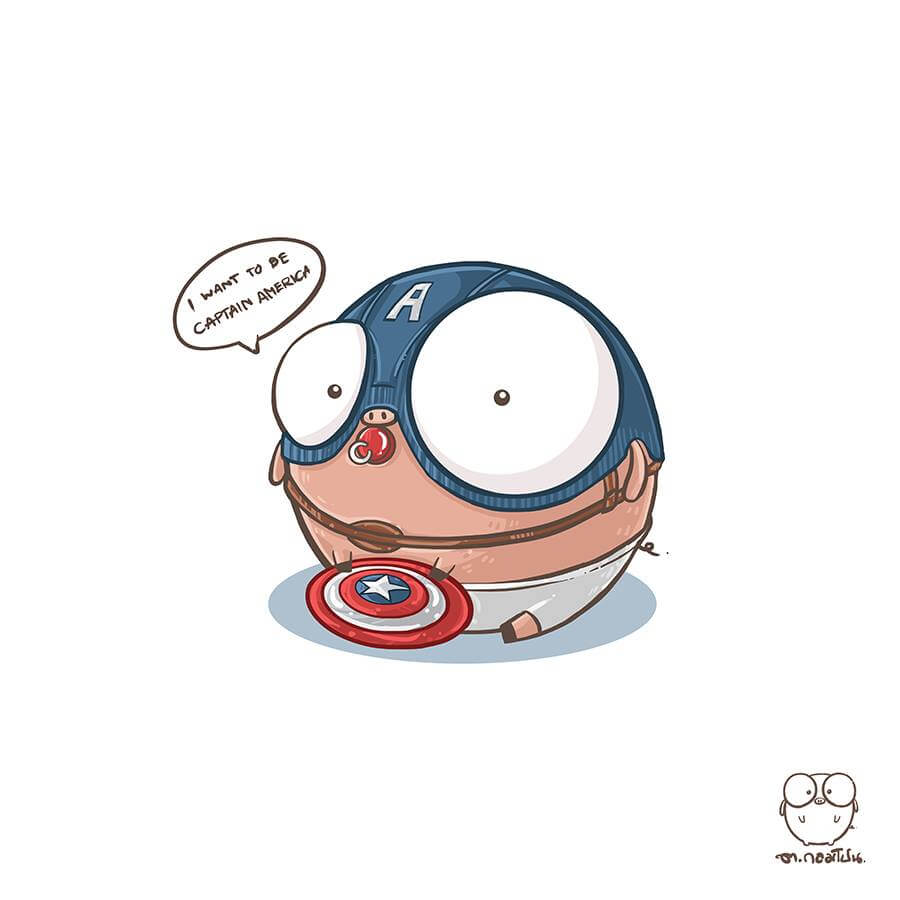 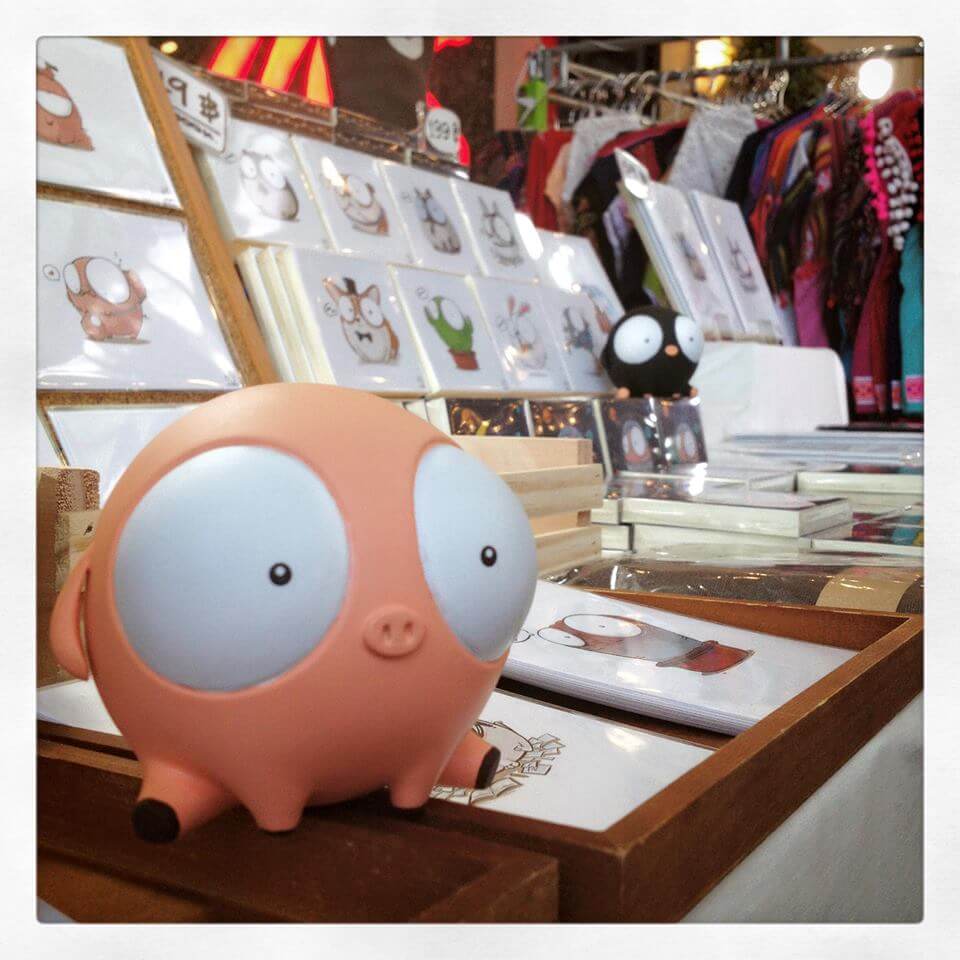