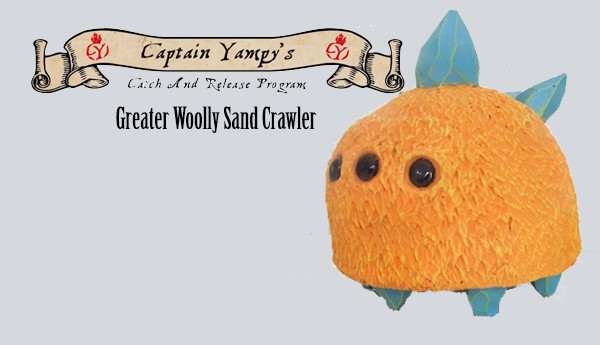 Sunning himself on the North Coast of Coats, Captain Yampy was bitten on the winkle by this Greater Woolly Sand Crawler.

The Salty Sea Dog chased this strange beast for seven days and two nights (Yampy does not like to chase in the evenings), eventually capturing the critter.

After poking it three times, once in each of it’s glossy black eyes (you could lose yourself in those dreamy peepers), the little tadger snapper revealed the following information: Background:
Covered from horn to crawler in a thick orange/yellow tropical sunset fur, Geoff is a military mammal. Survivor of numerous conflicts including The Battle of Biting, Worm War II and The Attack of The Vegetable Astronauts.

Geoff has several medals of honour, which he keeps in a decorative chest made of dried seaweed and Donkle droppings.

As with all of the specimens collected by the Captain Yampy Catch And Release Program (codename: C.A.R.P), this will be available for adoption for one week, before be released back into it’s natural habitat, cabbage patch or apple app sack.

All specimens are unique and are guaranteed to love you long time, all for ten dollar.

If this is sold by the time of posting feel free to hassle Captain Yampy to make more. 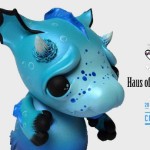 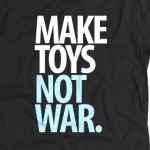