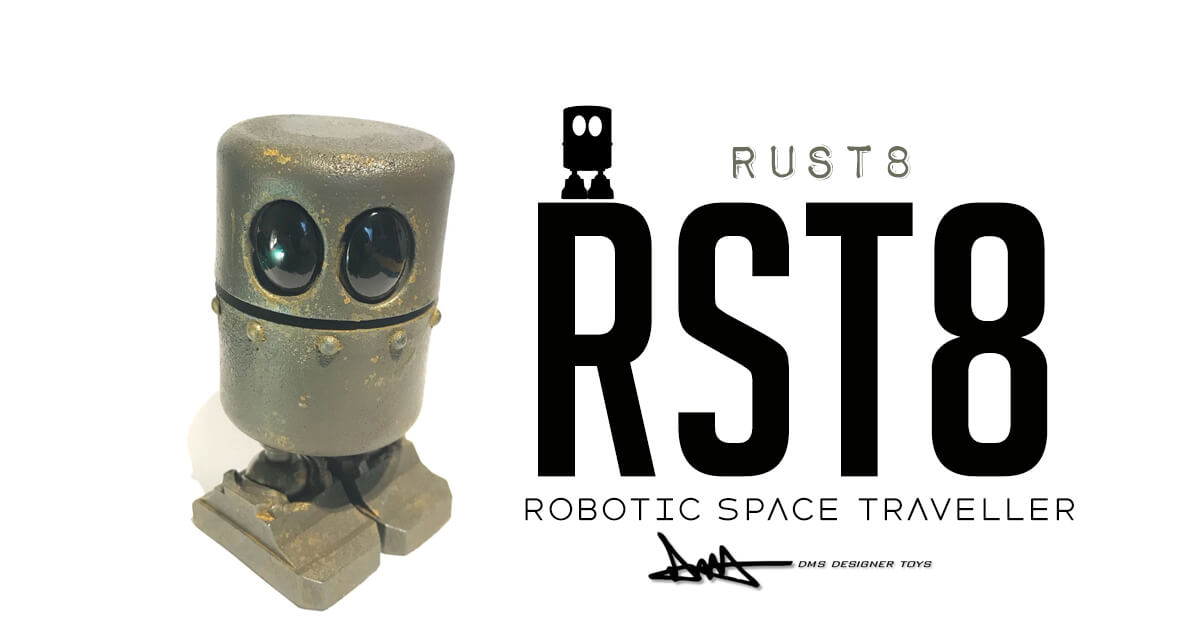 Everyone and everything needs some TLC once in while DMS much-adored RST8 is back! Meet [Rust8] the Robotic Space Traveller. Only a few more hours to go before the launch of the new version of RST8 [Rust8] Each one will have slightly unique weathering which DMS is known for. RST8 [Rust8]  awaits your TLC.

They were out in space, scattered throughout the universe. The primary objectives, of exploration and transmission of the details of their discoveries, were coming to an end. They would soon be completely alone, abandoned by their masters.

Learning of company plans to decommission his RST series of Research Space Technology robots, leaving them stranded among the stars, a disgruntled robotics designer sends a satellite signal to override their BIOS.

With their A.I chips enabled, and now transmitting solely to their protector, these units embark on a new journey of self-discovery as Robotic Space Travellers. In RST We Trust.

The eighth colourway of the super cute Robotic Space Traveller by DMS.

Measuring at 3 3/4″ of polyurethane resin. Textured in a distressed style, with a weathered, rust effect paint job and cute gloss black eyes, with magnetic articulation between the head and body.

Limited to only 25 pieces of this rusty military green colourway, priced at £15.99 plus shipping.

Also check our dear friend Windys Toy Box, for beautiful photos of the cute little robot. In this session she explorer the RST2 model; 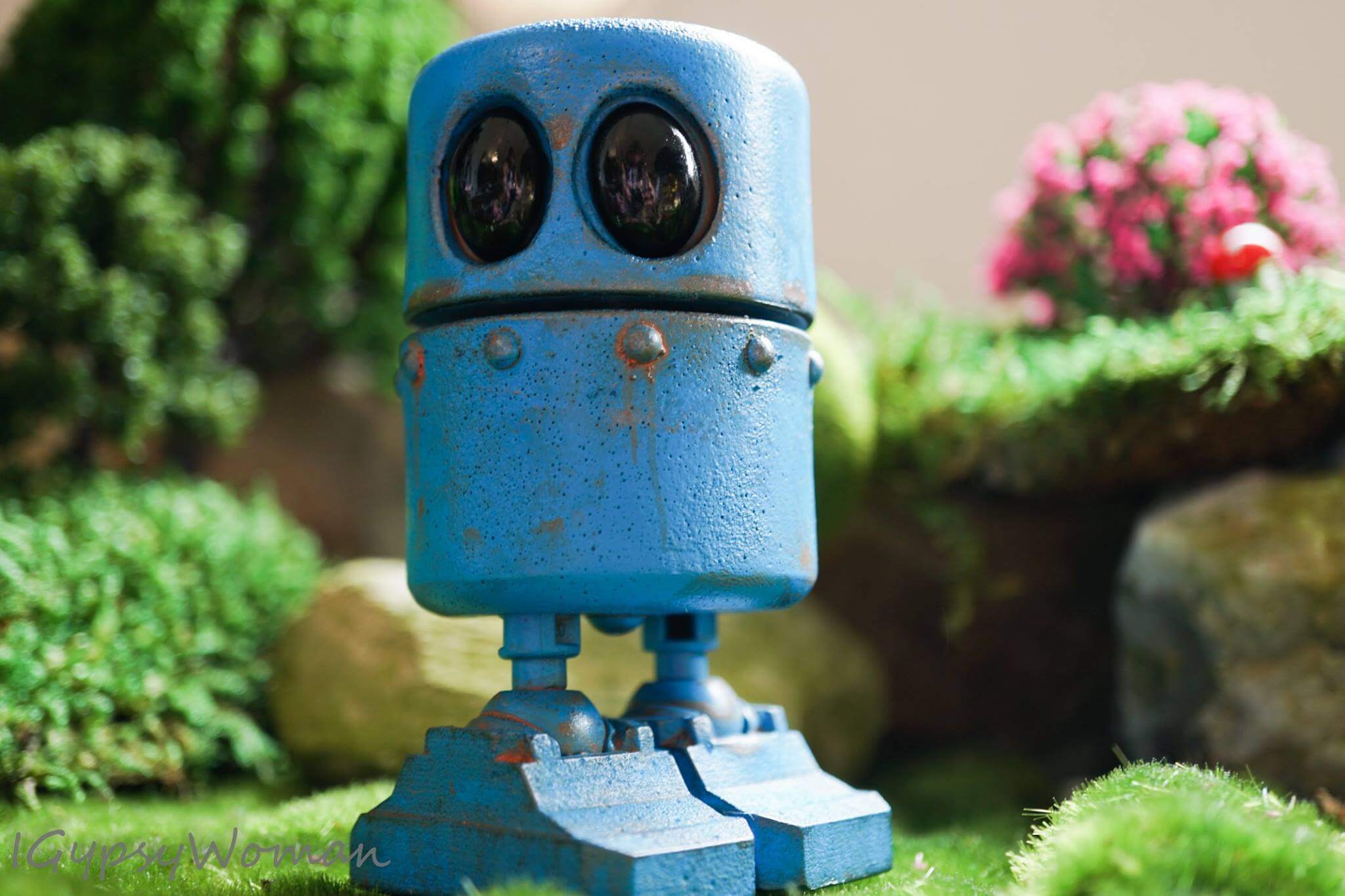 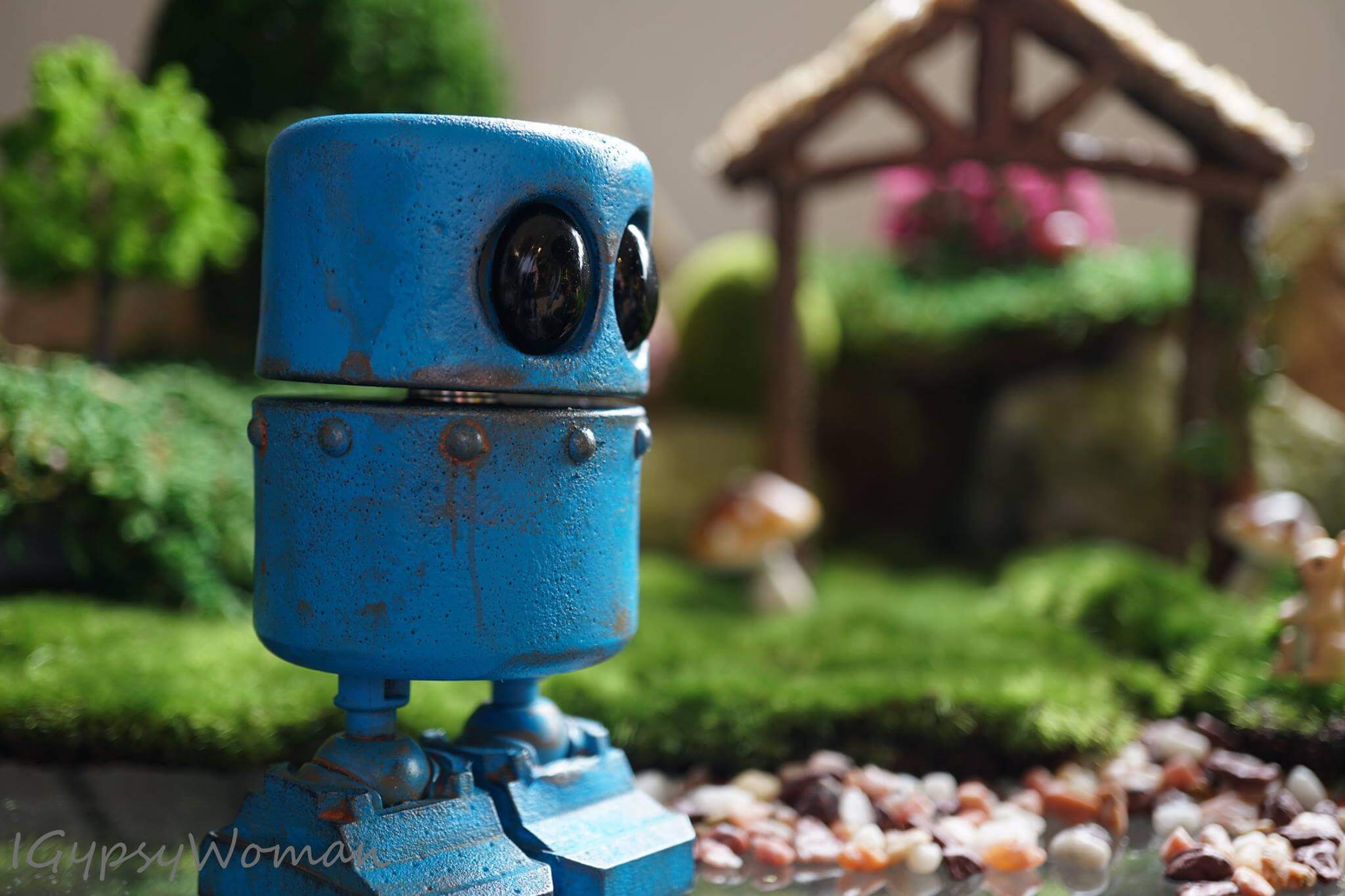