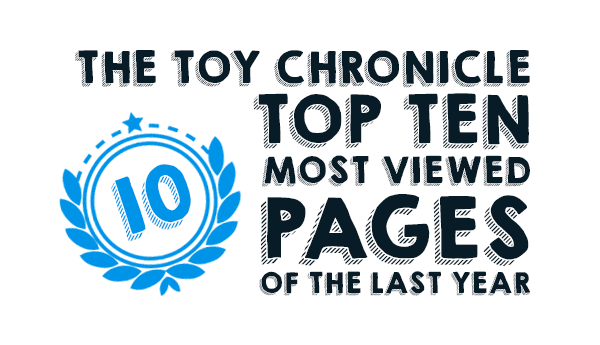 Well, we can officially call it a year. October 28th 2013 to October 28th 2014! The Toy Chronicle has survived its first full year, fairly unscathed too. To celebrate we thought we would take a look back at the Top Ten most viewed posts over the last year. What was your favourite post of the year?

10. http://thetoychronicle.com/breakingnews/the-toy-chronicle-may-bank-holiday-crazy-ass-sale/ (24th May 2014 with 1528 pageviews)

We start off our list with one of our favourite posts of the year. The Toy Chronicle May Bank Holiday Crazy Ass Sale. We hid a 99% discount code somewhere within the website. Lots of you searched for it. So much so the website had almost 20,000 page views over the period of the Bank Holiday weekend. The page that the code was located on had 16 views. The code was never found. The draw entry info for the 1000toys TOA Heavy Industries Synthetic Human Test Body edition drew alot of interest when it was dropped in August. Clearly a very impressive piece. Making it in to our Top Nine position. Our Art Wars Moniker post sparked some great interest. Making it in to the Top Eight when it has only barely being on the TTC site. Nice work indeed! These cute Apo Frogs leapfrogged in to our hearts last month. Racking up some impressive pageviews in the meantime! Mr Fink makes his little way in to our Number Six slot. 2014 was the year of the Omen. In total there were 22 different variants of the popular Coarse Omen. Taking our June Omen release post in to the Top Five of the year! When we released information regarding the ToyConUK 2014 exclusive from ThreeA and OneSixthBruce it grabbed folks attention, easy to see why! Amazing! Another OneSixthBruce exclusive enters the list, in at Top Three this time with the cute Chibi Groot by Hiroyasu Ike! I am Groot. Possibly. With an impressive 15,000 pageviews, our Number One post from the last year is the unboxing review of the 1000toys TOA Heavy Industries Synthetic Human! With over 200% more page views that the Number Two spot we have a clear winner! The Synthetic Human also took the Number Nine spot above for their release information. So it was a well accepted piece over the last 12 months!