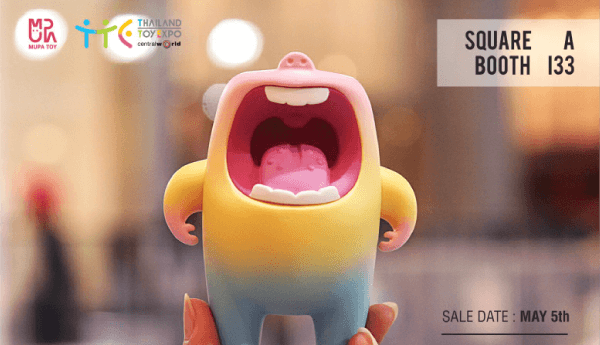 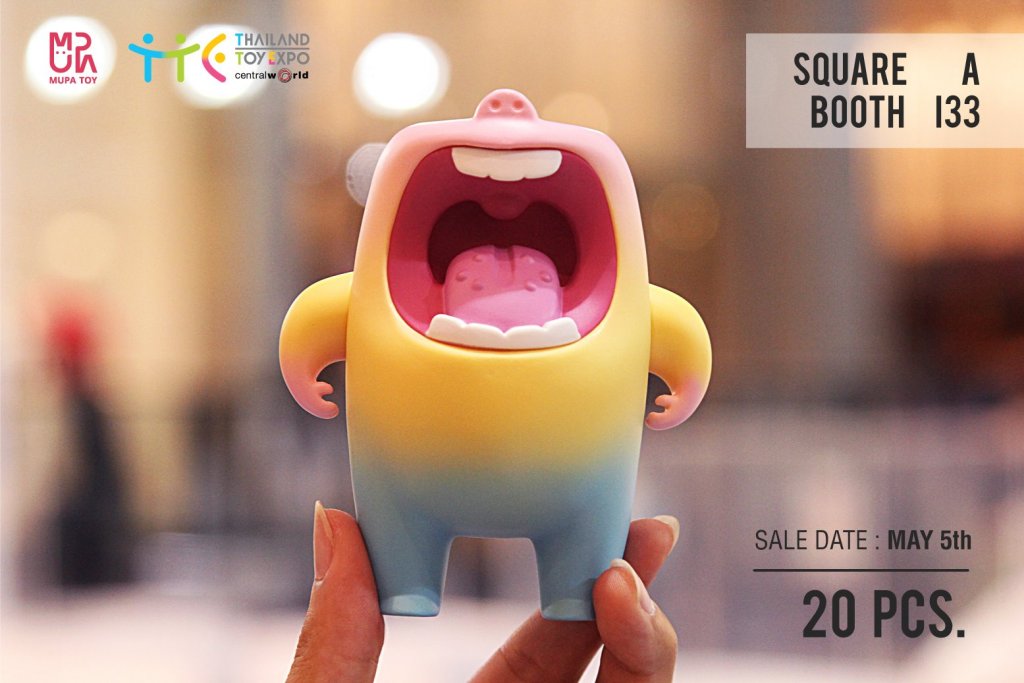 There are 20 pieces available at TTE today. Available from the Square A, Boot #I33. Priced at 1700BAHT (£40). Don’t snooze on this colourful beauty!

Rainbow Cake Mallow has a total of 100 pieces, so there WILL be an online release of Rainbow Mallow in the future. Keep your eyes on The Toy Chronicle for more details.

In other Mupa Toy related news, they released TWO glow-in-the-dark Mallows this week at Thailand Toy Expo. Available in Green GID and Blue GID, these two soft vinyl figures were released in a small batch yesterday (limited to 30). Priced at 1500BAHT (£35). There are another 30 of each colourway available, which will be sold online at a later date. More details soon. 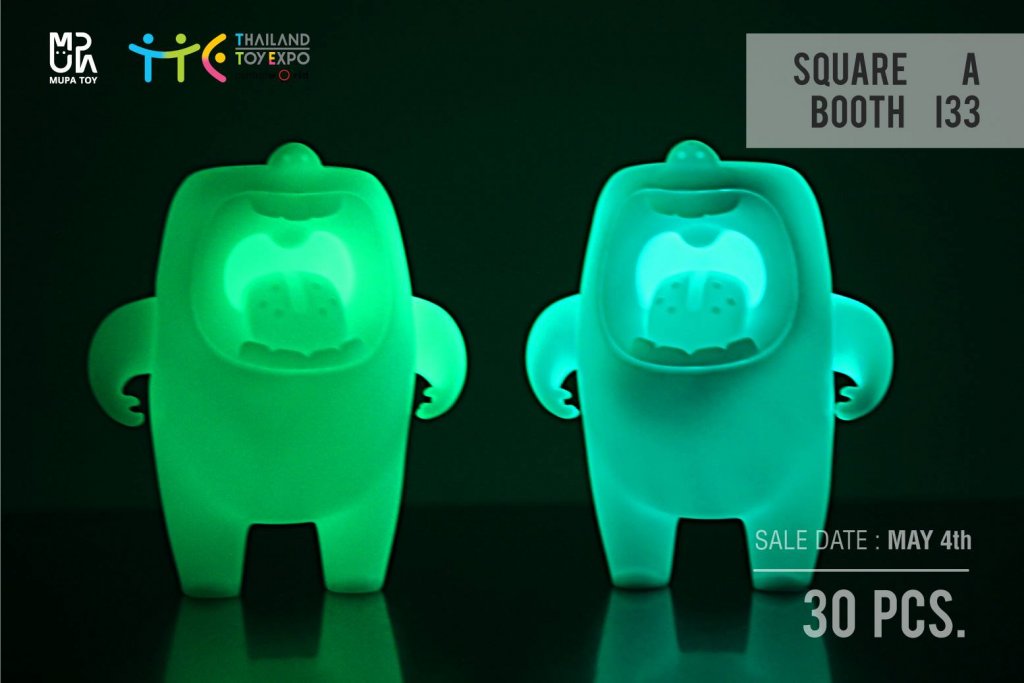 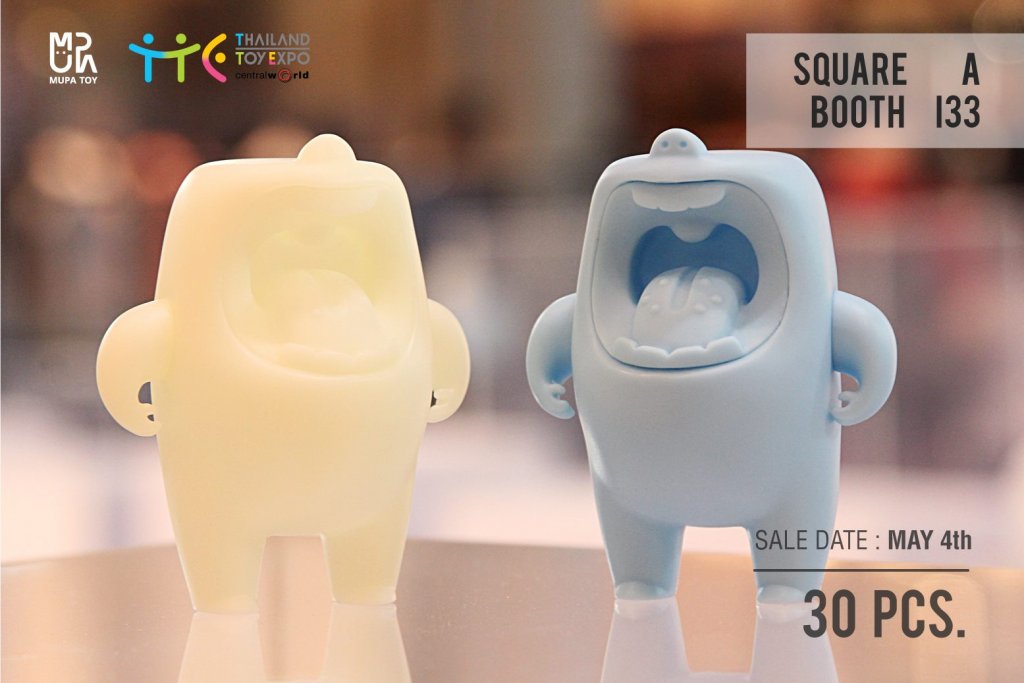 You’ll get your Mupa Toy news first when you download the TTC Mobile App. Designer Toy news direct to your smartphone, for FREEEEE!