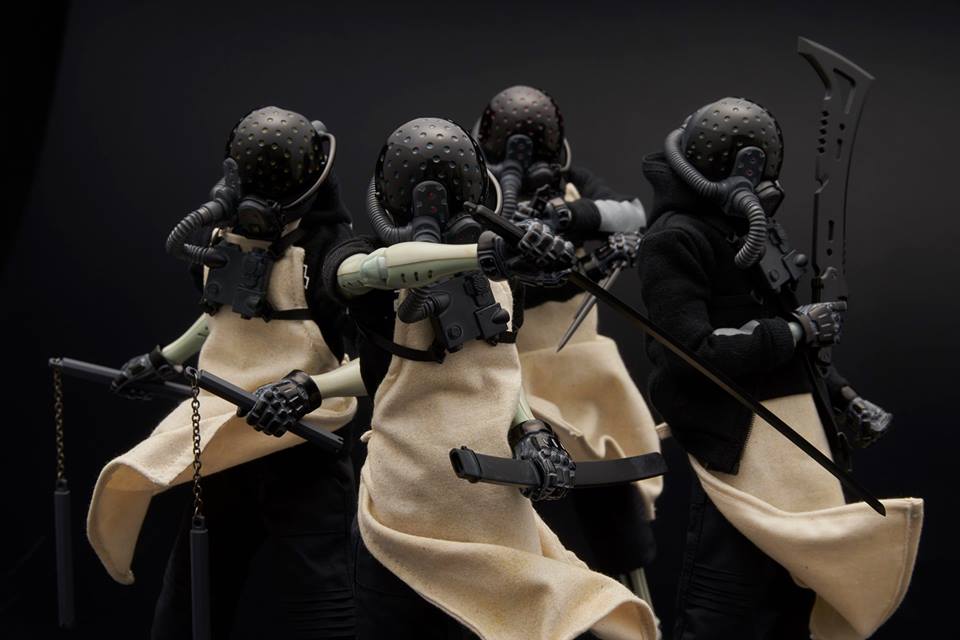 At the San Diego Comic-Con (SDCC) next week, 1000toys will be selling the Anti CaRB Squad ‘Seiji’ as an exclusive item! Sales will be at the Bluefin booth. The ‘Anti CaRB Squad’ is an enforcement unit formed of 4 Synthetic Humans under orders from TOA Heavy Industries, to search and dispose of the ‘Collared-and-Reprogrammed-Body’(*pre-order for the CaRB ended in May).

Even with their faces covered by under-generated protective membrane, these experimental bodies are operated mainly for close quarters combat purposes.
The helmet is directly connected to the outer shell of the skull, with its protective membrane stripped off.

Due to the wide angle view, environmental info indication, energy supply support from the helmet, and the high-solidity frame used for both legs, longer operation time for close quarters combat has been made possible. Each body, with its own identification color and specialized weaponry, hunts the Collared-and-Reprogrammed-Body in a joint operation together with other members of the Anti CaRB Squad. Following is the sales schedule and price info for the 4 Anti CaRB Squad members.(*Each single members will be sold at different events)

And, for those of you who cannot come to these events, 1000toys will be selling a small number of the Anti CaRB Squad at the 1000toys Web Shop in AUGUST. Details on the sales will be announced as soon as the schedule is fixed. 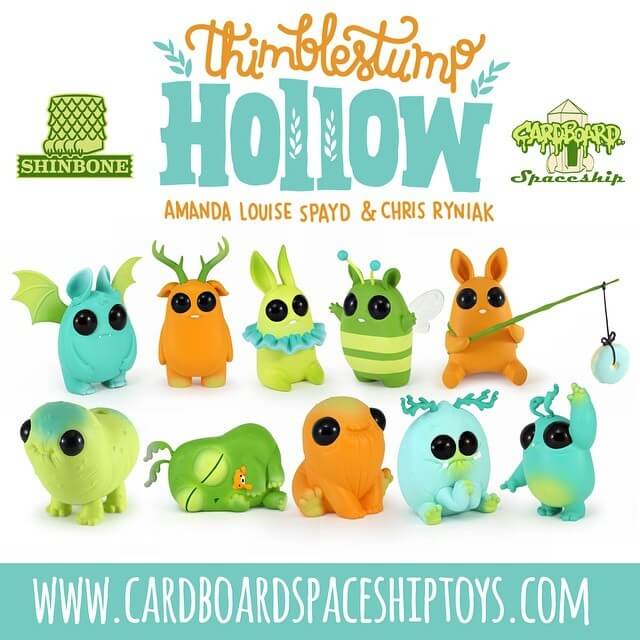