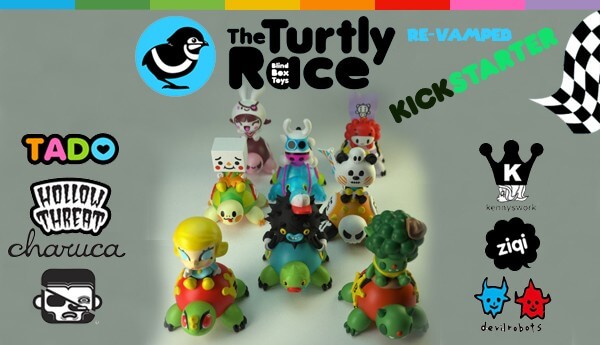 QuailStudio’s revamps and re-launches the “The Turtly Race” Kickstarter project due factory changes and finding a cheaper factory to make the project more reachable to the target.  The goal for the Turtly Race Kickstarter project is to fund the production of a high quality 4? Blind box vinyl Art Toys series of 8 different characters and bring colours, love and happiness to everyone. Obviously. When we saw our favourite Sheffield duo, TADO, were involved with The Turtly Race we had to find out more details.

Other artists, from around the globe, are also involved. Here is a neat image of the artists including TADO…

With $22,394 target it is still a huge goal but TTC hopes it reaches the target with 19 days left to do so. You can see the project via http://kck.st/1GnoNW5

“Regarding the price I understand it might be quite steep but unlike most blind boxes which are 3″ tall those ones stand at 4” tall, also just the Turtle itself have 6 movable parts and more depending on the characters on top, Also some models have quite intricate color patterns. All those factors combined make cost go up since more molds and tooling are required. Kickstarter fees, Bank transfer fees as well as international shippings fees are also included in the price. I would love to be able to make them more affordable, I am currently looking at other factories that could potentially bring the price down, I just don’t want to sacrifice good quality for price.
so if I manage to find the right factory that can match great quality with better price, I will cancel this Kickstarter and relaunch it, hopefully it will work better the next time around.”- pervious cancelled Kickstarter.

The sketches we have seen so far for this project look impressive. 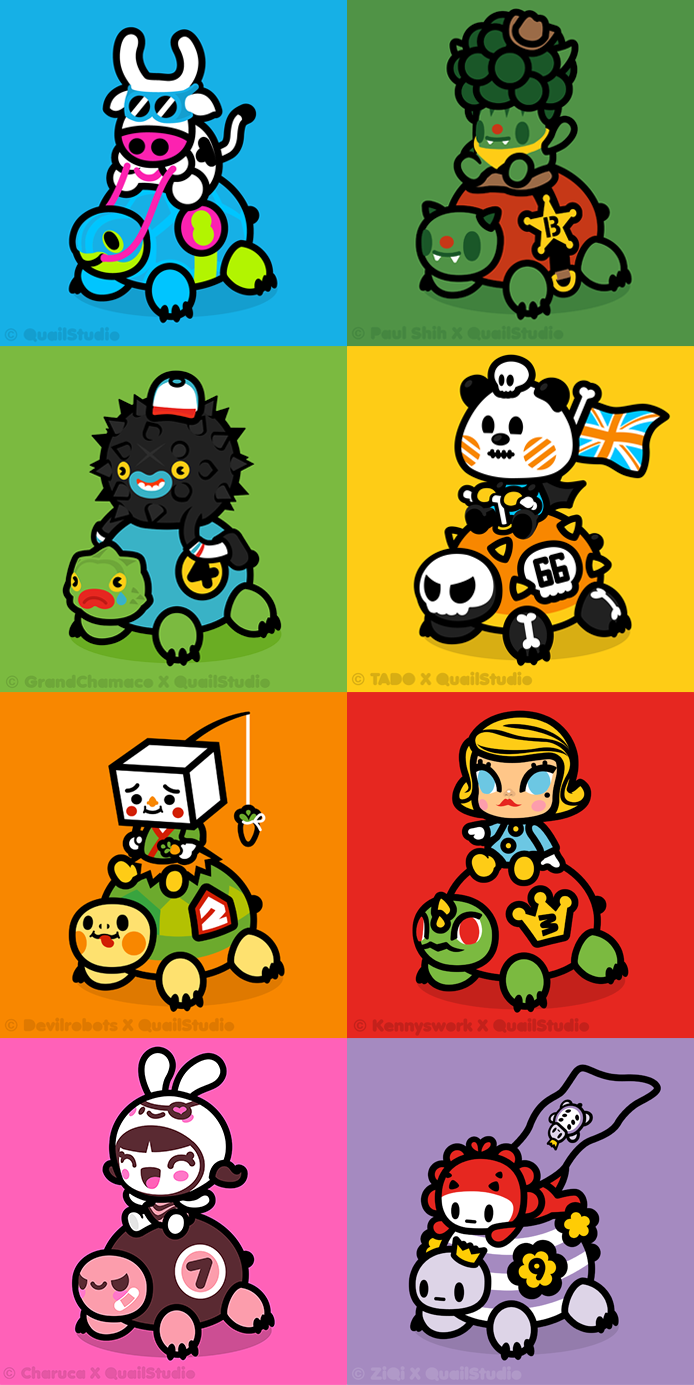 “Although each toy appears to be quite simple they are actually more complicated on the inside, I had to think about the technical part of making Vinyl Toys. Each toys of the Turtly Race series have a minimum of six points of articulation, up to nine points depending on the characters. By doing so it allows ease of manufacturing, I was also able to optimise molding by tweaking similar piece to make them identical. For instance at first the Turtly feet at first  were all slightly asymetrical, but by making them all the same only one mold can be use to produce all of them. Which also allow you guys to swap parts between all the Toys.”

There are plenty of good rewards, for example pledge £39 get you three of your choice win win!

If you’re interested in backing this Turtly Race project head over to Kickstarter HERE!

Keep tabs on QuailStudio work Via all the social media