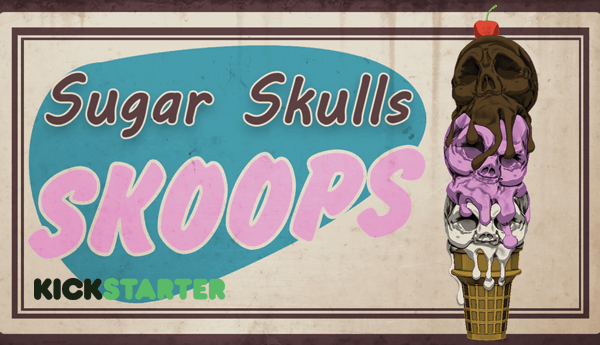 Want some ice cream with that skull, Sir? One skoop or two? You can even go three skoops with the latest Kickstarter campaign running by OctoKing Studios. Their new resin Sugar Skull Skoops are ready to melt their way into your cold heart! 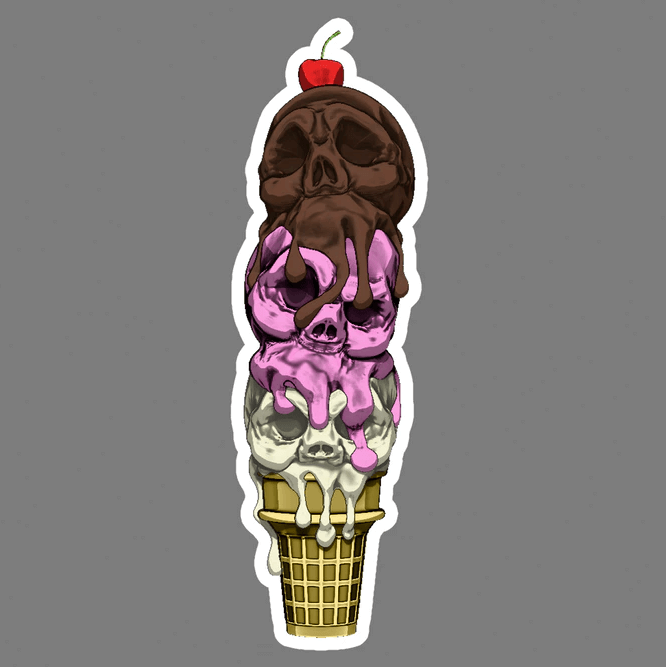 There is a cool pic of their 3D prototypes below, where you can see the different sizes of Skoop that will be available! The Sugar Skulls Skoops are available to back via the Octoking Studios Kickstarter right HERE. 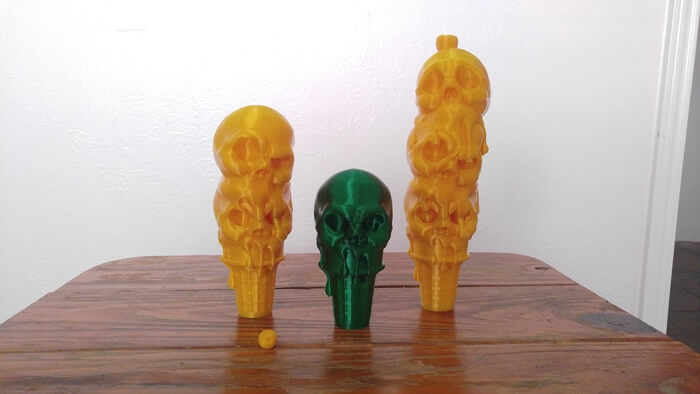 And here is a size comparison of the three different Skoop sizes. Going from 5inches to 10 inches! How big do you want your Skoop?

There are 3 variations of the Skoops, each titled appropriately. 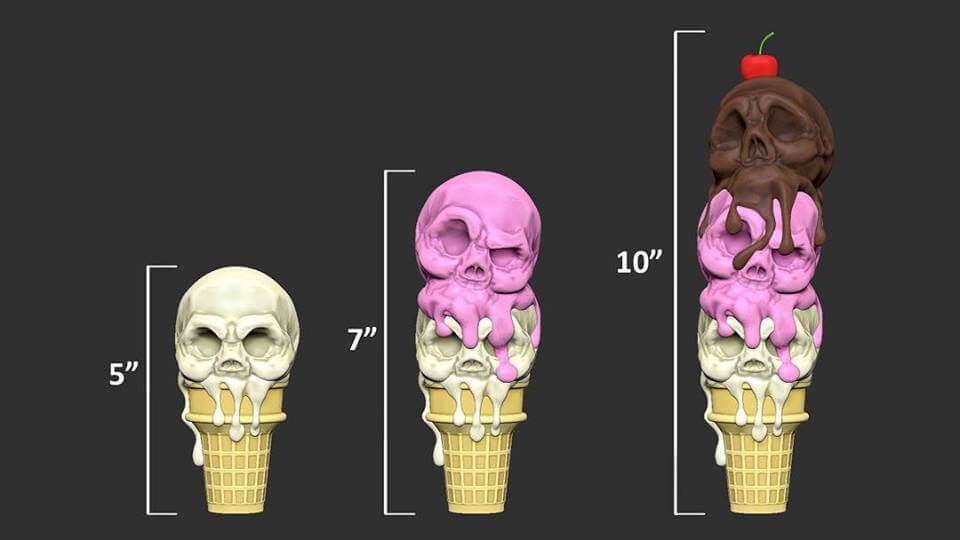 All figures are hand molded, cast in resin, and painted in-house by WyattOfTheAfro. The files have already been sculpted in Zbrush and the prototypes have been printed out. All that’s left is the part where you come in. Help OctoKing Studios to raise the money to bring their sugary sweet figures to the world. There are plenty of levels to back this Kickstarter campaign all at different price ranges! Ranging from $5 to $200! Check out their infogram below for the different levels you can get involved in this Kickstarter…

So if you’re interested in backing this Sugar Skull Skoop Kickstarter,  you can find their campaign HERE. It’ll run through to Feb 1st, so hopefully, it’ll hit its $3000 goal. If this is your thing, defo go give it your backing.